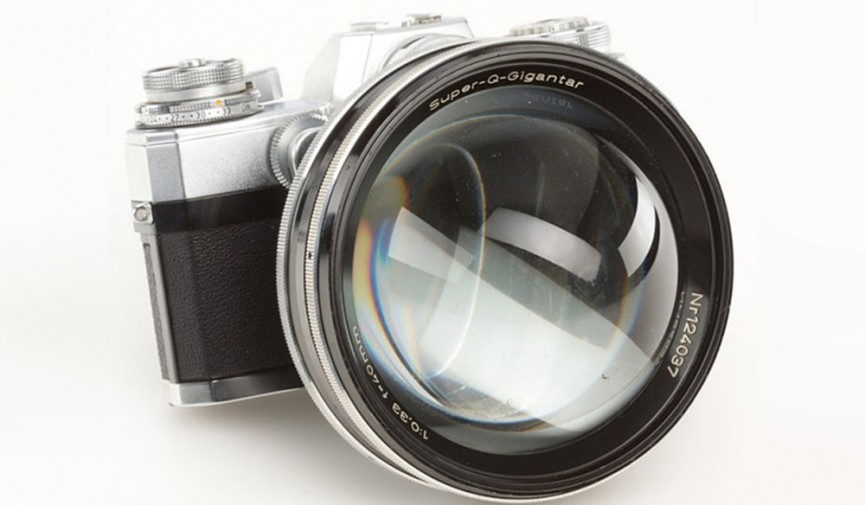 What is the Fastest Lens Possible?

Is there a limit to how fast a lens can be?

If you’re a gear fanatic like me then you may have considered, “what is the fastest possible lens?” The lens market is currently flooded with lenses that are approaching or have surpassed a f-stop of 1…but is there a limit?

In the following video created by Matt Granger he looks at how fast a lens can get and still be useable.

When considering the f-stop of a lens, manufacturers have many considerations but the big two are usability and price. As you probably already, know f-stops aren’t a representation of the amount of light coming into a camera, rather they are a mathematical formula:

As you might imagine, if you wanted a lens to have an f-stop of .2 on a 50mm lens you would have to have an aperture diameter of 250mm (which would look and feel ridiculous if you were actually trying to shoot with it). Such a lens would have such a shallow depth of field that you practically wouldn’t be able to use it.

The second consideration, price, is also a huge factor in determining the potential f-stop of a lens. Lenses with large apertures are expensive…some are really expensive. For example, take the Canon 50mm, a 1 stop jump from the 50mm f/1.8 to the 50mm f/1.2 is an increase from $100 to $1,500. That’s a 1500% increase, yikes!

Want to learn more about lenses? Check out our Understanding Lenses Series, where we take a practical look at how lenses work.

Have any experience with shooting on large aperture lenses? Share in the comments below.