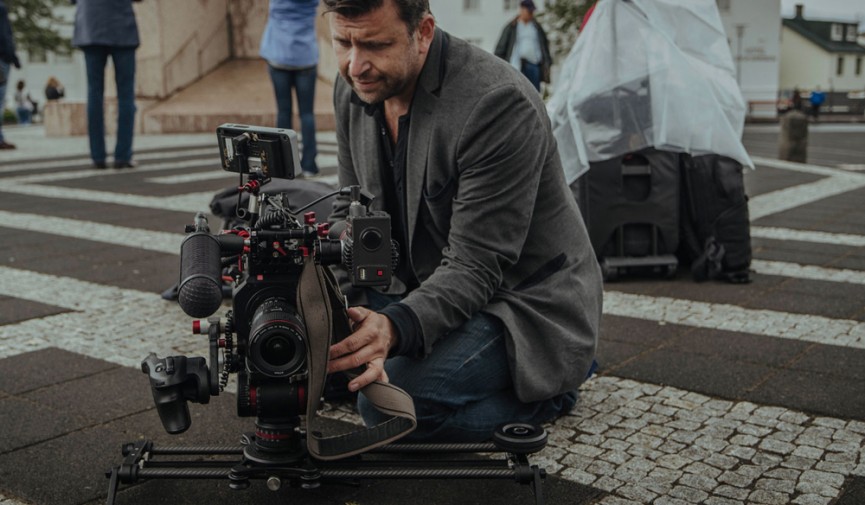 Get Moving With Dolly Systems Under $500

Adding dolly movement to a film or video can really enhance your project. Let’s take a look at some dolly options that come in under $500.

When you need movement in your work, a dolly system is a great asset to have in order to get those smooth motions. The only problem is most dolly systems can be extremely expensive. Let’s take a look at four options that won’t break the bank.

This method is for those who just don’t have the money to spend on any dolly system, but need to capture a quality dolly shot. The process is pretty simple and can be accomplished with a standard tripod. In the video below, Film Riot’s Ryan Connolly shows us how to mount our camera to the tripod and reduce the length of one of the legs, allowing the other two legs to work as pivots while keeping the tilt of the camera straight. If you’re in a pinch with little to no money, this will get the job done.

Another way to capture a smooth dolly shot is by using a tripod dolly system. This system showcases a platform for your tripod to rest on, while the wheels underneath allow you to move it across a smooth surface. Options for this type of dolly aren’t too expensive, as you’ll see below. Luckily, Film Riot has another video that shows us how to make our own DIY tripod dolly for very little money.

Another very inexpensive solution for capturing a dolly shot is using a table top dolly. These small dolly systems allow users to mount a DSLR camera to a small plate that rests on wheels. This type of dolly system comes in really handy if you’re ever doing interviews and have access to a flat surface.

While you have your main camera on a tripod capturing a static master image, you can place a secondary camera on the table top dolly in order to get cutaway footage. It’s a cheap solution and very effective. If you’ve paid attention to camera tech on Kickstarter, then you would have seen a really interesting table-top-style dolly system called the Hercules by Rollocam.

The last dolly system option is the slider. For many filmmakers and videographers, sliders can be extremely effective during narrative, commercial, or industrial work. Sliders are pretty robust, and many times will require more than one person to operate. Just be aware that sliders can range anywhere from $100 to roughly $1000 depending on the length and brand. However, once you use a slider, you’ll find that you can capture some amazing dutch or angle shots for your next project, as our very own Brent Pierce shows us in the video below.

No matter your budget, you can add a really nice professional element to your visual work with dolly shots. This will not only make your work more impressive to fellow professionals, but it will keep your customers or producers coming back with more work.

Do you use a dolly system for your productions? Are any of the options we mentioned a part of your visual arsenal? Are there any other cheap dolly shot solutions you can recommend? Tell us all about your experiences in the comments below.