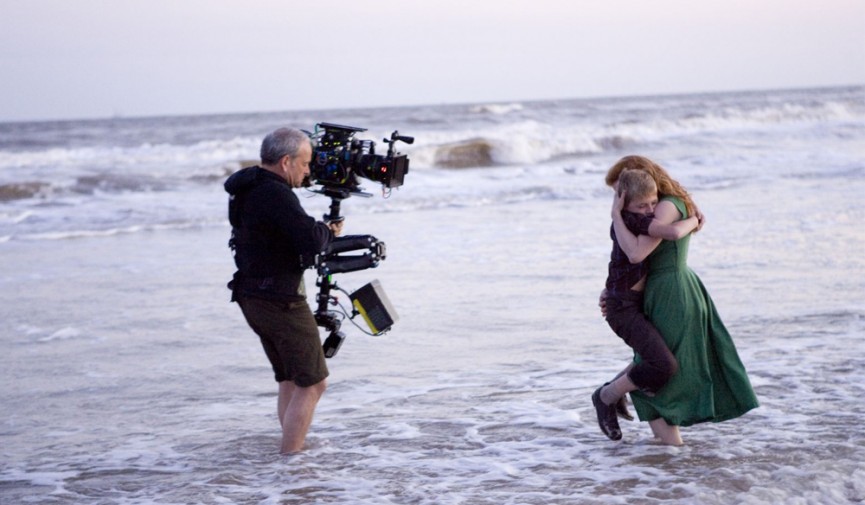 How (and When) to Use a Steadicam Shot

Fluid cinematic movement has been a staple of filmmaking since the 1975. Let’s explore the Steadicam shot and learn how to use it properly.

A few weeks back, we explored some stabilizer options in the article, Questions to Ask When Picking a Camera Stabilizer. Now let’s look at one of those stabilizers a little more in depth.

Just about every film and video production made today at some point will make quality use of Garrett Brown‘s invention known as the Steadicam. And why not? It’s an amazing tool to have at your disposal. But as is the case with any creative tool, there’s a time and place to use it. So we’re going to take a good look at when and how to use a Steadicam for both film and video productions.

Who is This Garrett Brown Anyway?

Since we evoked the name of Mr. Brown in the opening, it’s only fair to tell you a little about him before we move on. Working in Philadelphia, Garrett Brown began his filmmaking career in the early 1970s. However, Garrett wanted to be able to move with the camera without the use of dolly track or cranes. So he set out to figure out how to make a rig that would allow him to move with the camera and capture a smooth shot.

By 1975 he had developed a prototype of the Steadicam and sold it to the first company he showed it to. To get a quick look at how Brown’s invention has revolutionized the industry, here’s a great supercut of the very best Steadicam shots in film history, some of which we’ll breakdown further.

When to Use the Steadicam Shot

Now, while you could use a Steadicam for an entire film or video production, the question is why would you? The fluid motion of the Steadicam is great and looks fantastic, but there are plenty of times in a film when it would be better to put the camera on sticks. Just like we said in the opening, there is a time and place for using the Steadicam and we’re going to give you some examples of those moments.

Scorsese and the Goodfellas Steadicam Shot

In this scene from Goodfellas, Martin Scorsese uses the Steadicam to take the audience on a full tour of what it’s like to get the star treatment as a gangster. Our impression of the scene mirrors that of Karen, who is getting her first taste of the mob life with Henry.

Were Gonna Fly Now with Rocky

In this scene from Rocky, the director John G. Avildsen wanted to show Rocky going through his training regime without using static shots of him running by the camera. He wanted the movement and pacing to match that of Rocky as he was making his way from the shipping yard to the iconic shot on the steps of the Art Museum.

Danny, his Tricycle and the Girls in the Hall

For this scene from The Shining, Stanley Kubrick had Garrett Brown follow young Danny’s tricycle ride around the hotel. Just moments before the scene below starts, the framing of Danny was tight and close… but when we get the kitchen hallway, Danny gets some distance, which Kubrick uses as a way to convey that he is now drifting off on his own. We then follow Danny in a hallway where he turns the corner and is met by the Grady twins.

Documentary Style Brilliance in The Tree of Life

One of the best outcomes of using a Steadicam is total scene immersion. For instance, in Terrence Malick’s The Tree of Life, two-time Academy Award Winning cinematographer Emmanuel Lubezki worked closely with his Steadicam operator Joerg Widmer to create imagery that felt close and personal. Much like a documentary film. By doing this they pushed the audience into the space with the characters, thus allowing for a more emotional connection. While a large portion of the film was shot using a Steadicam, it works because it has the look and feel of a “fly on the wall” documentary film.

How to Capture a Steadicam Shot

You would think that this is an easy question to answer, right? You just load up the Steadicam and start filming. Well that sounds right in theory, but there is a lot that goes on before you even mount a camera… and that has to do with balance. This is the most important aspect of a Steadicam. Here is a great video tutorial with Steadicam operator Jerry Hol in which he goes through the steps of making sure a rig is good to go, taking both static balance and dynamic balance into account

The reason you’re using a Steadicam is to capture smooth flowing shots around your characters or subjects, so you need to be creative in how you go about this. You have a wide range of motion when operating a Steadicam, so put that to use for you. Find dynamic ways in which you can improve and enhance the visual narrative. Don’t use a Steadicam just because you can. Be sure there is a reason for using it versus just putting the camera on sticks.

Joining Forces with the 3-Axis Gimbal

Over the last few years we’ve seen the introduction of the 3-axis gimbal rig, and many peoplesaid it would be the end of the Steadicam. Just don’t say that to Garrett Brown and the heads of Freefly, creators of the MoVI 3-axis gimbal. Here Teradek gives us a great interview with Garrett Brown and the folks from Freefly at NAB 2014, where they talk about the possibilities of combing the benefits of the Steadicam and the MoVI 3-axis gimbal.

Do you operate a Steadicam? Are you looking to get into Steadicam work? Do you have any tips to give us? Let us know your thoughts in the comments below.