How to Create a Cliché Demo Reel: A Q&A with Peter Quinn

Art Director Peter Quinn talks about inspiration and how he created the most cliché demo reel of 2014.

A demo reel is one of the most important marketing tools any filmmaker or motion graphic designer can have. Demo reels show your clients and fellow artists what you are specifically capable of creating. Even more, showreels and demo reels give the world a glimpse into your creative style, which helps differentiate yourself from other creatives in your field. However, a quick visit to any Vimeo showreel page will reveal many common similarities across modern demo reels. These cliche’s include:

A quick solution to avoid making a cliché demo reel is to avoid using these design elements like the plague, but motion graphic designer and art director Peter Quinn has embraced these design elements. In his 2014 demo reel (or  rather anti-reel), Peter used only cliché’s across the entire length of the video. It has since gone viral appearing everywhere from Motionographer to LesterBanks. If you haven’t seen it yet here it is:

Pretty awesome huh? Peter was kind enough to answer a few questions regarding the video:

Q: What inspired you to make this project?
A: I love showreels, and make sure to watch a few every morning with my first coffee. Noticing my own reel was insanely out-of-date got me thinking about reels in general, and I somehow started to make these clips.

Q: How did you decide which cliches made it and which did not?
A: Well, I’m sort of guilty of these type of cliches in various guises. I’ve got plenty of client work that uses well known tropes, and more typically, my own personal tropes… things I seem to do over and over again.

Q: How did you become such a talented motion graphic designer?
A: Like lots of people, I’m self taught, and had a few lucky breaks. I was working in Ireland, but took a job at Blink in Vancouver, it’s a shit-hot video production place that I’ve found I really fit into as the graphics guy. It’s fast paced, requires me to push myself, and I’ve found my style really works here – so I’m always sharpening my tools.

Q: What do you think showreels with cliche content are saying about the artist who made them?
A: I think cliched reels are fine. You’ve got to walk before you can run, so I get it. But as motion designers gain more experience, they can move away from the examples from tutorials, and start to combine skills and veer off into their own style. All my knowledge came from Greyscale Gorilla or Video Copilot, or other amazing educational resources like that, and I bet lots of guys and gals have come along a similar path.

Q: How important is originality when making a demo reel?
A: The Einstein quote “The secret to creativity is knowing how to hide your sources.” kinda says it all… It’s really hard to be completely original. But try.

Q: Do you have any advice for someone about to create their own demo reel?
A: If you’re starting out – Nick and the guys at Greyscale Gorilla are one of the finest learning resources there is. They’re great guys, and know their sh!t. Video Copilot isn’t so up to date any more. Google Todd Kopriva’s Adobe blog and also check out EJ Hassenfratz at Eyedesyn. They’re also great resources.

Q: Why you are giving away your project files? & What can we do to get them?
A: I’m just uploading the projects files to my site – it’s mostly After Effects and some Cinema 4D files (removed any materials that weren’t mine to share) and I hope people find them useful to learn from – or mock when they realize I’m a complete hack.

Q: Anything else you would like to say?
A: Keep making cool sh!t everyone, so I have something to watch with my first coffee of the day. It’s important.

Whether you believe Herman Melville when he said “It is better to fail in originality than to succeed in imitation” or believe creativity is more innovation than originality, it is really important to take Peter’s advice and look for new inspiration everyday. If you’re looking for a great place to start check out our Best Showreels and Demo Reels page on Vimeo. Side note: Please don’t just modify publicly available project files (like VideoCopilot) and include them in your demo reel. It’s misleading and lazy.

Peter Quinn is an Art Director at Blink in Vancouver. You can check out more of Peter’s work on his portfolio page. We also found this gem on his site: 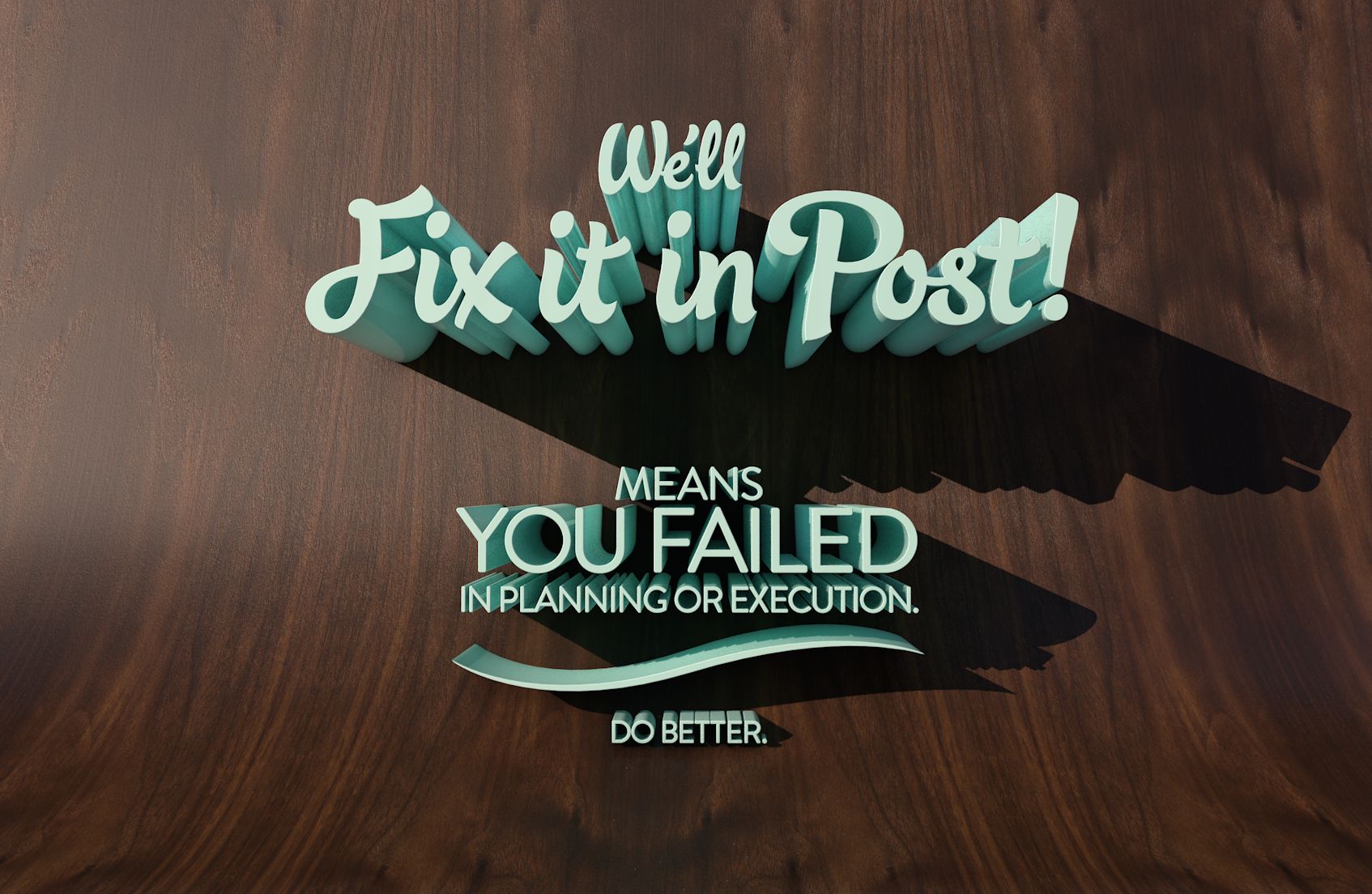 Want some help developing your demo reel? Check out our post: Top 20 Tips for Creating A Successful Demo Reel. If you are still interesting in continuing this debate over originality we highly recommend reading our post on innovation.

Should using cliché elements in a demo reel be avoided ? Any other cliché’s you want to add to the list? Share your thoughts in the comments below.