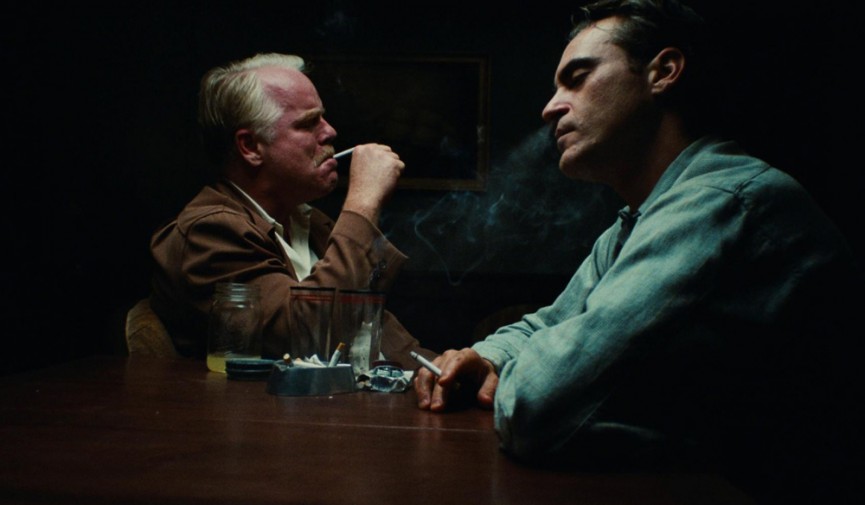 How to Create a Powerful Cinematic Look With a Single Light

Need a powerful cinematic look? Only have a single light? No problem. Here are a few ways to create some dramatic atmosphere with only one light.

Top image: The Master via The Weinstein Company

A professional set of lights for film production can get pretty expensive. While lighting is crucial, especially on a mystery or film noir production, you may not have the capital to drop on the gear you need. But don’t fret. There are plenty of ways for you to convey the mood you want.

As you can see in the image above (from 2012’s The Master), director Paul Thomas Anderson utilizes a single light setup to convey a sinister and foreboding mood. It essentially tells the audience that at some point something is going to go very wrong.

So, how do you capture imagery like this with only a single light? Let’s take a look at some basic lighting techniques you can use the next time you need some powerful contrasting imagery.

Ways to Work With a Single Light Source 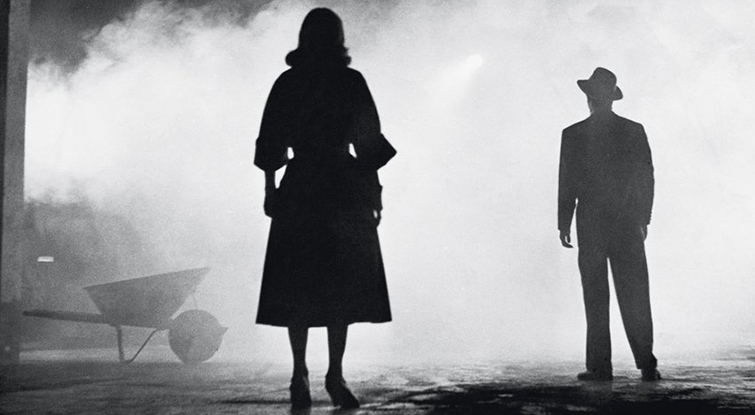 The best use of a single light source is utilizing it to create a powerful contrasted image like a silhouette. A perfect example of using this single light approach can be seen in 1955’s The Big Combo. In order to capture the image above, cinematographer John Alton had to use several techniques alongside the single light source.

First, he dropped the camera at a low angle with a wider-angle lens. This gives the audience a full view of the characters as well as the space. Then, in order to capture the desired silhouette image, Alton used a fog effect. By using fog he was essentially able to create a large white backdrop. 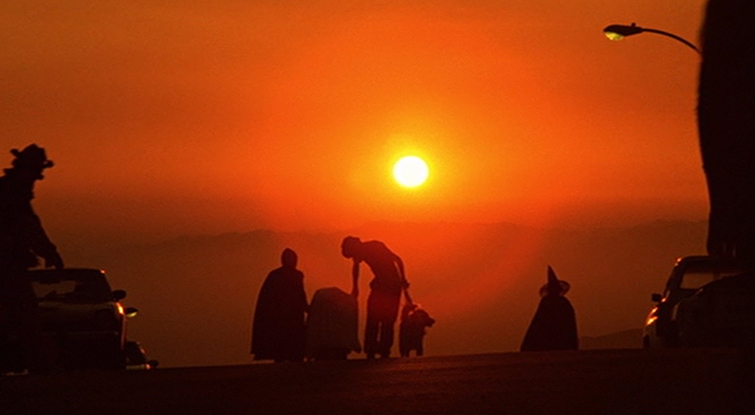 You don’t need a fog machine or an actual light fixture to capture the silhouette look. Legendary director Steven Spielberg has been capturing this look for years with only the sun as his light source. In the image above, Spielberg and his cinematographer Allen Daviau captured a shot of the main characters walking toward the setting sun.

It’s simple in technique, but powerful in terms of visual information. To capture this shot, take your camera and attach a wider-angle lens (such as a 35mm prime). Since you’ll be filming into the sun, use some filters to capture the color and look you want (you can find a solid filter breakdown at B&H Photo). Then all you need to do is wait for the golden hour to capture an incredibly beautiful silhouetted image.

Backlight With a Reflector 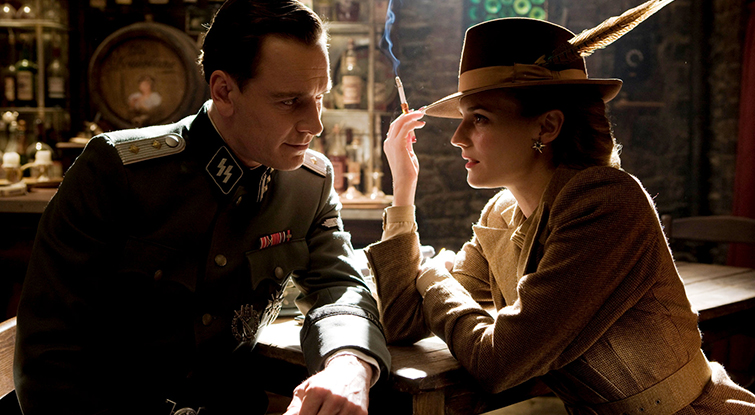 In this shot from Inglorious Basterds, we have a scene that could have been lit with a single light and a reflector. This shot suggests that a 1K light with a Frost or Quarter diffusion was placed directly above the talent.

However, to really capture this look, you would use a large reflector at 45 degrees camera right to reflect light back at the talent. The reason we believe the reflector is camera right is due to the shadow just under the earring of actress Diane Kruger. You could also use two reflectors, but place them opposite of the talent being lit. 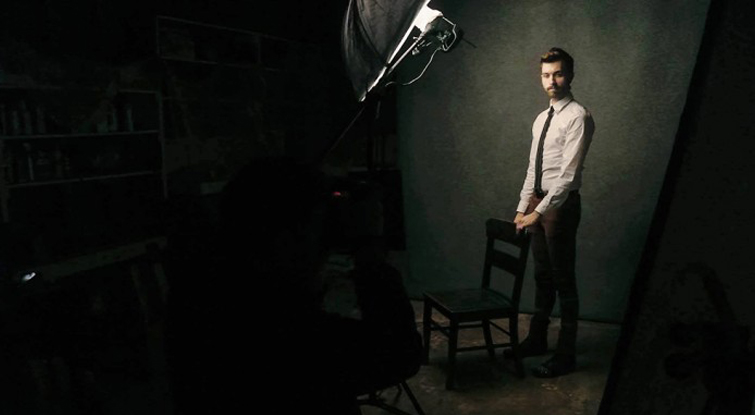 Make sure the light is a significant distance away from the subject. So, around 10 feet or farther. – Michael B. Mullins, ICG

Finally, let’s jump back to the film noir look that we started with. This is a classic look that’s easily captured using a single light source. If you don’t have the cash to purchase a high-end light, then check out this incredibly helpful tutorial from Ryan Connolly and Film Riot.

What’s your favorite way to work with a single light source? Share your experiences and thoughts in the comments below.