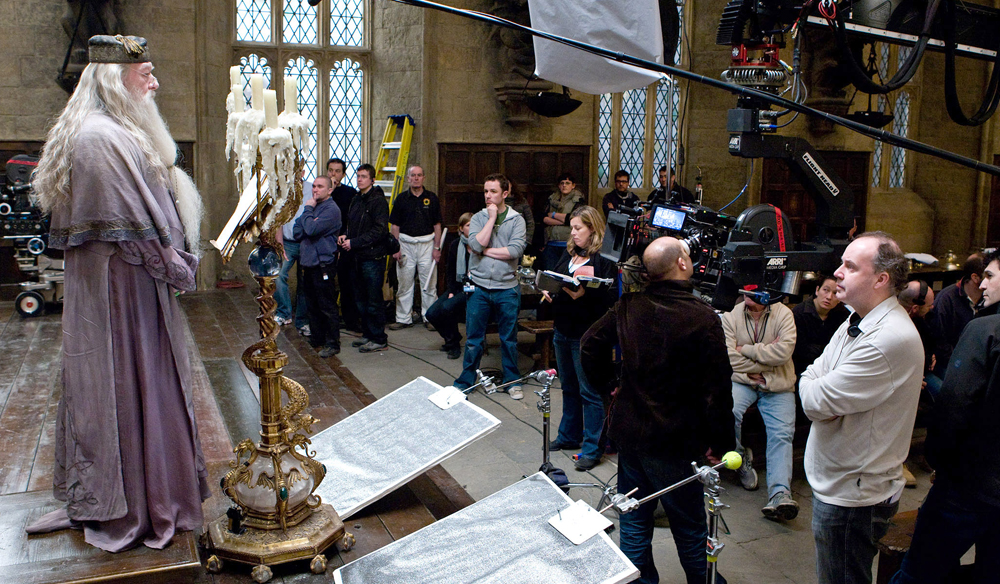 How to Creatively Use a Reflector on Location

Utilize these tips to creatively use a reflector on location to capture the right lighting for your next production.

Top image: On the set of Harry Potter and the Order of the Phoenix via Warner Bros.

On every major production set, cinematographers and videographers utilize reflectors to help enhance or dilute light. The same creative practices that these large-scale productions use can be replicated by you using a standard collapsable reflector or reflector panel that won’t kill your budget.

There will be times when you’re on location and you only have natural light around you to work with. Or there will be instances where you have lights available, but their output is more than you need. Let’s look at ways to take advantage of this light by learning how to creatively use a reflector on location.

As a Key Light

Behind the scenes of Capitan America: The First Avenger via Marvel Studios

A key light is your most crucial light. It clearly highlights the form of your character. Now, if you find yourself on location with nothing but natural light, you can use a reflector to generate the key. What you’ll want to do is place your talent with their backs to the sun. You can now use the reflector to bounce the sunlight onto their face, thus creating a key light. Here is a video from Film Riot that shows you how to do just that.

Utilize It as a Diffuser

Behind the scenes of The Hunger Games: Catching Fire via Lionsgate

Sometimes when filming you’ll find that you might have too much light. In this case you’ll want to diffuse that light so your character isn’t harshly lit. If you’re working on location using natural light, then you can use the translucent side of your 5-in-1 reflector and place it between your character and the sun to diffuse it. This will cast a nice smooth light across your character versus a harsh light.

Behind the scenes of The Tree of Life via Fox Searchlight

Another way to use a reflector creatively is to use it as a shader. There have been countless times on various sets where the natural light is great, especially later in the day, and your character is getting a great key light on the side of their face. But then you notice that there is a reflective light on the other side of the face and you would like that to be darkened with a shadow. For this you’ll want to use the black facing side of the reflector and situate it between your character and the reflective light source. Once this is done, you should see that your character has a nice even shadow opposite of the key light.

Rim light is almost as crucial as the key light. It’s used to separate the character or subject from the background, giving your shot depth, as you can see in the image above from the 1982 film Blade Runner. In order to get this type of lighting with a reflector, take a 300k light, point it straight up, and use the reflector at an angle to bounce that light onto the subject. The light is now diffused enough that it doesn’t create a sharp edge light and it backlights the subject in an even manner.

A Kaleidoscope of Color

What if you need a variation of color that moves in the lighting of your shot? You can use a reflector for that too by attaching color gels to the surface of the reflector and bouncing the light from the sun or a light onto the subject. This could be used in situations where the lighting calls for a need of multiple colors, such as simulating the flicker of fire on a character’s face.

Can you think of other creative uses for a reflector? Do you use reflectors often on your shoots? Tell us about your experiences in the comments below.