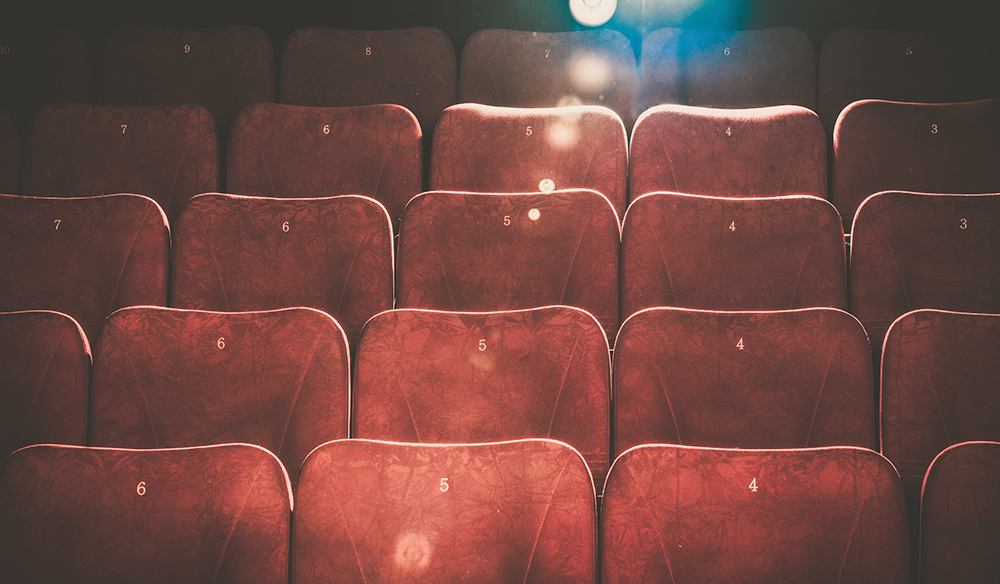 How to Pick the Right Tone, Shots, and Music for Trailers

If you’ve spent hundreds of hours working on a film, it makes no sense to skimp when it comes to editing the trailer. There are a lot of things to remember when cutting trailers. Editing trailers is just as difficult as editing the final film, and at the core of the trailer is the music. In the following post we’ll take a look at how to create a good trailer and the role of music at a fundamental level. So whether you’re looking for royalty free trailer music or simply want to learn more about cutting trailers, here are a few tips for your next big trailer project. If you have any additional insights, we would like to hear them in the comments below.

As with most editing, the best way to start editing a trailer is to sit down and watch the entire film first. In doing so, you’ll be able to get a better idea for the type of material with which you will be dealing with. While you can certainly get an idea of what the film is about by scrubbing through, you won’t catch the subtle nuances that make for a great trailer that can be found when watching it through as an audience member.

My favorite way to do this is to watch the film and set markers in the timeline at points in the film that would make for a good trailer shot. To help with this most NLEs will allow you to set markers on the fly during playback. Even if you spent countless hours already editing the film, it’s best advised to review the film once you’re ready to put yourself in “trailer mode”. The secret here is perspective. Don’t view your film as an editor during this phase, view it as an audience member. Ask yourself:

Music should not be a big consideration at this point. This phase is all about figuring out what your trailer can be.

The next step is figure out the way in which your trailer is going to be structured. In other words, how is your trailer going to tell a story? Trailers come in all shapes and forms. From a simple clip directly taken from the movie like Cloverfield all the way to a narrated introduction (every 90’s trailer ever).

In terms of the classic ‘Hero’s Journey’ form of storytelling, your trailer should serve as the first and second acts with only hints about the third. This is why it is so frustrating as an audience when you see clips from the climax of a movie (Act III) in the trailer. If you give away the ending, you’re taking all of the narrative joy from the actual film. Essentially you are eliminating the audiences need to go see the film.

A ‘modern’ trailer typically has five parts which are typically in the following order:

1. Start With a Scene From the Film

Most modern trailers start off with a very interesting scene from the film. The goal of the introduction scene is to establish the tone for the film/trailer. If the scene is strong enough (as it should be) your audience should want to keep watching instead of clicking on the recommended cat video next to it.

Towards the front of most trailers, a setting is defined in one way or another. One way is to simply have titles pop up on the scene, another is to have your characters define who they are. Typically you will find perfect setting-defining V/Os in the early part of your film. Another option would be to hire a professional voice actor to define the setting — but be wary. This “In a World…” style of trailer has become almost a parody in itself.

In most modern films, characters are introduced using a series of sound bites from the film. Its in these early stages that you will introduce your character before they’ve undergone their transformation. You don’t want Shia Lebouf thrusting an Allspark into Megatron, you want the scrappy kid who is in over his head.

Unless you just so happen to have your plot spelled out in the film, this will be the hardest part. In a nutshell, you want to explain the plot while building up your audience’s excitement.

The last goal of your trailer should be to leave your audience wanting more. This is done by creating a cinematic hook. There are many ways to do this. From visually stunning montages to a funny one-liner, it just depends on what you want your audience to remember.

Step 3: Figure Out Your Trailer Style

There’s no right or wrong way to create a trailer, just like there’s no right or wrong way to structure a film. But you should make it your goal to appeal to the biggest audience possible. At the end of the day, the trailer is going to convince or discourage your audience from seeing your film. While not every trailer will fall into one of these categories, most film trailers can be defined as one of the following:

A teaser is much different than a trailer. While a trailer typically explains the plot through a narrative structure, a teaser is more like a taste of what the entire movie will be like. Teasers are typically extended clips from a film with light transitions between them. A teaser can be a great way to keep your audience excited during the post-production process.

As stated above, a “standard” trailer is a trailer that follows a traditional trailer story arc: Introductory Scene, Establish a Setting, Introduce Characters, Define the Plot, and Hook the Audience.

Having great music in your trailer is a must, but sometimes music can be the thing that drives the trailer, rather than the other way around. Lots of care needs to be given when looking for the right music for trailers.

Trailers don’t have to have the same narrative structure every time. At the end of the day, a trailer is simply a tool to get butts in seats. Sometimes a traditional trailer structure simply won’t do and you will need to venture into something a little more complex. Just remember when working with more complex trailers, it’s best advised to write out an outline.

Many editors will skip defining a narrative and instead find epic trailer music and try to simply insert clips into it. While this strategy isn’t horrible, in many cases it doesn’t lead to the best trailer possible. Music selection should occur only after you pick how your trailer will be structured.

While it is probably impractical to get a composer to create something for you, there is a great tool out there called (you guessed it) PremiumBeat.com. Here on PremiumBeat, we have thousands of songs that are perfect for trailers — and the best part is we have sections and playlists already set-up to help you find the best royalty free music for trailers.

Remember you want to pick music that plays into the narrative structure of your trailer. So if your trailer takes time to get to the hook you might want to lay off the Inception horns. To make the process easier, we’ve created an exclusive trailer music playlist here on PremiumBeat to help you get started.

While impressive graphics are certainly awesome, the key when creating graphics for a trailer is to have them supplement the film, not stand alone. Good graphics don’t necessarily push the boundaries of what is visually possible. Rather, good graphics will help get people even more excited about the contents of the trailer. Take the graphics for The Force Awakens, for instance. J.J. Abrams has access to the best graphic and visual artists in the world yet the titles are so minimal. They slowly reveal the title and build excitement.

However, juxtapose the Star Wars graphics with that found in the Transformers movies. Transformers’ graphics are full of complex moving parts that help to get the audience excited about the visuals of the film. The Transformers graphics complement the film and tone which Michael Bay was trying to create.

The same techniques can be applied to your film. Seriously consider what type of graphics will induce the biggest positive reaction to your film. Typically you will want to go with more minimal graphics, but that is a creative decision that needs to be considered.

At the end of the day, a good trailer is all about getting an audience excited to see your movie. While there are many different ways to do this, the concepts outlined in this article should be a great jumping off point.

Want to learn more about creating great trailers? Check out a few of the following articles here on PremiumBeat:

Have any tips for editing a trailer? Share in the comments below.