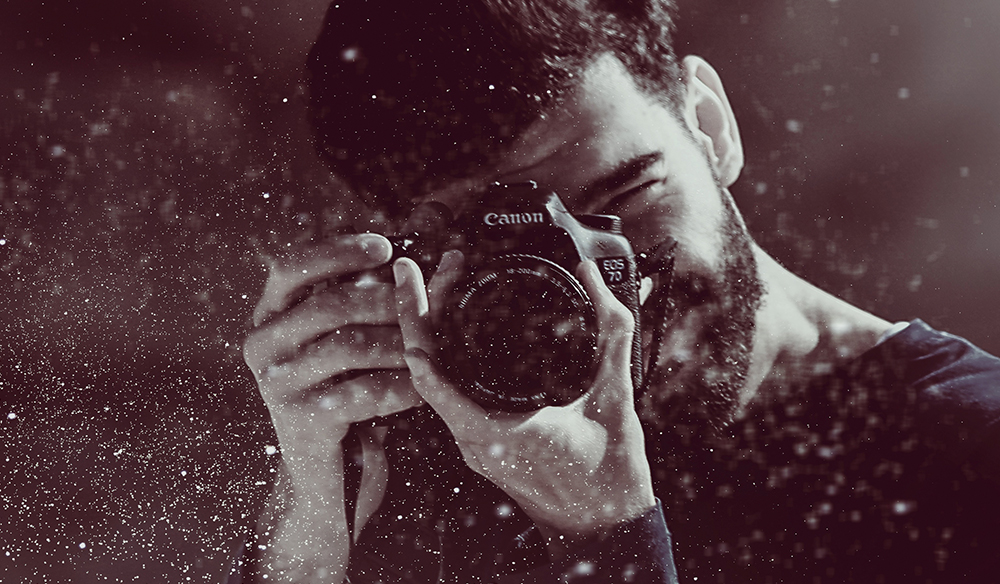 How to Remove Condensation From a DSLR Viewfinder

You’ve invested in a DSLR and tried to protect it — and then you notice moisture trapped in your camera. Don’t panic! Here’s how to go about removing condensation from your DSLR viewfinder.

Top image via Mohamed Nohassi. All other images via Shutterstock unless noted.

One of the worst feelings for any person working with expensive video equipment is the thought of it being broken. I had one such dreadful moment just the other day.

I was filming in moderate to heavy rain. I had a rain sleeve to protect my DSLR. The camera had been certified as weatherproof, so the rain sleeve was more to protect the vintage lens in use. When the rain would ease, or if I had to check a shot’s focus more specifically, I’d remove the rain sleeve for a few minutes, exposing my gear to the elements.

About an hour into the shoot, I noticed something a little different with the viewfinder. It looked almost white. Upon closer inspection, I could see that condensation had built up inside of the viewfinder. While I was able to check the shots via the monitor and LCD screen, taking photographs with the camera (which I needed to do later in the day) while looking through the viewfinder was a no-go.

The web is filled with forum posts on this matter, but only after a few hours of reading was I able to find a concrete solution by compiling a few answers together. While many who have had the same problem stated that it would be fine after a couple of days, it’s not practical to wait that long if you use your DSLR daily.

Here are a few quick tips on how you can prepare for this. I should mention, as stated in the title, this post is aimed toward those currently shooting with a DSLR, either as a primary filming camera or for stills. DSLRs don’t have the same heat output as a cinema camera, and in most cases, a cinema camera will hold up just fine.

How to Keep Condensation From Forming 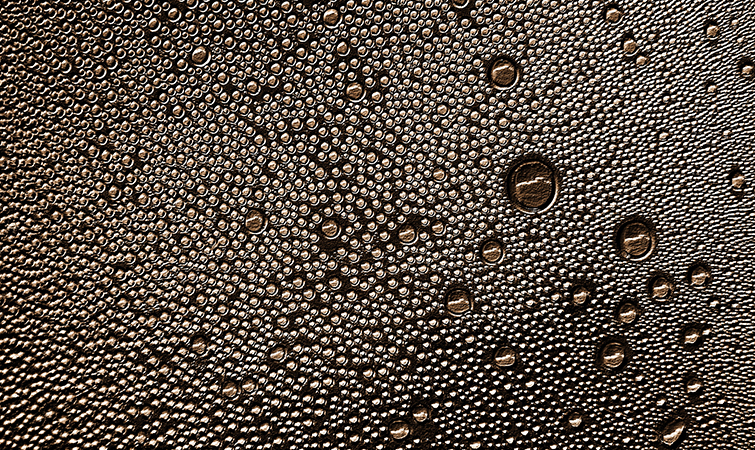 Without entering a science lesson, they key element here is Dew Point Temperature.

The key to avoid the condensation issue is to keep your camera’s temperature above the dew point. In my instance, I was a direct cause in making the viewfinder fill with condensation. As I kept removing the weather sleeve, I kept exposing the camera to different temperatures. The camera was at a temperature above dew point while under the fabric sleeve, and then when I removed the sleeve to inspect the shot correctly, the camera would start to drop to the temperature of the exterior (rainy) location.

1. Keep the Camera Under a Protective Coat 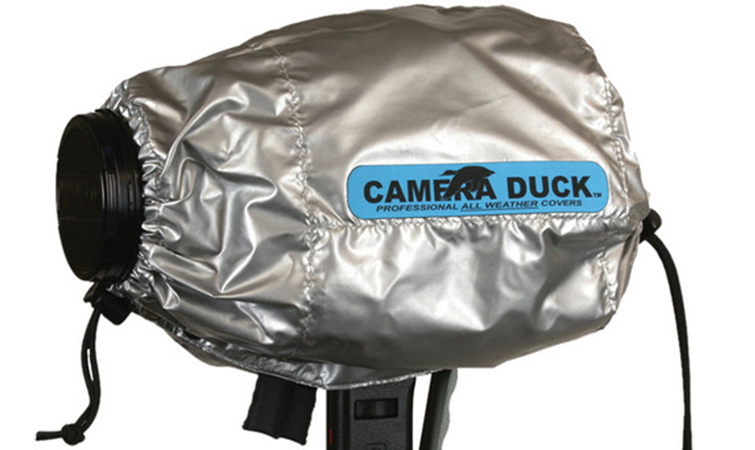 There are several DIY and low-budget rain covers. In most cases, they are a thin plastic sheet with a branded name on the front, or you can make one yourself using a sandwich bag.

Other than keeping the rain off your camera, these plastic rain sleeves aren’t going to do much in the way of protecting your camera from the cold temperature. Instead, look at a coldproof bag. These are thick nylon cases that will keep your camera and lens warm — and free of condensation — in colder environments.  The problem is, it’s unlikely that they will be waterproof. You can look into acquiring something like the Camera Duck All Weather Cover. Not only are these waterproof, but they have small pockets in which you can place warming packs which will keep your camera (and your fingers) nice and warm.

2. Keep the Camera Close to Your Body

Admittedly, this might not be very practical when it comes to filmmaking. However, the closer you can keep your DSLR to your body, the warmer the camera will remain. At a cost, you can handle the camera without gloves to maximize heat transference. In this instance, you then expose yourself to the cold weather which may result in the shoot finishing early.

3. Use a Heating Strap/Dew Strap

These are primarily used by stargazers on a cold night when they don’t want their telescope lens disrupted by condensation.

Dew Zapper Heating bands gently replace lost heat, bringing the temperature of the corrector lens back above the dew point to keep dew from accumulating and disrupting the quality of view.

This, of course, increases the complexity of your situation, as you will need to acquire a power supply for the strap. Not to mention, the strap is for the lens, not necessarily the viewfinder.

What if Condensation Has Already Formed? 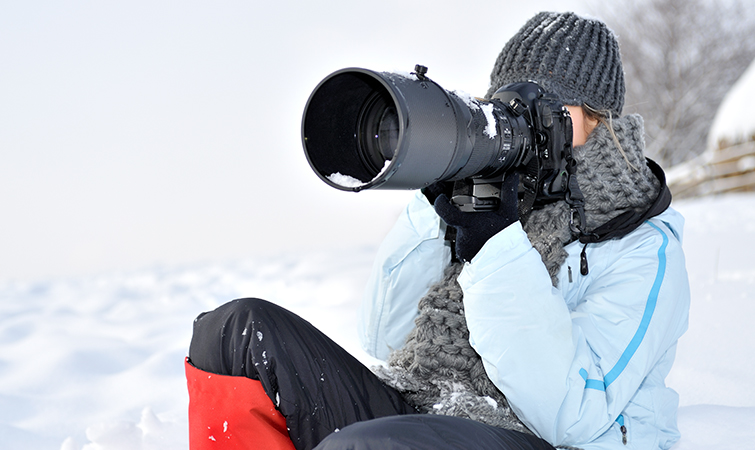 If you have found condensation on your viewfinder, don’t worry. It’s not the end of the world. Yet. There are a few things you can do to help speed up the process of bringing your camera back above dew point to correct this. 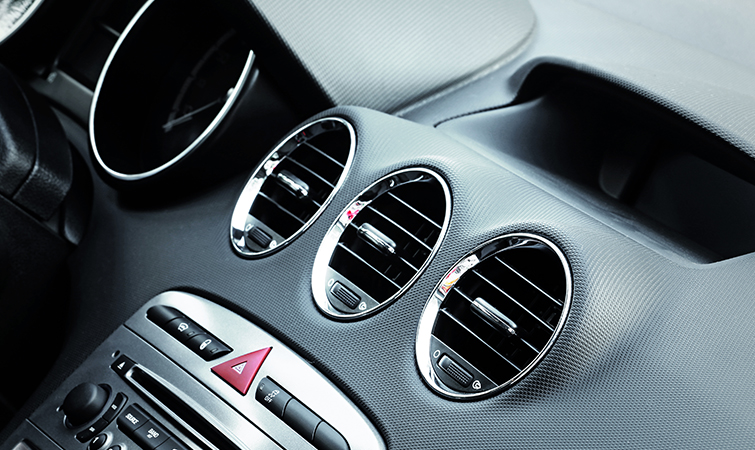 If you’re at a location where you have a vehicle nearby, quickly hop inside one and turn the heaters on — but not at full blast. You want to gradually heat the camera’s core temperature back up to remove the condensation. It won’t be an instantaneous change — you are likely to wait 15-30 minutes. Please be careful if using a hairdryer. A friend once used a hairdryer to remove the fogging from a lens. He kept the hairdryer pointing at the same spot for too long and, well, now that lens doesn’t work correctly. 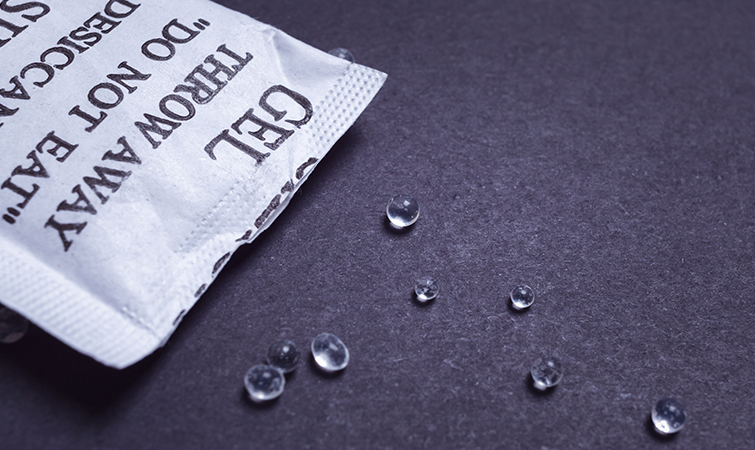 Another method (which I’ve used a good few times) is to place your camera in a contained space, such as your gear bag, with a few silica packs near the camera. Silica gel packets are the small paper packets you usually find in a shoebox along with a new pair of shoes. In short, they absorb moisture. When you place these with your camera in your gear bag, remove the memory card and battery to allow a better airflow throughout the internals of all camera compartment.

By combining all of the tips above, you should be in a position to stop — or at least contain — the condensation forming on your viewfinder.

A bonus tip for the reverse of this problem: If you’re out in the cold and are returning to a warm environment, place the DSLR into a zip-lock bag. The moisture forms on the plastic bag instead of the camera itself.

Got any tips for handling gear emergencies out in the field? Share them in the comments below!