How to Shoot Tonight’s Meteor Shower

A huge meteor shower is scheduled to light up North America’s sky tonight. Here’s a few tips on how to capture them.

Tonight is a great night for filmmakers, photographers, and space enthusiasts alike. A meteor shower is scheduled to streak across the skys of North America from 2-4AM EST early saturday morning (or late friday night depending on where you live). This particular meteor shower, named Camelopardalids, is special because it is projected to have over 100 meteors per hour compared to the 10-20 an hour average for most showers. Because of this momentous occasion we have decided to give photographers and filmmakers alike a few tips on capturing the meteors as the streak across the sky.

Shooting meteors is very similar to shooting time-lapse photography so you will need similar equipment. Namely, a DSLR that can handle exposures of multiple seconds. Forget your video camera, these meteors on average travel across our atmosphere at 291,000 miles per hour meaning they are only in the sky for a fraction of a second. So shooting video at 24fps with a rolling shutter will likely capture nothing more than grainy starry sky. 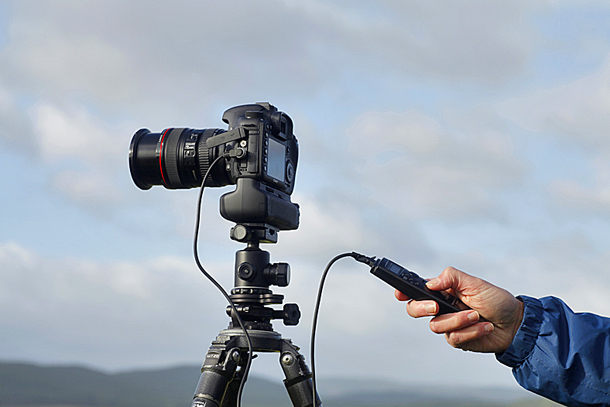 The next crucial tool needed is a timed shutter release. These tools are designed to automatically take pictures at a given duration. This is important because if you are wanting to make your meteor shower into a video you need to completely take your hands off the camera. The slightest bump will result in blurry and bumpy footage. On that note, Make sure you bring an extremely sturdy tripod. Preferably one with pointed tips that can dig into the ground and stay put.

Your camera is going to need to be taking pictures for at least 2 hours so make sure you have enough batteries. If you forget to bring extra’s, try turning off automatic preview so the LCD screen doesn’t turn on after each shot. Lastly, you will need a few memory cards for your camera. Make sure they can hold a lot of information. RAW pictures can take up a lot of space quickly.

CNN states that the best place to view the Meteor shower is east of the Mississippi River or in California. There are a few storms scheduled to be over the great plains all the way down through Texas so if you live in these states you will probably have a difficult time seeing the meteor shower. 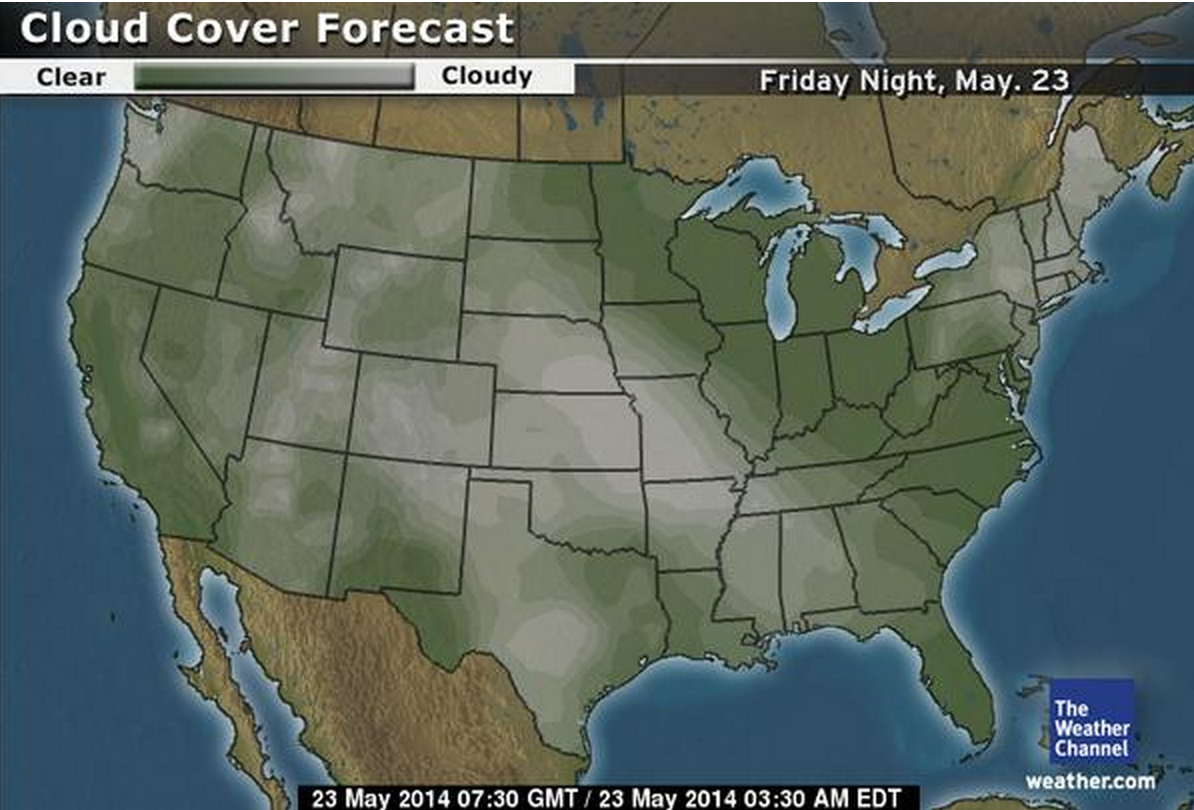 Courtesy of the Weather Channel

It is also extremely important that you get away from city lights. Shooting time-lapse footage in an urban environment will result in overexposure. If you are unsure where to go check out the Night Sky in the World website and take a look at their illuminated map of North America.

Also be aware of airplane flight patterns. They may seem like incredibly huge meteors in the video but they are far too slow and distracting. However, If you want to ever shoot some stars with airplane trails you can get some pretty awesome results.

Alright you’ve got the equipment, you’re in the perfect location (probably the wilderness of Arizona) and you’re ready to shoot the meteors. First thing you need to do is make sure your camera is set to RAW. Now grab the widest lens you have and open up your aperture as wide as you possibly can get (a.k.a. low f-stop). Hopefully you already own a few good wide prime’s from shooting video but if not, you can just rent one for tonight only, It’ll be worth it. Set the exposure time on your shutter release timer to 30 seconds for best results. And lastly adjust your ISO as needed. Remember high ISO numbers will result in a lot of noise but low a low ISO won’t capture faint meteors. It’s all about balance.

So a quick checklist:

There you go. You’re now ready to shoot the meteor shower tonight!

Need some inspiration for the shoot tonight? Check out these awesome meteor shower videos we found.

Have any other tips for shooting tonights meteor shower? Share in the comments below.