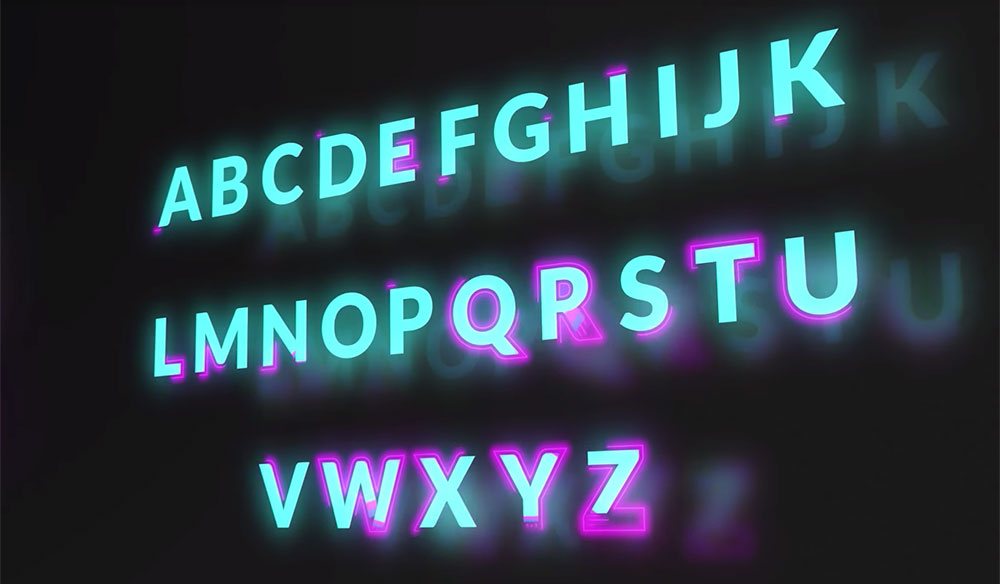 How to Use These 4 Free Animated Texts in Your Videos

Check out these free, easy-to-use, drag-and-drop animated fonts that will make any video editor look like an animator or motion graphics pro.

I will be the first to admit that animation is not a strength of mine. While I understand the fundamentals of animating text in After Effects, I often find that most of the projects I work on don’t allow me to spend too much time creating animated text from scratch. That’s why I often look for templates or pre-animated fonts.

If I had more free time, I’d certainly go down a rabbit hole of tutorials, but I’m often in a time crunch, trying to get projects delivered to clients as quickly as possible. Here are a few free animated typefaces that helped me get my videos finished, in a flash.

Most of these animated fonts are pre-rendered files that you just drag-and-drop into your NLE of choice. You’ll either stack the characters in layers (in Premiere Pro, FCPX, etc.), or you can bring them into an After Effects comp. In addition, you can adjust the scale and change colors.

I’ll also toss in some animated titles, where you can type out your text and get animated reveals directly in Premiere Pro without even having to touch After Effects.

While you can find more detailed directions on the free animated neon font download page, it’s not necessary. It’s a simple drag-and-drop process that’s relatively painless — unless your titles are really, really long.

I spelled my name, adjusted the position, tossed in a background, and exported a final title — all in under two minutes.

Here’s a brief rundown. After you download the free animated font, import the files into your project — this can be in Premiere Pro, FCPX, DaVinci Resolve, After Effects, whatever.

Drag the characters you need onto the timeline. I like to use the first characters on the top layer. It makes it easier for me to know which letters to move, in which direction.

Adjust the position of each letter to properly space out the characters. You can also resize them, if needed, by changing the scale.

So you don’t have to worry about transparency, the letters include alpha channels. I just dropped a photo in the background with a simple Ken Burns zoom in, and that’s it. Here’s what my final timeline looked like. 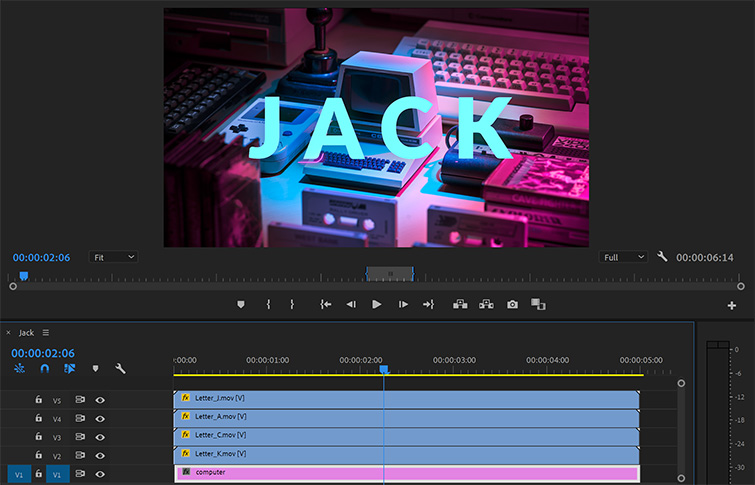 RocketStock is home to a ton of freebies I constantly use — everything from overlays to lower-thirds packages. They also have two animated typefaces that I often use. The first one is Ribbon, a simple animated font that I’ve used more than I care to admit. It’s really nice for end titles, when revealing a company name or product.

A big bonus is that select characters are animated as well. So you get 26 uppercase letters, 26 lowercase letters, 10 numbers, and 16 symbols. You just drag-and-drop any of the pre-rendered letters or characters into your project, then you can change the color to whatever you need.

The downside is that you only get one look, so it’s usually best for upbeat projects, as the font is very round. It can also be a bit tedious to drag each and every character, especially if it’s a long title. But for simplicity and good looking results, this one is still a contender.

This second free RocketStock animated font is killer (if you already have Helvetica Neue installed on your machine). Helvetica Neue is a much more versatile font that works on a variety of projects.

These animations are simple and clean. As a result, they work great on corporate and commercial projects. Like Ribbon, all letters, numbers, and select symbols are included. Again, it’s relatively easy to change the color of the animation by adjusting the hue and saturation.

Again, these are drag-and-drop characters, so it’s not as easy as just typing out your words. But for quick titles, they are nice to have.

Unfortunately, I just switched from a Mac to a PC, so I no longer have Helvetica Neue as a default font, so here’s one for the Mac users — and those of you who own Helvetica.

I’ve been using this for a mix of quick animated titles — and especially for product descriptions. Whenever you need to feature product specs or prices, I find these animated fonts super simple to use and adjust.

What’s really nice about these free animated titles is that you can quickly type out (or copy and paste your text) directly in the Premiere Pro essential graphics panel.

Hope you enjoy these free animated fonts as much as I do! Good luck on your next project.

Looking for more free video assets? Check these out.