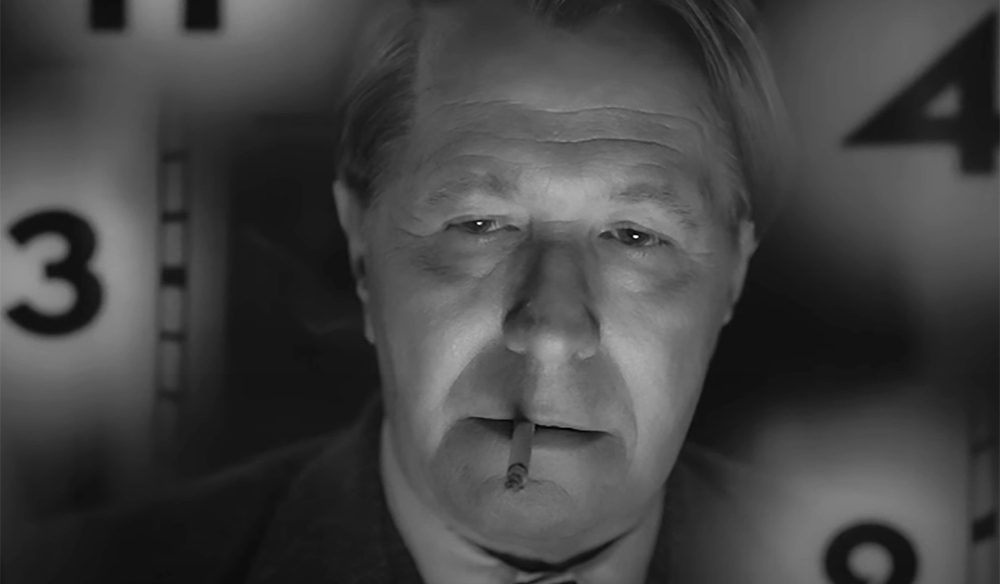 Who is Mank? An Introduction to Iconic Screenwriter Herman Mankiewicz

Take a look behind the script of David Fincher’s new biopic on the legendary Citizen Kane screenwriter Herman “Mank” Mankiewicz.

To film fans and filmmakers alike, one of the best directors in contemporary cinema has to be David Fincher. Best known for making his way up in the industry as one of the greatest music video directors of his generation, he quickly found fame directing heady psychological thrillers like Se7en, Fight Club, and Gone Girl, as well as creating highly successful streaming programs like House of Cards and Mindhunter.

So, when news came in that he was working on his next feature for Netflix, it came as a bit of a surprise that it wasn’t going to be a cerebral thriller or murder mystery. Instead, it was a period biopic, shot in black and white, and focused on the famous screenwriter Herman “Mank” Mankiewicz.

For those who aren’t familiar with Mankiewicz or his career and reputation, this may seem like a curious choice. However, as we’ll explore, “Mank” is more than a fascinating cinematic character study. He’s actually one of the most powerful and important figures in film history. So, before you catch Mank in theaters or streaming online, let’s examine what made Mank so great, as well as why Fincher’s choice of subject is actually so dear to his heart.

David Fincher’s biopic on Mankiewicz has actually been in development since 1997. At one point, it was even going to be Fincher’s follow up to The Game, before Fincher eventually directed Fight Club instead. However, the real reason Mankiewicz has been on Fincher’s radar comes not from his own interest with the screenwriter.

David Fincher’s father, Jack Fincher, wrote the script for Mank based on his own fascination with the famous scribe. The elder Fincher was a longtime journalist and aspiring screenwriter himself. He even penned a script based on Howard Hughes, which nearly became a feature (instead, the studios chose to go with a different version by another writer).

In many ways, Mank is Jack Fincher’s love letter to cinema, specifically to his favorite film of all time, Citizen Kane. He shared his fascination with the classic with his son, and it was Jack’s dream to see his son direct it. Sadly, Jack Fincher passed away in 2003. However David Fincher was able to finally bring the project to life in his honor.

Who is Herman “Mank” Mankiewicz?

Still, the question remains: Who is Herman “Mank” Mankiewicz? The answer is simply: One of the greatest screenwriters of all time. This latest biopic is centered around his personal turmoil and troubles trying to pen his famous magnum opus Citizen Kane. However, film aficionados also know Mankiewicz for working on famous scripts like The Wizard of Oz, Man of the World, Pride of the Yankees, and The Pride of St. Louis.

Originally a journalist and a drama critic in New York, Mankiewicz became a larger-than-life personality in the film world. He known for his brilliant mind, beautiful writing, and out-of-control drinking problem. Along with his dozens of credits, he was also a well-known script doctor who studios would use to fix up projects and give them that golden “Mank” touch.

His screenwriting style helped to usher in a new age of dialogue-focused, “slick, satirical, typically American film” filled with sharp flashes of humor and satire. And, while he found most of his early success in comedies, his biggest breakthrough would come when he had the opportunity to work with Orson Welles on Citizen Kane.

Long regarded as one of the greatest achievements in cinema and one of the best movies ever filmed, Citizen Kane is also one of the most fascinating and controversial. The film’s ambiguous origins and meanings feed into this controversy. Even to this day, (as you can find in Jack Fincher’s script), even though both Mankiewicz and Welles share screenwriting credits, there’s much debate as to who the actual writer of the screenplay was.

This was important at the time, as the film was enormously popular, but also drew the ire of the newspaper mogul William Randolph Hearst, who the film was allegedly based on. The feud continued as the script won the Oscar for Best Screenplay (with neither party attending the dinner ceremony), and even lasted up until Mankiewicz’s death in 1953.

However, even with muddled origins, the Citizen Kane script still stands as one of the most ambitious, yet fundamentally sound, scripts of all time. They teach it in film writing classes to this day, as it’s become a textbook example of how to create a biopic, develop character, as well as leave an audience with a satisfying ending. And, if you’re interested, you can actually read the script online for free here.

The story of Herman “Mank” Mankiewicz is important to both aspiring screenwriters and filmmakers alike. And, Fincher’s latest biopic does a great job of bringing both the character, as well his work, to life. The film also serves as a means to further connect the early days of classic Hollywood with our new age of Netflix and digital cinema.

Citizen Kane itself is a great example of how a script and a film can capture the essence of a place and time. It can build up and develop a character who feels larger than life, but in actuality, might be closer to reality than you think. Jack Fincher’s script can also be seen as a reflection of his own life, his own disappointments in getting projects off the ground, as well as creating ample space for his son to bring his story to life.

Overall, Mank tells an important story and gives a glimpse into how industry greats write scripts and make films. It might not be the big-budget blockbuster you might expect from David Fincher, but for anyone seriously interested in film, it’s definitely worth exploring as part of your filmmaking journey.

If you’re looking for some additional screenwriting advice and inspiration, check out some of these articles below.