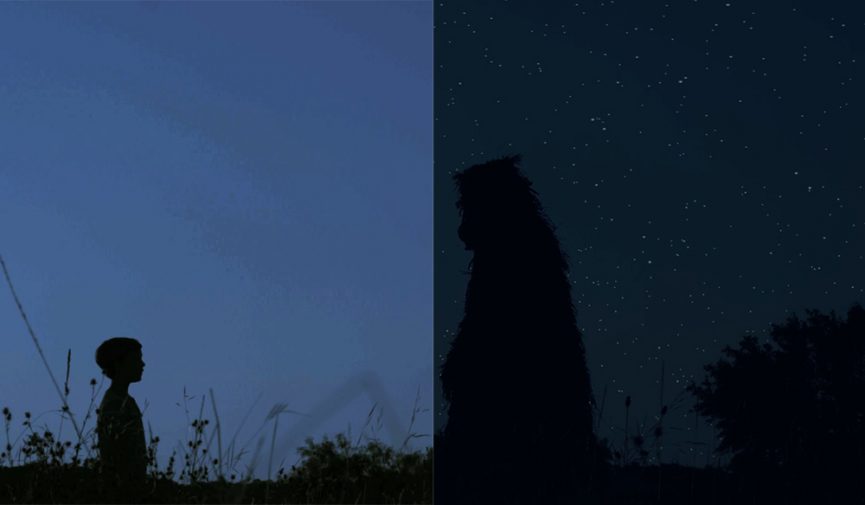 These real-world indie filmmaking production tips from Micah Barber will improve your next day-for-night shoot.

All images via INTO THE WHO KNOWS! and DIFF.

We chatted with filmmaker Micah Barber at the premiere of his film INTO THE WHO KNOWS! at the Dallas International Film Festival about his project and some innovative tips for shooting day-for-night scenes.

Micah Barber (4th from left) with the cast of INTO THE WHO KNOWS! at the world premiere at DIFF 2017.

Barber’s debut film, INTO THE WHO KNOWS!, is a kids’ adventure movie, which can be a rare film festival find these days. Produced by Alexandra Malick (the wife of famed filmmaker Terrence Malick), the film follows ten-year-old Thomas (Bryce Gheisar) on a whimsical Calvin and Hobbes-esque journey full of adventure and wonder.

As such, Barber and his crew were out in the woods and forced to work a tight schedule that included many day-for-night and dusk-for-night shoots. For those looking for a few day-for-night tips, here are Barber’s seven indie filmmaking insights.

Tip 1: Contrast Is Your Friend 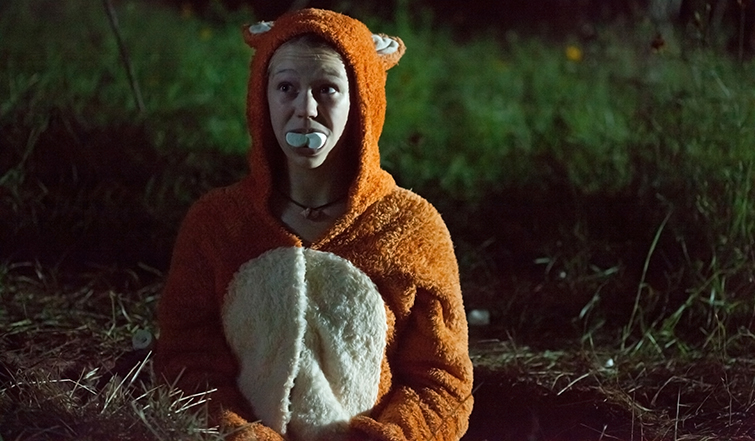 “One of the biggest differences between night and day,” Barber points out, “is how contrasty everything is.” By its nature, ambient daylight shooting is predominantly bright light and small parts of shadow, which is the opposite of what you’d actually see (and like to re-create) when depicting night.

The difference between the light and shadow is pretty dramatic at night. So, when you’re shooting day for night, you have to be very conscious of how you’ll need to create that contrast, as it won’t occur naturally.

For Barber and his crew, this meant that understanding, creating, and emphasizing contrast was paramount to their day-for-night production shoots.

Tip 2: Direction of Light Is Important

We had the most success using backlight and sidelight for our highlights. The other piece to remember is that you can always use HMIs or bounce sunlight. In our case, we used mirrors in ultra-wide shots to get a nice rim around our actors. Which goes back to getting that contrast, which comes from the direction of light.

One of the best ways to harness contrast is in Barber’s second tip: understand the importance of light direction. Barber and his crew had to find innovative ways to manipulate light direction to create backlight or sidelights for highlights, which may not have existed naturally.

Tip 3: A Clean and Clear Skyline 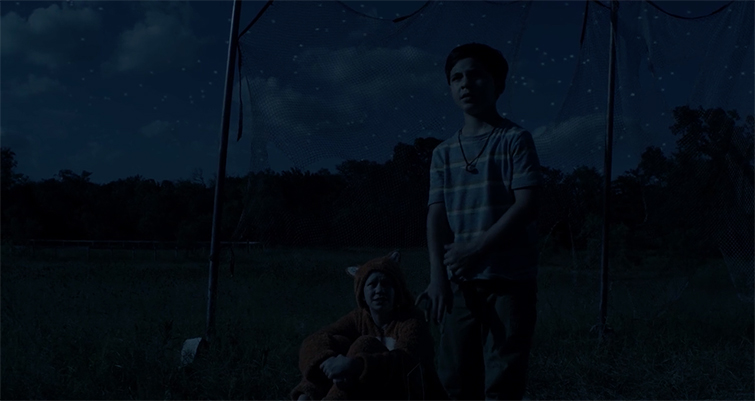 One of the most endearing parts of Barber’s film came from the beautiful, star-filled night skies that brought out the childlike wonder in the film’s world. Creating a picturesque night-canopy, while shooting day-for-night, was no easy feat and required a post-production friendly eye.

You either want zero sky in the shot, or you want a really clean skyline you can replace. For us, we were lucky because we were trying to create a Miyazaki-type world, so we wanted big, beautiful night skies with lots of expanse. So we were actually either totally framing out the sky or we would find a way where we got a nice, clean horizon line where we could completely replace the sky with something more majestic.

Without a clean and consistent horizon line, the post-production masking process would have been much more difficult, Barber explained. That could have made entire scenes too time- or labor intensive to include. 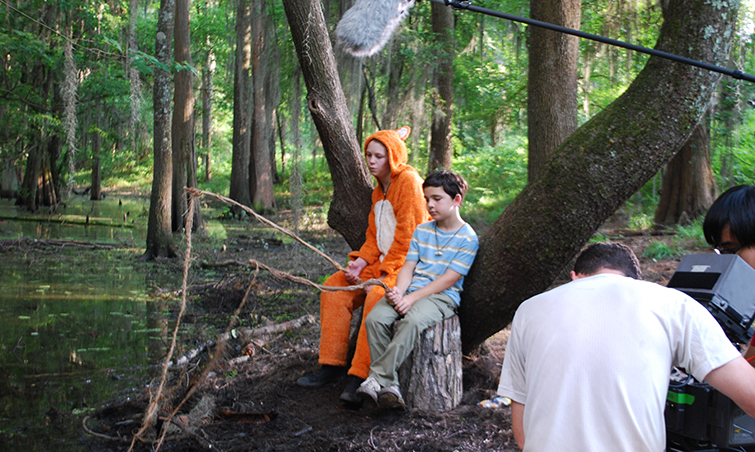 For those shooting day-for-night, you’re going to probably want a violet night or a greenish night or a bluish night or a desaturated night. The way you can get there is by playing with LUTs and camera settings to get a basic idea on set of what you’ll get. We did this on our dusk-for-night shot, and we were shooting with an ARRI Alexa, which handles a lot of things well. We would do things like reduce the green or play with color levels a little bit to get a sense of something of a pre-look.

If you’re new to color temperature, you can read some of our posts about color and light temperature here. As Barber’s film shows, knowing how to work with colors at the source is a huge help on tricky production days. 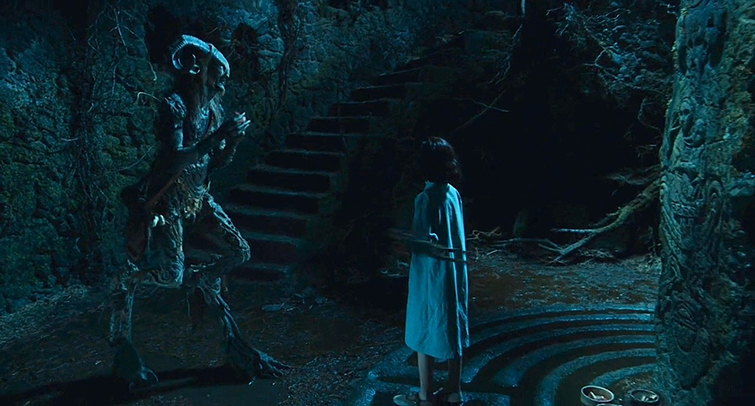 Sometimes you’ll find a scene or two in a movie, but we wanted to see how we could make it work for an extended period. We looked at Uncle Boonmee Who Can Recall His Past Lives, but we also looked at some clips from National Geographic, which actually has some great clips, Guillermo Del Toro did some day-for-night. Basically we looked high and low for good examples.

Perhaps the best way to learn about day-for-night shooting (or any production style, really) is to study the experts. Especially, as in Barber’s case, when you’re shooting a film that features a much greater amount of day-for-night than your typical production. Barber and his team put in the time from the get-go to find examples to influence their look and style.

Tip 6: Know that Day-For-Night Is a Look 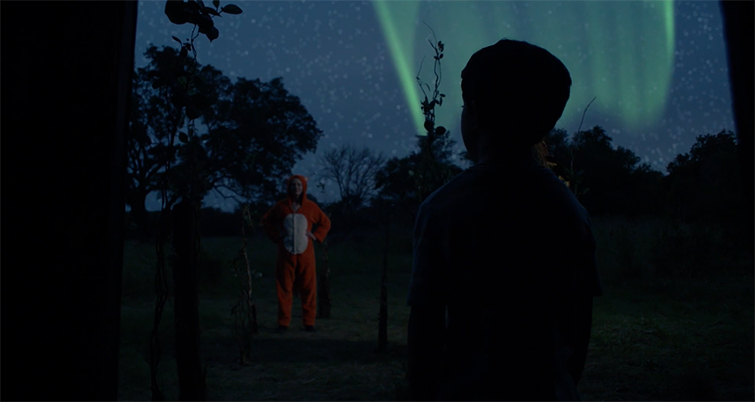 It works for our movie because we’re in a mystical forest and having a childlike Where The Wild Things Are–esque adventure. (Editor’s note: it also helps to have original costumes designed by the same fabricator.) Essentially, if the story is strong enough, you’ll have the audience going right along with you. It works more when you want to have a distinctive look. It’s more about your audience feeling like it’s night then convincing them that it is.

If you’re looking for one piece of advice to take away from this article, please let this be it. As Barber stresses, the goal of INTO THE WHO KNOWS! (or any production, for that matter) is not to create a scene that looks like night during the day. It’s to create a look that can exist inside a world where the audience can feel like it is night.

Tip 7: Hire a Great DP and a Great Colorist 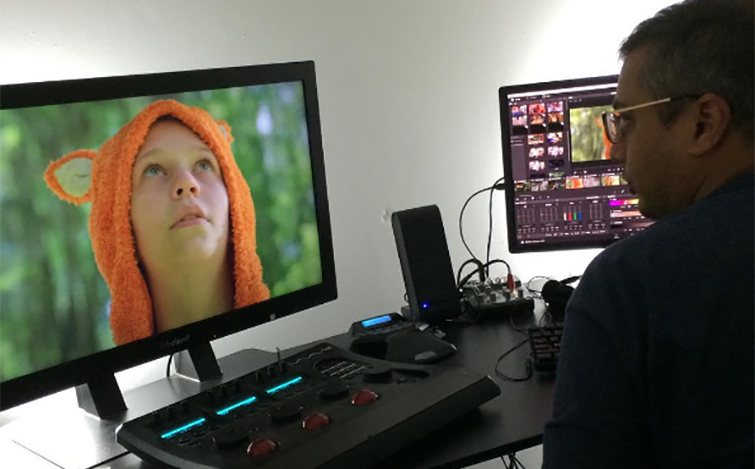 Barber’s production would be for naught without the tireless work of a creative and dutiful production crew and post-production colorist.

Probably the most important tip. Our DP Patrick Smith and our colorist Anand Modi were excellent and really knew their stuff, and also were not afraid to experiment. Our colorist, for example, worked with lots of technical tricks like working with black levels and dealing with contrast, and just setting colors into the right place to bring these different shots together.

You can check out the film’s trailer below or read more about their premiere at the Dallas International Film Festival here. Be sure to follow their Facebook and website for updates on screenings and where to find the film online.

Have any tips or tricks for shooting day-for-night of your own? Let us know in the comments.