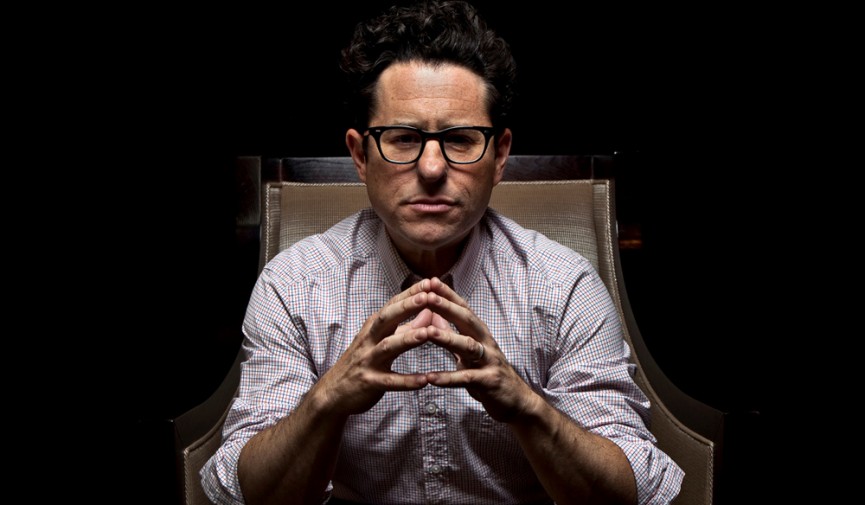 J.J. Abrams: Master of Mystery, King of the Nerds

Storytelling is the most important part of the filmmaking process. For writer/director J.J. Abrams, it’s something that he’s spent a lifetime mastering.

There should be no question that J.J. Abrams is now one of the most influential filmmakers in the industry today. Visual storytelling is a complex art form to master, and it takes many years for a filmmaker to really reach the upper echelon where the Spielbergs, Capras, Fords and Scorseses reside. Abrams has been rapidly making that ascent for the better part of the last decade.

Let’s take a detailed look at the evolving career of J.J. Abrams. From his start as a dramatic screenwriter, to his domination of television, and finally to his role as the man who revived two of the most beloved film franchises in history.

Getting His Foot in the Door

Abrams was introduced to the business of moviemaking very early in life, as his father Gerald Abrams was (and currently is) a prolific television producer. Because of his father’s connections in Hollywood, Abrams was able to land his first job restoring films for Steven Spielberg, though he never actually met the legendary director.

Through this job for Spielberg, a deep passion for Star Wars, and a love of mystery as well as film, Abrams knew exactly what he wanted to do with his life.

Harrison Ford in Regarding Henry via Paramount Pictures

By the time Abrams made it to Sarah Lawrence Liberal Arts College in the late 1980s he, along with fellow writer Jill Mazursky, wrote a screenplay that would eventually become the 1990 comedy Taking Care of Business. Mazursky and Abrams also wrote another script that wouldn’t be developed for nearly eight years — the 1997 buddy comedy Gone Fishin’, starring Joe Pesci and Danny Glover.

With his foot firmly in the door, Abrams penned his first solo script — the 1991 dramatic feature Regarding Henry, which starred Harrison Ford. The very next year he hit it big again by writing the script for the dramatic fantasy film Forever Young, starring Mel Gibson and a young Elijah Wood.

By the time he was 30 years old, Abrams had two major successful films under his belt. It was at this time that he began laying the ground work for an invasion into television.

Proving that he could craft a solid and viable narrative, Abrams was able to start his own production company, Bad Robot, and sign a television agreement with Touchstone Television. After several years of development, Abrams and co-creator Matt Reeves released the television series Felicity in 1998. Abrams would go on to direct the two-part pilot episode, which would be his first time behind the director’s chair.

Keri Russell and Scott Speedman in Felicity via The WB

In 2001, while Felicity was still pulling in solid numbers, Abrams developed his first solo television series: Alias. Abrams moved away from the traditional dramas he had been known for and toward an action-based narrative. The success of Alias went a long way with Touchstone Television, now known as ABC Studios.

Feeling audiences were ready for something new and fresh, Abrams approached ABC Studios with a new show concept. ABC quickly approved the project and Abrams wowed audiences with this skillful direction of the two-part pilot of 2004’s Lost, starring Matthew Fox and Evangeline Lilly.

While Abrams was finding great success on the small screen, he was still finding moderate success on the big screen. In 1998 he helped a pool of writers develop and finalize the script for the film Armageddon. In 2001, he was able to option his script of the thriller Joy Ride, which he also produced.

With Lost being a smash hit, Abrams was thrust into the upper stratosphere. While he never really left the film industry, he had never sat in the director chair. This changed for good in 2005-2006, when he wrote and helmed Mission: Impossible III, starring Tom Cruise.

The film received positive critical reactions and grossed nearly $400 million at the box office. In the eyes of the industry, this cemented Abrams’s place among them and set him on an amazing path that would see him direct Star Trek, Super 8, Star Trek Into Darkness, and the upcoming Star Wars: The Force Awakens.

The cast of Super 8 via Bad Robot

Now that we know the core of Abrams‘s history, let’s look at his techniques and find out exactly how he as wowed audiences for nearly a decade.

The Mystery of Narrative

Abrams is first and foremost a writer, and multidimensional characters are a big part of that process for him. In fact, Abrams takes the same approach with every story he writes as he looks for the main character, their motivations, and why the audience should care.

Abrams has spoken out in interviews about the complex layers needed for a good story, early layers that set the narrative up in the end.

Who is your main character, what motivates them, what makes you care and makes you want to lean into them? – J.J. Abrams, AOL Build Interview

Once this multilayered narrative (with its multidimensional character) are in play, Abrams then builds in the mystery. For Abrams, mystery is a key component to creating a fully developed narrative, as this undiscovered knowledge adds a level of intrigue which keeps the audience engaged and focused. The idea of mystery is a concept that goes back to Abrams’s childhood and his time with his grandfather. In 2007, he gave a TED Talk about this very subject.

Knowing now that Abrams enjoys and champions multilayered narratives, one would think that his film style would reflect this same approach. Yet, this is the furtherest thing from the truth.

While he is often criticized for his overuse of lens flares, Abrams, like Spielberg, utilizes a very standard classic cinema style. As we’ve seen in his directorial work thus far, it’s not surprising that Philip Robibero at The Verge nailed the specifics of Abrams’s film style with his mixture of killer dolly shots, snap zooms, and fluid dutch angles.

Dutch angles are a tricky thing to pull off well, but filmmakers like Danny Boyle and Terry Gilliam use the technique to perfection within their own cinematic style. As stated previously, the J.J. Abrams film style is rooted in classic cinema, so using the dutch angle like Boyle and Gilliam really isn’t an option. Instead, Abrams gives the frame a slight angle and then stages the frame according to the angle. This technique is extremely effective and its imagery can be striking.

Snap zooms are another somewhat more modern cinema technique. Filmmakers like Zack Snyder and Guy Ritchie have been using snap zooms for some time now. Abrams began really implementing them into his work while filming Star Trek. The purpose of the snap zoom is to begin with an establishing shot, but then quickly zoom into the action.

Finally, our favorite Abrams film technique is his use of the dolly shot. While this technique has been around since nearly the inception of film, very few director have perfected its use. Spielberg is one such director, so it should be of no surprise that Abrams takes a page from the legendary filmmaker and utilizes crossing action in his dolly shots.

This means as the camera pushes inward, visual information crosses the frame from left to right, or right to left.

The key thing to remember with J.J. Abrams and the above film techniques is that each and everyone of them is (or is a part of) the movement of the camera. Abrams loves for the camera to move and traverse the space, thus giving the audience a wealth of visual information.

To the Stars and Beyond

With the successes of an early screenwriting career, a dominant run on television, and praise as a director, Abrams has been able to set his sights on much larger projects, starting with Star Trek in 2009. While his vision was met with some hostility from traditional fans, he was able to completely revitalize the franchise and make it more engaging for a younger audience.

After the box-office success of both Star Trek films, Abrams was presented with doing the same thing for Star Wars — after Steven Spielberg told Kathleen Kennedy he could handle the job.

As Star Wars: The Force Awakens inches closer to being released, the buzz about the film has reached a level not seen since the original film hit theaters in 1977. But Abrams seems the perfect director for such an undertaking, as his focus on multilayered narratives and classic cinema language fit perfectly into this universe.