Crowdsourcing giant Kickstarter has just recently unveiled a new Launch Now feature that allows for qualified users to launch their project immediately, instead of waiting for a community manager to approve it. Along with the introduction of of Launch Now, Kickstarter unveiled some simplified rules for projects looking for funding. The three rules are:

The three rules are a simplification of Kickstarters more detailed rules and will hopefully make crowdsourcing available to a wider array of projects (except energy drinks and other ‘vice’ products).

An additional feature added this week gives backers the ability to get multiple quantities of a single reward. 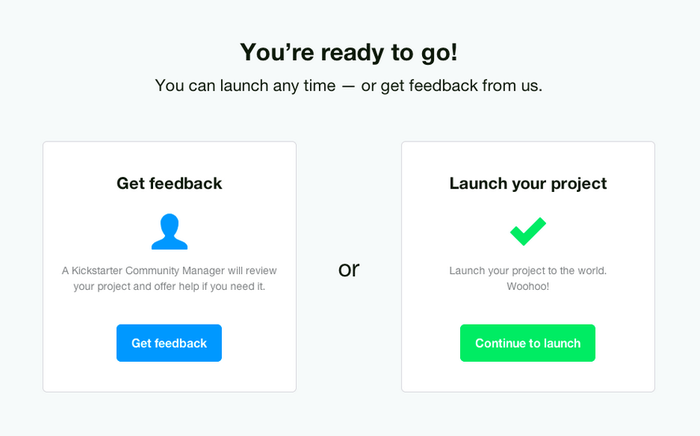 The Launch Now feature doesn’t cost any extra money and is available today to 60% of Kickstarter projects, with more being accepted in the weeks to come. We see the new Launch Now feature as a great tool for people trying to get their project out ASAP. However, this announcement might effect Kickstarters brand image because they now have less control over project curation which made them distinct from similar sites.

What do you think of this new feature? Share in the comments below.

For more info regarding the update check out Kickstarter’s press release.