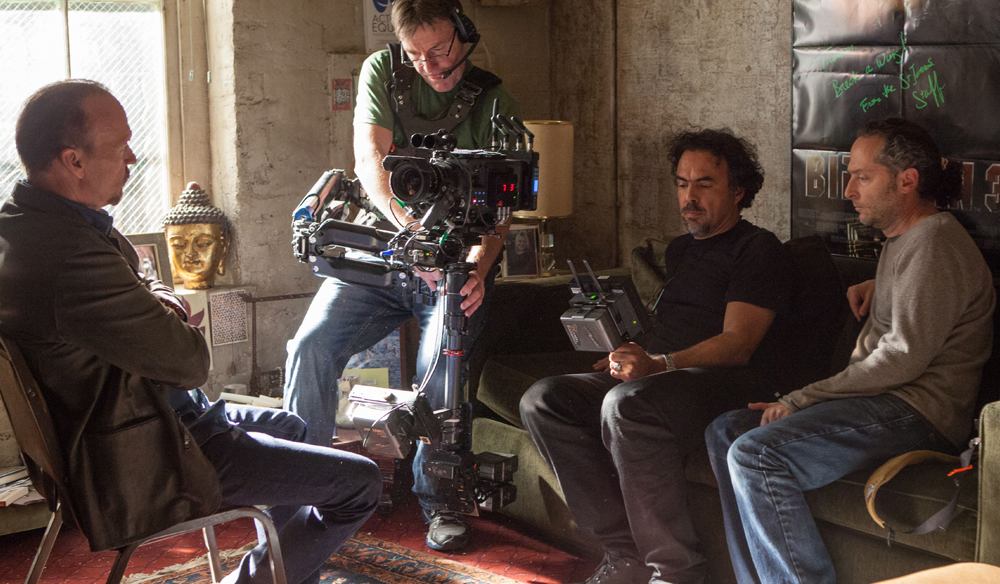 Lenses Every Cinematographer Should Own

Top image: behind the scenes of Birdman via Fox Searchlight

On most major film sets, the cinematographer will have a wide range of options when it comes to lenses, but this is only because he or she has the budget to do so. When you’re a documentary or indie filmmaker, your budget is much smaller — and lens options become quite limited. Because of this many indie-cinematographers will elect to stick to three go-to lenses.

Spending the majority of my time in documentary film has forced me to consistently operate with as few as two lenses. I usually found myself working with a 50mm prime and a zoom lens, preferably a Canon 70-200mm. That all changed when I returned to my narrative roots by adding reenactments into my documentary work. This is when I was introduced to working exclusively with prime lenses.

For traditional documentaries a zoom lens is still a necessity. With all of this in mind, let’s look at two lenses you should always use regardless of genre. For the third, we’ll look at an option for documentary film work and an option for indie film work.

No matter your project, you’re going to need a wide-angle lens, and the 28mm prime is a good wide-angle option. While I prefer to use the 21mm for most of my work, the 28mm is a happy medium between the 21mm and the 35mm. It’s not too wide and not too narrow. It’s just right. Plus, it’s a great lens to use on a Steadicam or shoulder rig.

It bears repeating: the nifty fifty is one lens everyone should own or use on each production. It simulates the human eye better than any other lens, and it’s been the go-to lens for filmmakers from every genre for a century. The technology behind the glass is incredibly impressive, and a high-quality 50mm lens won’t kill your budget.

Options for Your Third Lens

Every traditional documentary production I’ve ever been a part of utilized a Canon 70-200mm telephoto lens. This was ingrained in me early on as being the definitive zoom lens for filmmakers needing to run and gun while capturing observational footage. There are three versions of this telephoto lens, which have three different price points. I’ve personally used all three options and I’ll state the obvious: the f/4.0 is obviously not as fast as the f/2.8 versions, and the difference between the f/2.8L and the f/2.8 ISII is minimal.

You won’t need to run and gun when working on a narrative project. Your scenes will be scripted, which will allow you to keep the camera on the sticks. Plus, while the image quality of a really good telephoto zoom lens can be amazing, it’s rarely ever going to match or surpass the image quality of a prime lens.

Don’t Own Lenses? No Problem!

Image via Will Strauss

Is your budget stretched thin? Do you not have the cash to purchase any of these previously mentioned lenses? Well, don’t worry. You’re not really operating at a disadvantage.

Many filmmakers elect to simply rent their lenses for every project. Now, this isn’t to say that you shouldn’t buy equipment. Sometimes producers and directors will be looking to save money by hiring cinematographers who have that equipment available.

It really all comes down to your ability to frame an image. If you can do this successfully and consistently, then you should have no problem finding work whether you have your own equipment or not.

Are your go-to lenses different than those above? Do you own your lenses or rent them? Give us your feedback in the comments below.