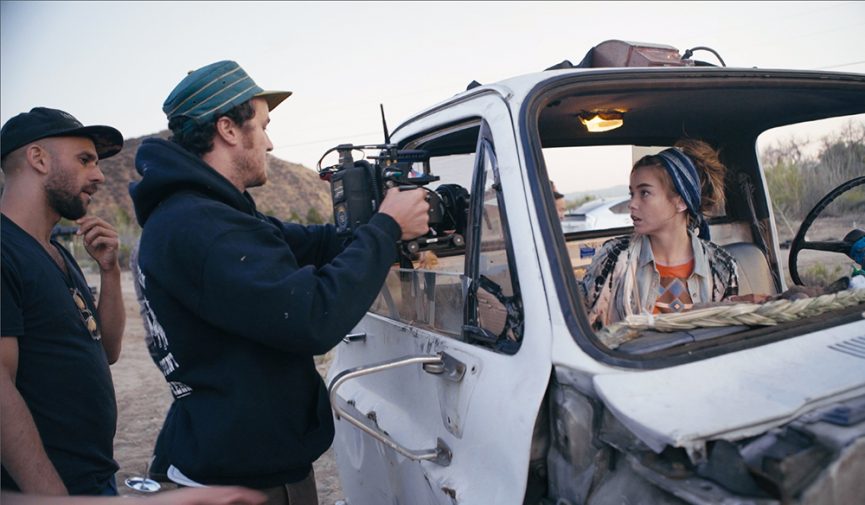 Navigating the Challenges of the One-Take Short Film

We take a look behind the scenes at how a Sundance Award-winning filmmaker shoots dynamic, one-take short films.

All images via Jim Cummings.

We sat down and chatted with the talented and funny Jim Cummings, whose short film “Thunder Road” won the Grand Jury Prize at the 2016 Sundance Film Festival (as well as jury awards at SXSW and several other festivals around the world) and has been called one of the greatest short films of all time.

Cummings, along with Dustin Hahn and several other collaborators, has spent the last several years perfecting the art of the one-shot, one-take short film with ten different award-winning iterations.

In addition to talking about Cummings’s upcoming journey to turn Thunder Road into a feature film (check out their Kickstarter), we asked for some actionable production advice on how to film festival-friendly, one-take short films. Here are some practical tips for filming dynamic and creative one-take shorts. 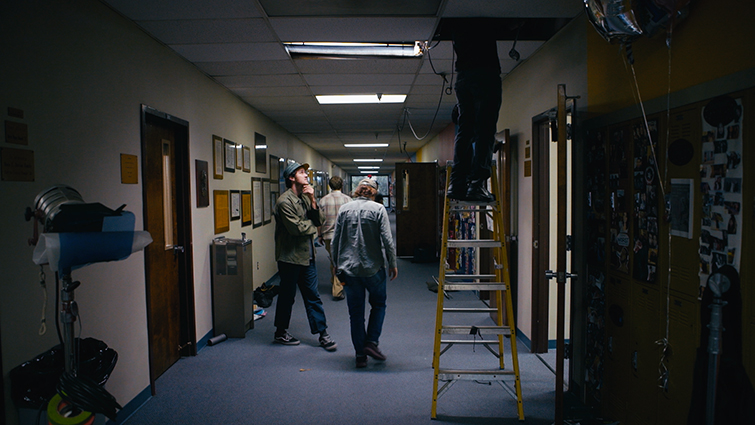 For Thunder Road, we did six takes – two of them we had to stop because people laughed – which is about standard. Others we’d do as many as 12 or 18 because they were longer. We found it worked best when we’d shoot several takes in the morning, find our best one and review it over lunch – then spend the rest of the day trying to see if we could top it.

While it may seem easier to film one-take shorts (or at least edit them), it certainly takes a great deal of time, resources, and talent to execute. For Cummings and his teams, filming even the shortest one-take film would typically require one full day of production.

Marks for Cameras and Actors Are Key 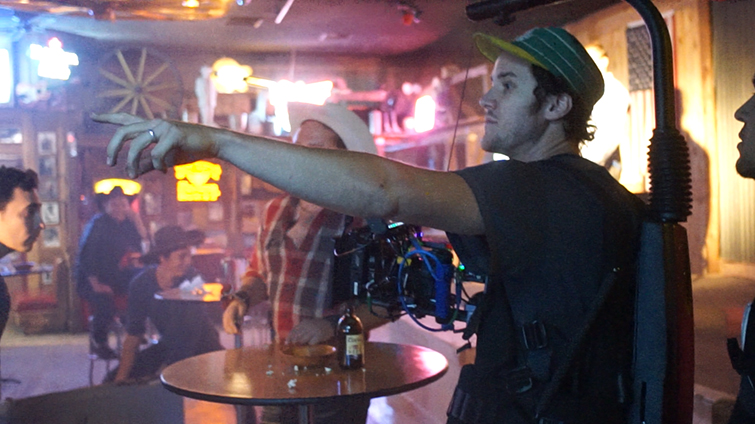 Marks are key for one-take sequences. We’d start making marks and blocking out actions early in the writing process. Not only do you need them for your actors and actions, but also for your camera moves so that you can set lighting and focus.

When you watch Cummings’s films, you’ll likely notice a lot of movement and action. These aren’t arbitrary — his films are tightly scripted and choreographed for both the actors and the camera. A feeling of controlled chaos comes across as you watch characters in the throes of mental breakdowns, life-changing moments, and personal revelations.

If a Cup Falls, Pick It Up 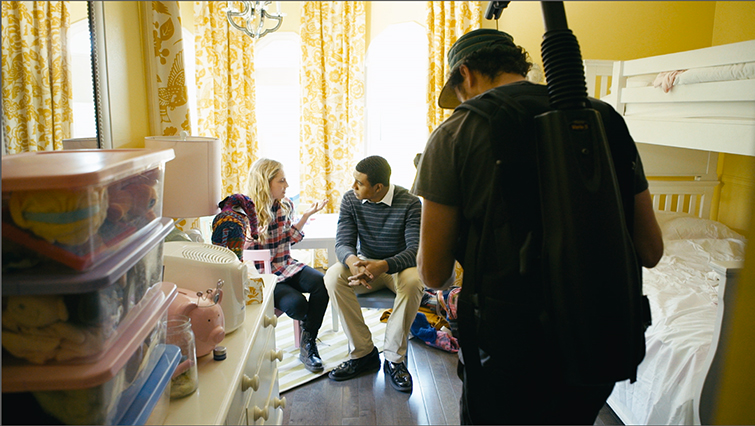 While we had a tight script and carefully laid out blocking, we also told actors that if, in the scene, a cup dropped to pick it up. Don’t assume we’re going to cut for anything. Which was really helpful for cast and crew to stay in the moment and be ready at every second for every take.

Cummings is quick to point out how each film lets the actors bring it to life. In shorts like It’s Alright, It’s OK (which you can watch here) and The Robbery (which you can watch here), the camera very intently focuses in on the actors, who seem to organically stumble through the scene, running into people and knocking them over — all while engrossed in their characters.

It Takes All Types of Audio Recording Tricks 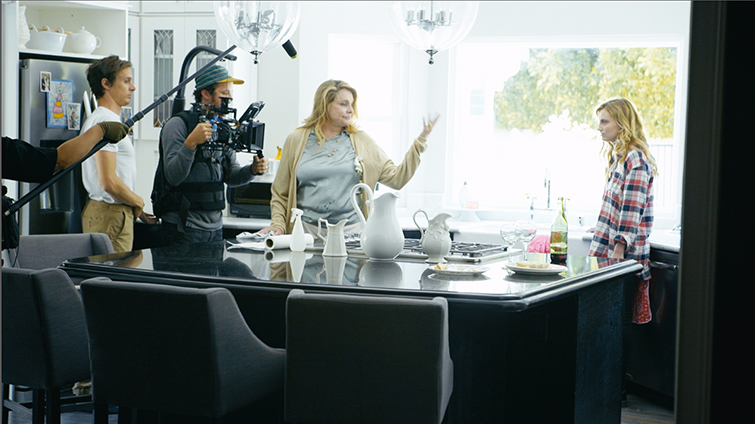 On Thunder Road, we had a boom mic overhead for recording audio. However, because the film starts so wide, we also had to hide a lav mic in my tie which is what recorded the majority of the audio for the first 6 minutes until the shot could get tight enough for the boom to come in.

Even in a quiet indoor setting with subtle camera moves, capturing audio in a one-take short can be extremely difficult and require several different approaches, as Cummings reveals for Thunder Road. Along with adding echo to the lav mic audio and mixing it with the boom, Cummings also had to record DIY-ADR using a Zoom H2 while dancing around his apartment to match the energy and movements.

Get Creative with Lighting 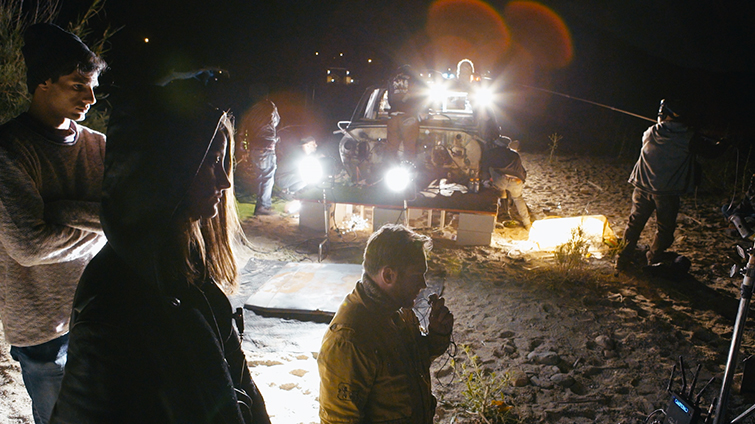 One of the most fun films we did was called The Stop, which had us rig up a whole car set-up in the desert for some characters about to begin a drug-induced hallucinatory trip. We had to get very creative with some of the effects like cop car lights, to self-lighting lamps and even a glowing dragon.

Lighting is an issue on all sets, but it is especially problematic when you can’t stop and move your lights around. One-take sequences, like you see in The Stop (which you can watch here on Fullscreen), are a good example of how to find ways to make creative use of light panels, ultra-violet lights, and paints to keep the lighting compelling.