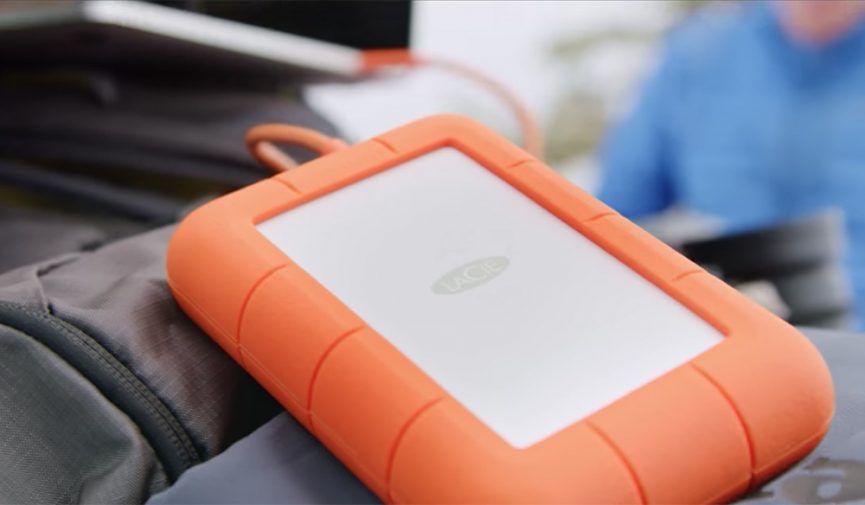 LaCie’s popular, rugged, and portable hard drive gets tougher in its latest iteration, unveiled this week at the 2018 NAB Show.

Already a staple in the film and video production industry as the go-to device for rough-and-tumble file storage, LaCie has unveiled their new Rugged RAID Pro at NAB 2018. While the orange-rimmed look remains the same, the technology has been updated, and it includes more storage, faster writing, new features, and even greater protection from the elements.

Let’s take a look at all the new features.

It’s already one of the most durable hard drives on the market, but the new Rugged RAID Pro offers unparalleled water, drop, and shock resistance, along with some sophisticated hardware encryption. The new RAID Pro has an interface transfer rate of 240 MB/s, which should be good enough for a digital workflow on the go, even with 4K and RAW footage uploads (as you can see in their video with a RED camera setup). Like the rest of the line, the RAID Pro can take a lot of punishment and resist up to one ton of pressure.

The Rugged RAID Pro also offers an improved storage capacity up to 4 TBs, making it a top-of-the-line offering. LaCie seems to be hyper-focused on run-and-gun warriors and backpack adventurers who need a highly reliable product to transfer, store, and back up footage in the craziest of conditions. If you’re looking for even more external storage options at home or in the office, here are some great alternatives.

To fully cater to run-and-gun shooters, LaCie also has announced that the Rugged RAID Pro features a built-in integrated SD card reader for direct uploads. You can see in the video that you can still use a USB 3.0 adapter, but if you’re traveling without a laptop, SD card-reading is yet another handy element.

For more NAB 2018 news and hard drive resources, check out these resources: