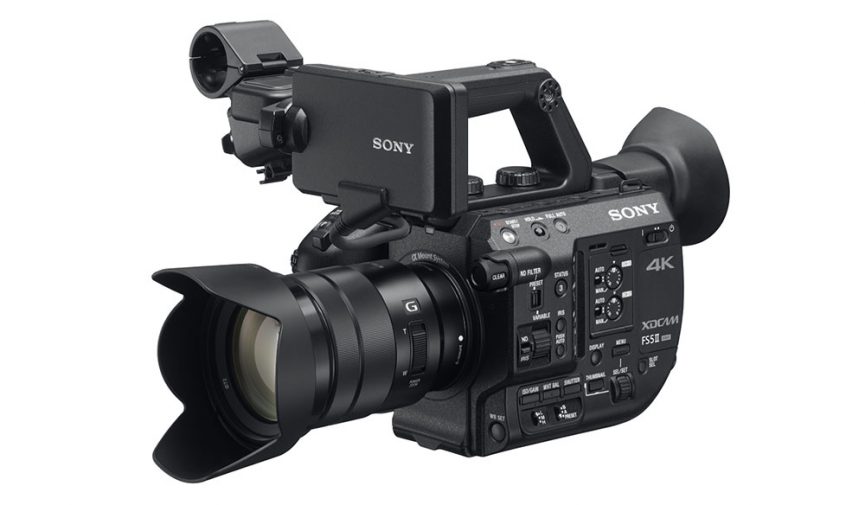 NAB 2018 Announcement: The Sony FS5 Gets an Update

To kick off the 2018 NAB Show, Sony has unveiled a few new cameras, and they’ve announced what to expect from the new FS5 II.

Here we go again: another year, another set of exciting announcements out of Las Vegas from this year’s NAB Trade show. Sony has announced their first addition to their Super 35 camera lineup. As we all wait for what will hopefully be the Sony A7s III, this will have to tide us over. Here it is: the new Sony FS5 II.

The new HDR instant workflow is an attractive aspect of the FS5 II. This HDR tool will save you time in the color grading suite and improve your post-production workflow overall.

FS5 II also offers High Frame Rate (HFR) cache recording at Full HD 10bit 4:2:2 image quality and a frame rate of up to 240 fps. 8-second cache recording on to SDXC card means no more mistimed shots leading to extra takes. It also lets you pick out footage at exactly the point that you want. FS5 II also records continuous 120fps internally in Full HD. Higher frame rates of 480 fps and 960 fps are possible at specific resolutions. Instant HDR Workflow is all about speed. Shoot, edit and view content in Hybrid Log-Gamma (HLG) to deliver content quickly without compromising on imaging expression and quality of content. S-Log2/3 is the proven choice for premium applications where you wish to capture as much data as possible for the ultimate flexibility in grading.

Like the last models in the FS5 and FS7 lineup, the 4K “Exmor” CMOS Sensor offers readout speeds, bokeh, and slow motion capabilities that mimic some of the best motion picture cameras.

One of my personal favorite additions is the built-in ND filter. Having only shot with the FS7, I can say the convenience and versatility of having these at the ready at all times is a major plus. The FS5 II looks to improve on this feature: