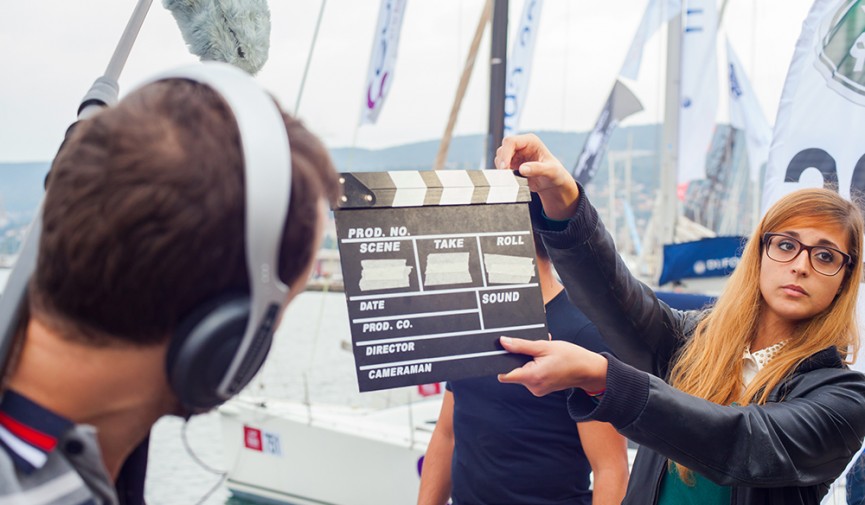 Opinion: Why I Regret Film School

You’re going to be learning over the course of your entire career. Is it worth your time and energy to start that process in film school?

Whether it’s terminology, new techniques, or simply how to not do something, every time I step onto a film set I learn something new. Your entire career is going to be spent learning and refining your skills… at no point are you going to sit down and know everything. The industry moves way too fast and it’s simply impossible to know everything.

As a filmmaker you’ve already committed yourself to lifelong learning, and that’s a good thing, but where should you take your first step? Many start their film journey at a college… but is that the best option? I think not. Here are a few reasons why you might want to skip film school from my own personal experience:

Film school is absurdly expensive. For example, if you went to USC (arguably the world’s best film school), it would cost you $42,000 a year. That’s $162,000 after a four year degree, not counting any other costs. Now contrast that with $28,935, the average yearly salary of a Production Assistant which, in all likelihood, will be your first job out of college if you are wanting to jump into the industry. In short, if you go to film school, you will be in so much crippling debt that you will have an extremely hard time paying it off.

Think of what you could shoot for $168,000 or the equipment you could buy. With that kind of money you could start a production company, build an amazing editing station, hire actors, and invest enough money to have $2,000,000 in retirement by age 65.

I know that film school is an investment, and like any investment it will require upfront costs… but is film school really an investment? Is there a correlation between film school and success in the industry? The short answer is no, but more on this below.

2. It Can’t Keep up With the Times

It’s hard for a college or university to stay up-to-date on anything. It makes sense… departments have to deal with politics, budgets, and education plans that hinder their ability to be flexible. So when a new camera is released that has the potential to radically change the industry, you probably won’t be using it in film school. Instead you’ll probably be using cameras that are incredibly old. At the very least, you’ll have very few opportunities to use new cameras as they are often reserved for upper-level courses. So, in reality, for the first two and a half years of basics, you’ll be taking a combination of math, science, and english classes that have very little practical application in anything, let alone filmmaking.

Films really are about living life, and that part doesn’t happen inside a film school. – Ana Lily Amirpour

I literally had a class where we had to shoot on DV tapes. Not because they were trying to teach us that a good filmmaker can shoot a film on any camera… no, the reason we shot on DV cameras was because they were the only cameras available for us to use. I don’t blame the film school. I get it, camera equipment gets expensive fast. But you’re better off going out and buying your own equipment if you actually want to shoot a film that you can be proud of.

3. Film School Is Way Too Nice

As an aspiring filmmaker, one of the most kind-hearted and helpful things anyone can do for you is be brutally honest about every mistake you make. Being forced to hand out overly kind, kid-glove critique (while receiving the same) to fellow aspiring filmmakers is of no help to anyone, especially when the project clearly doesn’t merit a positive response. Unlike reality, film school tries to say nice things about everyone’s work… but when a film is bad, it needs to be labeled as such. Anything else is a fluffy lie.

To avoid criticism, do nothing, say nothing, and be nothing. – Elbert Hubbard

In an effort to not hurt a student’s feelings, film school can set them up for disaster. After encountering very little honest critique, young filmmakers with their hearts and minds set on making it in Hollywood are discouraged by the harsh realities of closed doors, low pay, and unemployment. Film school leaves them unprepared. It is, in effect, a great unkindness.

One of the most helpful parts of film school is the fact that you will be surrounding yourself with like-minded peers… but this is also one of the most detrimental aspects of formal film education. Students, in general, have never even been on a professional film set, let alone worked in the film industry. So their preconceived notions of what the industry “is like” are often skewed by speculation and uncertainty.

In an ideal world, the professors would shed light on this complex and difficult-to-navigate industry, but there lies the problem. Professors are often just as disconnected from the industry as the students they are teaching. With the exception of the occasional standout professor, you’ll likely end up being lectured by someone who hasn’t been in the industry in years, if at all.

Film school is a complete con, because the information is there if you want it. – Paul Thomas Anderson

Film schools, and all colleges for that matter, have a funny way of becoming harmfully self-sufficient. For example, at most universities you can’t teach without an upper-level degree which, if you ask around the industry, is virtually nonexistent. So the person teaching you likely went directly from undergrad to graduate school to teaching you the intricacies of cinematography without having ever been in the industry.

As a filmmaker you are probably a go-getter. Nobody told you to make films, you simply love filmmaking. But filmmaking takes time and so does all of the other things in your life. Between work, family, friends, and relaxation, there are a million things pulling you in different directions and they all take time.

Going to film school taught me how much I already knew, and that the best way to learn about film is being on the set with professionals. – Devin Ratray

The problem with film school is the fact that you will be pulled away from making films to do homework or projects that won’t help you in the end. It can get exhausting and you’ll quickly find that your creativity and time shrink more and more.

6. Film School Is a Lot of Not Making Films

If film school was simply showing up to a film set for 200 days a year for four years, it would be incredibly helpful, but it’s not. While you will have some production classes, you will also have a lot of other classes that won’t help you pursue your dream of being a filmmaker. In film school you will have to write essays, study theory, and take a lot of basic classes. It does all depend on your specific college, but if you go to a public university you will likely spend your first two years taking basic classes that have nothing to do with filmmaking.

There’s no substitute for going out and spending hundreds of hours trying to make a film. – Marshall Curry

You know the difference between a filmmaker and a film student? A filmmaker makes films. In film school there is no shortage of inspirational speeches, but there are a surprising number of people not actually shooting anything. There is an underlying assumption that by the time you get out of school, you’ll have enough content to make a killer demo reel… but this is simply not the case. Your demo reel is going to look terrible if all you have is school projects. If you’ve worked on a film in the last two weeks, you’ve done more than the average film student.

7. Film School Is Disconnected With Reality

As I stated earlier, your peers in film school are not people that have worked in the industry. Rather, your peers are likely students that went directly from high school into college with little to no on-set experience. So a lot of unhelpful and meaningless speculation happens.

In film school everyone has an opinion, but very few have a demo reel worth sharing. In reality, the most helpful thing you can do in film school is learn how to communicate well with others. Your ability to network and create a fun, collaborative workspace will transcend any degree.

All of this isn’t to say that you can’t learn something from film school. There is plenty to be learned from an organized educational environment… but if you really want to be a successful filmmaker, you need to be doing so much more than simply going to school. Go out and make a film. You’ll learn along the way.

Have you been to film school? What was your experience? Share in the comments below.