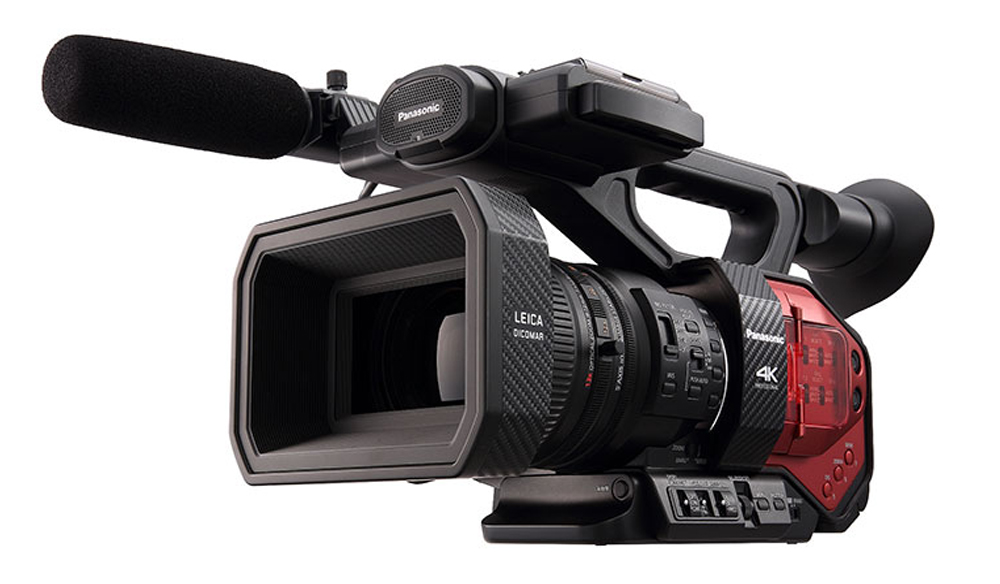 Last year, Panasonic made a huge splash with their announcement of the wildly popular GH4. This year they’ve decided to release a camera that’s significantly different, but nonetheless important — the AG-DVX200 4K.

The AG-DVX200 4K (commonly known as the DVX200) is an all-in-one camcorder designed with professionals in mind. The camera has a ton of great features that modern filmmakers and videographers will appreciate. Most notably, the camera is able to record in native 4K and UHD. While you can only record in 24p in 4K, when you are shooting in UHD you can record up to 60p in MP4 or MOV file formats.

The DVX200 uses a 4/3″ MOS sensor to record up to 120fps in FHD. Instead of having interchangeable lenses, the camera has a Leica zoom lens which shoots in 28mm-365mm, 35 equivalent focal length. The lens features an aperture of f/2.8-f/4.5.

The camera has all the major features you’ve come to love about the DVX100, like adjustable zoom rings, internal ND filters, and manual iris control. However, the DVX200 has enhanced stabilization in the form of a 5-axis built-in stabilizer that has a “4x correction-area Image Stabilizer.” This technology is very similar to that found in the a7II. On the front of the camera lens, users will be able to attach lens filters via 72mm groove rings.

While style points don’t really matter when it comes to the final image, it should be noted that the camera looks incredibly awesome. With a carbon-fiber finish and red metallic details, the camera looks awesomely impressive.

No test footage has hit the internet yet, but we’re very interested to see how the footage from the DVX-200 looks. Panasonic described the bokeh as “subtle,” which might be another word for saying the depth of field isn’t great, but we’ll see.

The following video from NAB 2015 reveals a few details about the new DVX-200.

This video was created by the good people at No Film School.

Want to read more about the DVX200? Check out a few of the following resources:

What do you think about the new AG-DVX200 4K? Share your thoughts in the comments below.