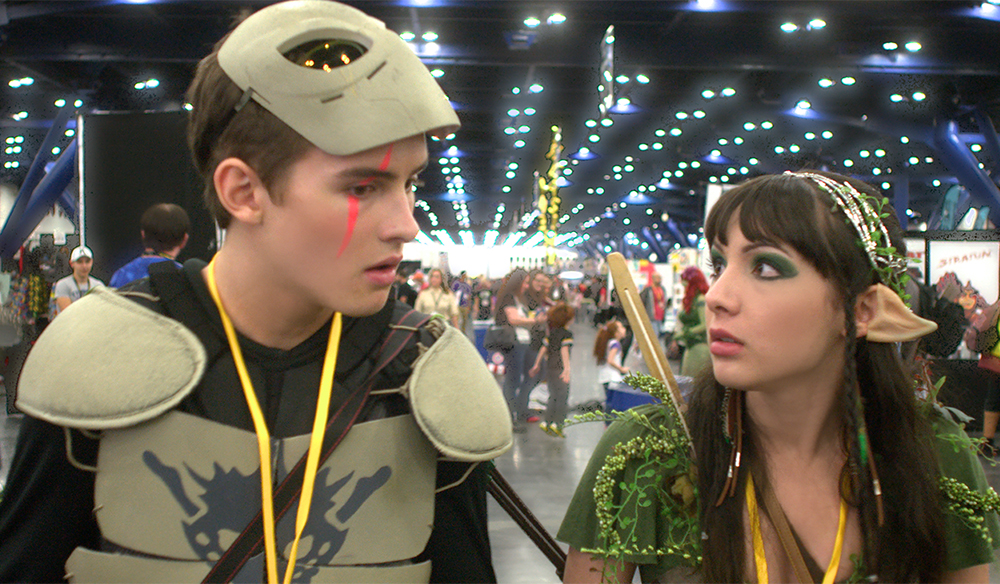 Are you an up-and-coming filmmaker looking to make your first independent feature? The coming-of-age film may be your best bet to break into the mainstream.

Cover image via Slash the Movie

For those who might have missed it, one of the most talked-about films from 2016’s SXSW Film Festival was Clay Liford’s coming-of-age comedy-drama film, Slash. The film follows a young man in high school, coming of age as it were, in the world of slash fiction as he finds himself and his identity in the world.

These coming-of-age narratives are nothing new to independent cinema and, in recent years, have created a well-followed path from arthouse festivals to mainstream cinema hits. You’ve seen them in various forms of comedy and drama, but usually all following a young man or woman floundering and struggling to find an identity and voice in the world around them.

From recent hits like Boyhood and Spectacular Now, to international films like Y Tu Mamá También and Pan’s Labyrinth, to classics like Almost Famous and Dazed and Confused, the genre has a rich history (and not just for young white men of note either — diversity is on display in films like Tiny Furniture, Blue is the Warmest Color, and the recent standout Moonlight).

The genres roots are found in the adolescent-leaning films of the French New Wave, like François Truffaut’s 400 Blows trilogy, in the films of American directors like Nicholas Ray and Orson Welles, in Bildungsroman literature like Jean Cocteua’s Les Enfants Terribles, and in the works of James Joyce, F. Scott Fitzgerald and Mark Twain to name a few.

At its heart, the coming-of-age story is central to a majority of mainstream films that feature young adult protagonists undertaking the Hero’s Journey, like the Star Wars, Harry Potter and Lord of the Rings narratives, along with many superhero films.

Why Do Coming-of-Age Films Work So Well?

It’s hard to say why this genre is so well-traversed. Is it because audiences really enjoy watching them or because filmmakers really enjoy making them? While they can be challenging to viewers in subject and voice, the narratives are often very formulaic and predictable. Yet, year in and year out, we get a new wave of coming-of-age melodramas which festivals clamor over and prop up for Oscar consideration in February.

I will say that, for journalists and those inclined to follow the industry and festival circuits, an up-and-coming writer/director telling a coming-of-age story tied closely to their personal narrative makes great PR fodder for thematic comparisons between on-screen protagonists and real-life storylines.

Films like Lena Dunham’s aforementioned Tiny Furniture, Matt Damon and Ben Affleck’s Good Will Hunting, and John Singleton’s Boyz n the Hood introduced these artists to national and international audiences — and the stories behind their stories certainly helped propel them into the mainstream.

Films such as Wes Anderson’s Bottle Rocket and Noah Baumbach’s Kicking and Screaming can even be taken as tongue-in-cheek plays on their explosive and begrudged entrances onto the scene.

Where to Begin Your Coming-of-Age Film 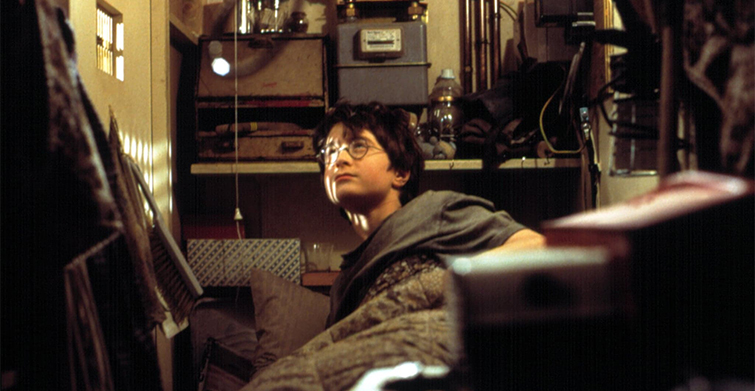 If you’re inclined to try your hand at your own coming-of-age film, it’s best to begin with some thinly-to-heavily veiled version of yourself. Liford’s protagonist in Slash, for example, may not be a literal iteration of Liford as a young freshman in high school, but it’s easy to imagine his connection to many of the character’s struggles and apprehensions about his place in the world. 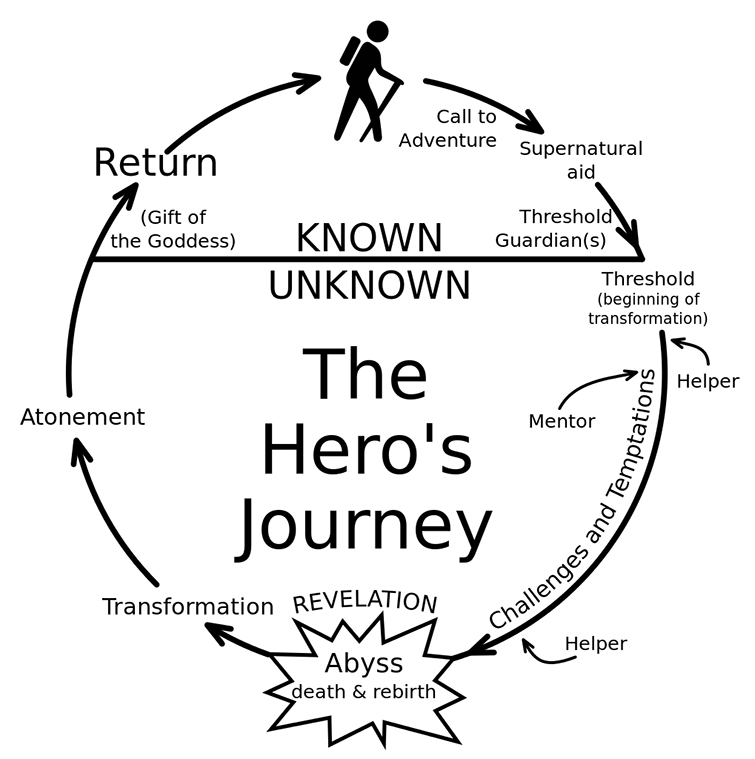 The classic Hero’s Journey may lead to a fantastic world of adventure, but not before beginning in a very normal and boring place that anyone in the audience can relate to. Whether that’s from under a stairwell in England to a wizard school or a Houston suburb to a fan fiction expo, the point is to cross a threshold into someplace unexplored and interesting to the protagonist and audience alike.

Define Challenges That Need to be Overcome 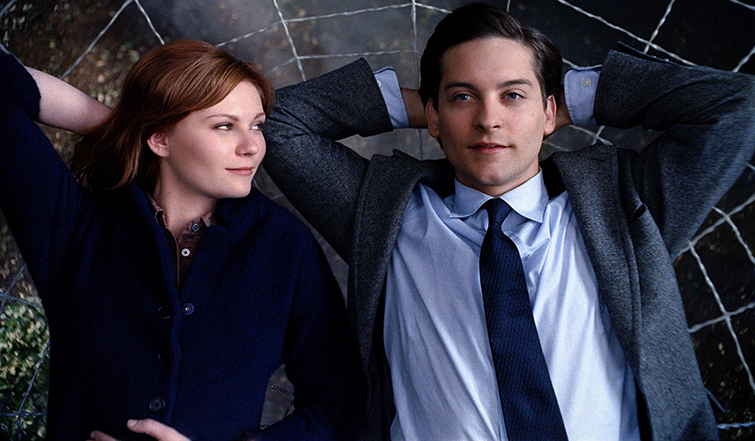 While external challenges, be they bullies or evil overlords, are prevalent in coming-of-age stories, the main challenge every coming-of-age hero must overcome is conquering the fear of growing up and stepping out into the world. This most always includes learning how to connect and communicate with others and developing meaningful relationships with romantic partners.

Spider-Man’s main challenge isn’t facing the Green Goblin. It’s building up the courage to tell Mary Jane how he feels about her — as Peter Parker. Liford’s Slash is no different, but offers a unique complexity with Neil’s confused relationship with his friend and mentor Julia, along with his own aspirations in the slash-fiction community.

Find Resolve in Your Place in the World

The climax to any good coming-of-age story should reward the viewer as much as the hero, as the audience has endured the ups and downs of the protagonist’s inner battles and personal tribulations. After initially turning away from the forgone conclusion, hopefully your protagonist makes a mad rush for the right choice to bring your audience the closure they’ve earned and so dutifully desire.

Without giving away its ending, Slash earns as much of a resolve as possible, while still giving the story room to breath in the afterglow.

Your story should do more or less the same. Give your protagonist a chance to change and demonstrate growth, and reward your audience for joining you on your heroic journey to coming-of-age film stardom.

What are your favorite examples of the Hero’s Journey? How would you tell your coming-of-age story? Let us know in the comments below.