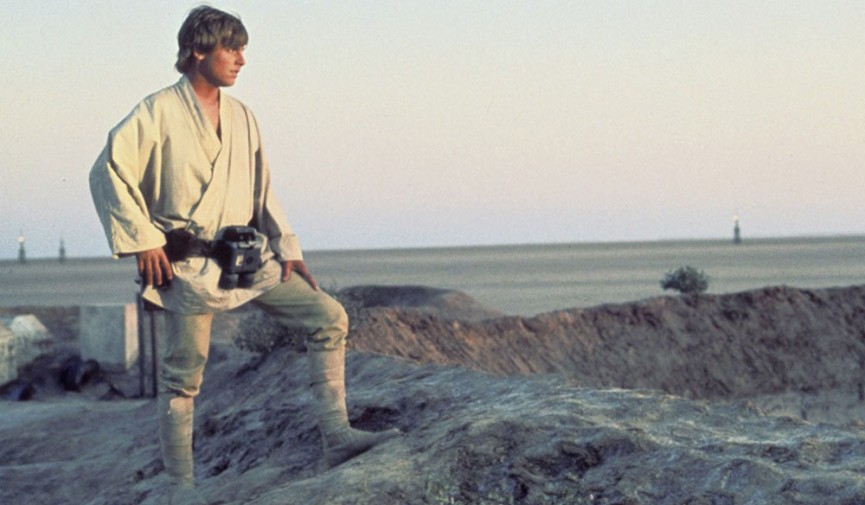 The Recurring Myth Behind Your Favorite Films

For filmmakers and storytellers looking to make an emotional impact on their audience, there may be no more powerful tool than the concept of ‘the hero’s journey.’

American thinker and writer Joseph Campbell spent considerable time exploring the facets of myth and religion. But he is perhaps best known for two concepts that have permeated modern culture. The first is the idea that you should “follow your bliss.” You’ve surely seen the phrase written on chalkboards in coffeeshops. In an interview with journalist Bill Moyers, Campbell (referring to Sinclair Lewis’s satiric novel, Babbitt) asks:

Remember the last line? ‘I have never done a thing that I wanted to do in all my life.’ That is a man who never followed his bliss.

A hero ventures forth from the world of common day into a region of supernatural wonder: fabulous forces are there encountered and a decisive victory is won: the hero comes back from this mysterious adventure with the power to bestow boons on his fellow man.

A Long Time Ago in a Galaxy Far, Far Away… And Everywhere Else, Too 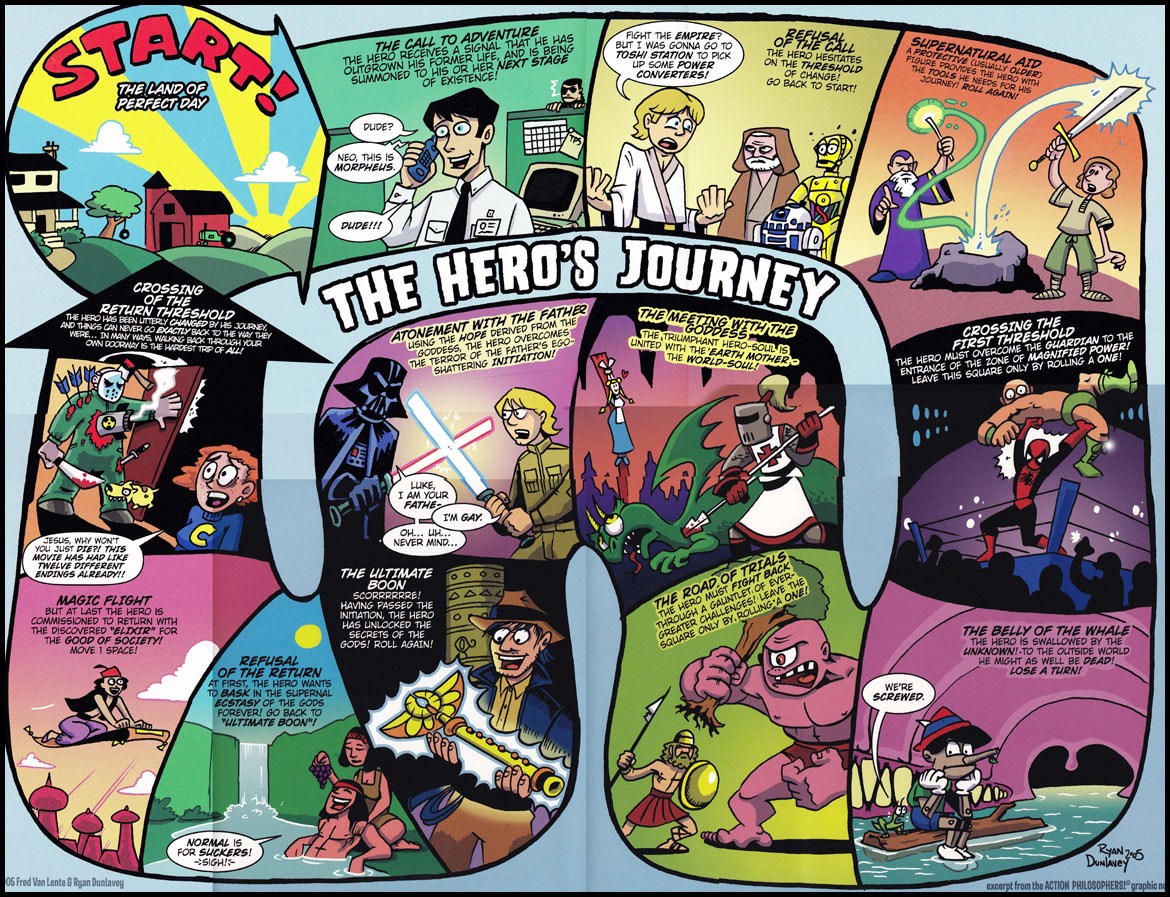 You’ll find plenty of monomyth tropes in the art and religion of every culture throughout history. Campbell didn’t really invent the idea. He identified it. And then Hollywood ran with it, creating and adapting content based on the template. During his tenure as an executive at Disney, Christopher Vogler circulated a studio memo that outlined the hero’s journey in twelve steps. Those steps are bolded in the summary quote below:

The hero’s journey, once more:  The hero is introduced in his ORDINARY WORLD where he receives the CALL TO ADVENTURE.  He is RELUCTANT at first to CROSS THE FIRST THRESHOLD where he eventually encounters TESTS, ALLIES and ENEMIES.  He reaches the INNERMOST CAVE where he endures the SUPREME ORDEAL.  He SEIZES THE SWORD or the treasure and is pursued on the ROAD BACK to his world.  He is RESURRECTED and transformed by his experience.  He RETURNS to his ordinary world with a treasure, boon, or ELIXIR to benefit his world.

Below is a handy graphic representation of Vogler’s summary. Use this as a blueprint for your next script and you just might end up wildly, stupidly successful. It certainly worked for George Lucas, an avowed disciple of Campbell’s work.

It came to me that there really was no modern use of mythology, so that’s when I started doing more strenuous research on fairy tales, folklore and mythology, and I started reading Joe’s books. Before that I hadn’t read any of Joe’s books…. It was very eerie because in reading The Hero with A Thousand Faces I began to realize that my first draft of  Star Wars was following classical motifs. 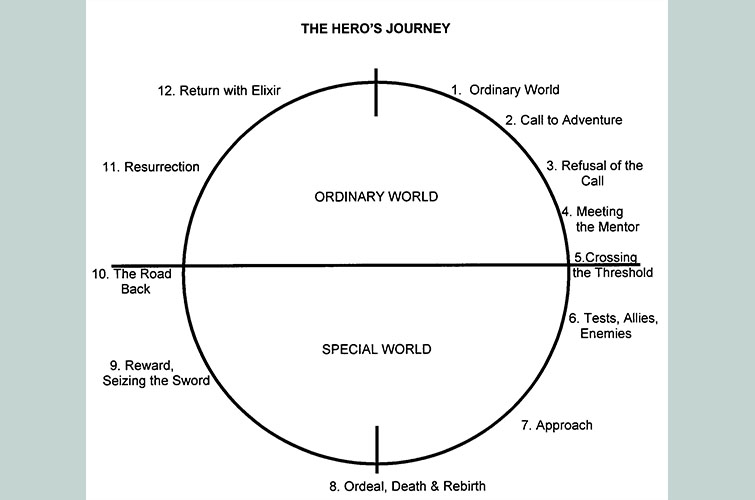 Lucas isn’t the only storyteller influenced by Campbell. Neo’s journey in The Matrix is obviously driven by Campbell’s theory. O Brother, Where Art Thou? is a retelling of Homer’s Odyssey, which is about as monomythical as it gets. The list goes on and on.

In his video essay, The Hero’s Journey in Film, Ciaran Michael Vejby takes a powerful look at over 90 films that tell the classic transformative tale of the hero’s journey. The essay is a truly epic montage that touches on 80 years of adventure, struggle, redemption, and victory. Joseph Campbell’s impact on popular culture is on full display in this video. Prepare for the goosebumps.

What are your favorite examples of the hero’s journey? Share them in the comments below! 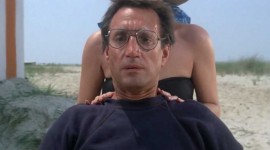 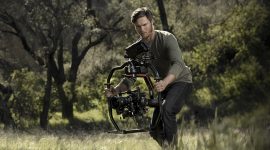 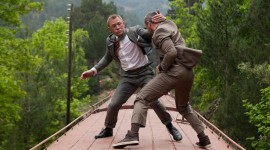 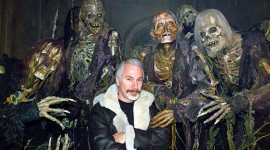