Nikon’s new 1 V3 features high frame rates and a sleek design, but is it practical for filmmakers and video producers?

Nikon just released the specs for their new 1 V3 mirrorless camera and the specs are well, average. With mirrorless cameras being all the rage right now we thought that this camera would prove to be something different, but apart from a few features it’s not. 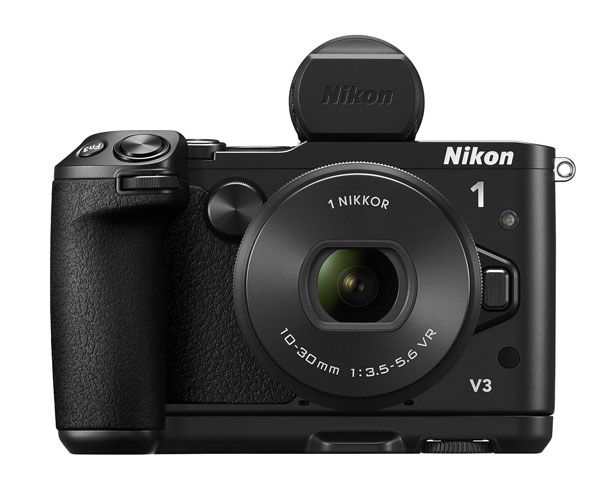 The 1 V3 seems to offfer consumers everything they could want in a modern day camera: HD video, 18 MP, 171 fields of autofocus, etc. There are even a few cool features such as the ability to record up to 1200fps and the built-in flash.

But there are a few issues with this camera, namely the 2.7x crop factor which severely changes the focal length of your lens. There is also no RAW video recording capabilities or 24p capabilities. As a result this camera would be almost useless to indie-filmmakers.

While the ability to potentially shoot up to 1200 fps does sound awesome, we are skeptical about the filmmaking potential of the 1 V3. With no ability to shoot RAW video or a 24p setting we think that the 1 V3 is going to have to have some amazing test footage before we give it real consideration against cameras such as the Blackmagic Pocket Cinema Camera.

What do you think of the Nikon 1 V3? Is it just for consumers or does it look like it might have some serious potential? Share in the comments below.