If you are an indie-filmmaker, odds are you own at least one Rokinon lens or one from Rokinon’s sister companies (Samyang & Bower). These lenses have revolutionized indie-filmmaking by offering all the things you could want in a cine lens at a relatively low price.

By far, the most popular lenses in the Rokinon Cine lens line have been the 24mm, 35mm, and 85mm lenses which all feature an incredibly wide aperture at T1.5. However, a 50mm lens has always been missing in the Rokinon line, forcing filmmakers to use a non-cine 50mm lens or pay the big bucks to get a good 50mm cine lens. That is until Rokinon announced their brand new 50mm T1.5 Cine lens. 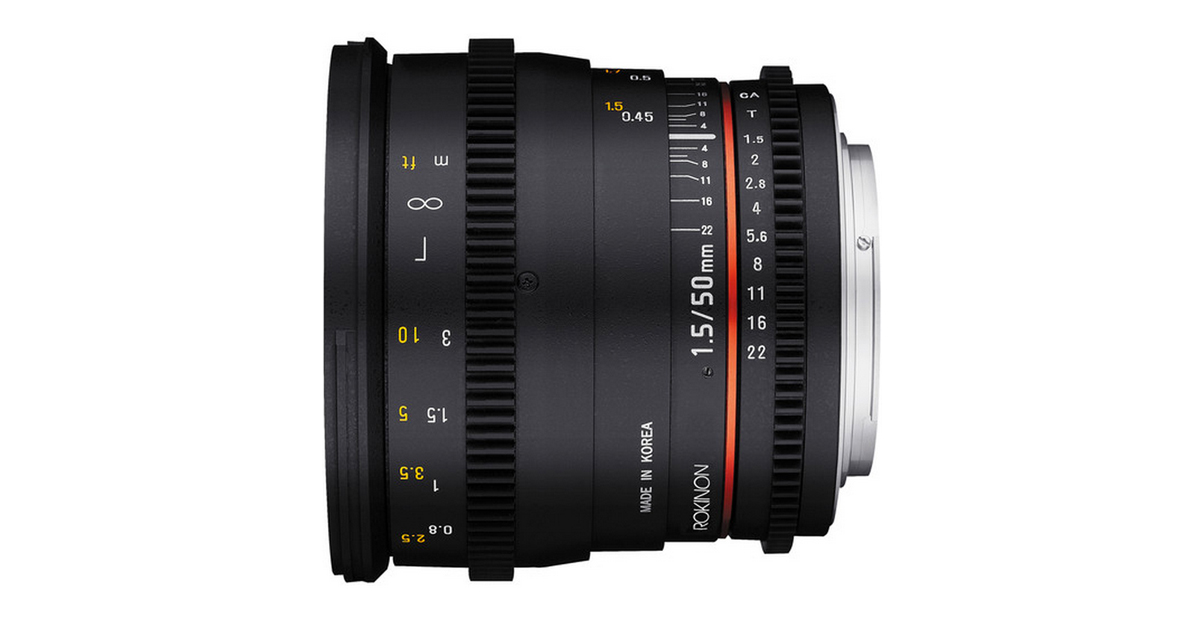 The lens isn’t necessarily ground breaking, but it definitely solves the annoying dilemma of having to settle for an 85mm focal length when you really wanted something wider. As with the other lenses in the Rokinon Cine Lens line, the 50mm T1.5 is available in Canon EF, Nikon F, Micro 4/3, Sony A & Sony E Mounts.

Each lens gives users the ability to use a follow focus for precise focusing. Along with a geared focus ring, the lenses also include a geared aperture ring, making it easier than ever to move seamlessly between lighting situations.

The Rokinon 50mm T1.5 Cine Lens is currently available for pre-order online, with an expected availability date of September 5, 2014. Currently the lens is listed at $549 on B&H. However, the 85mm, 35mm, and 24mm Cine Lenses are available right now (and for less money) so if you are looking for a lens I’d recommend those first.

If you’re a lens fanatic like I am than you should definitely check out our understanding lenses series where we take an in-depth look at exactly how lenses work.

Looking forward to this new lens? Is the price to high? Let us know in the comments below!