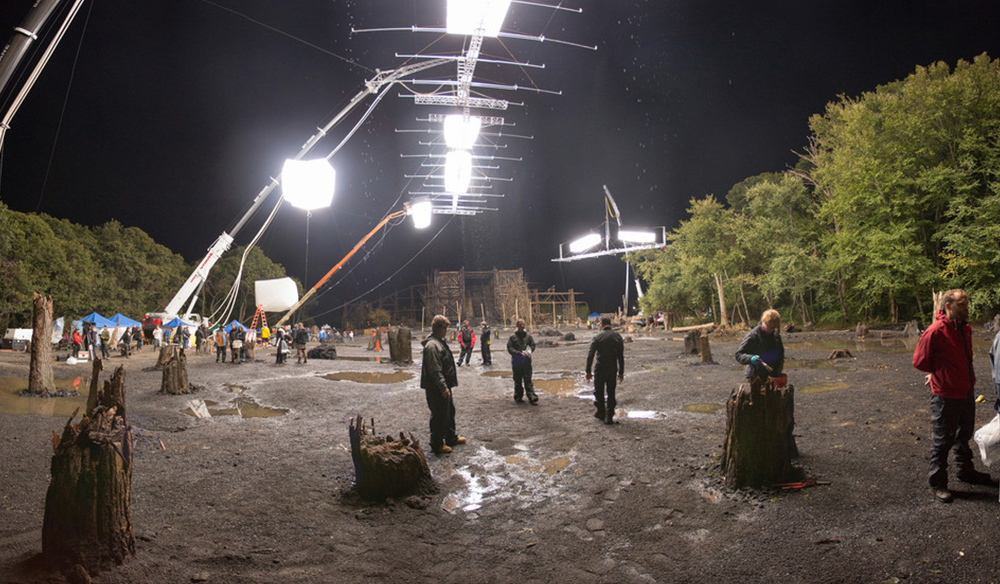 Running out of time and money? These quick and easy filmmaking tips and DIY production hacks just might save the day.

As any filmmaker or videographer can tell you, the real job of the production crew is to solve the various daily challenges that inevitably arise on set. Because believe me, there are always going to be challenges — and you will have to be prepared.

The best way to be prepared for potential issues is to stay flexible and creative. With that said, let’s take a look at a few handy production quick tips and DIY hacks that just might save the day on your next shoot.

1. Don’t Scout a Location By Yourself

Location scouting is a very important part of the production process. When you’re ready to scout your next potential film site, make sure you take the production manager/designer, cinematographer, and audio supervisor. You want these members of the crew there in order to judge if the location is manageable, filmable, and void of overwhelming noise pollution. They’re the experts — listen to what they say.

2. Use a 3D Printer for Small Props

If you find yourself lacking a specific prop, don’t fret. 3D printers are a practical and increasingly common solution. In fact, as wild as it sounds, many of the props you saw during Star Wars: The Force Awakens were printed with a 3D printer. Check out this article from Scott J Grunewald about 3D prints in the latest Star Wars.

Does a scene in your film call for rain? Well, until weather-control technology improves, you’re just going to have to fake it. Fortunately, one of the most common artificial weather effects in film is rain.

As seen in the top image, the production crew from Noah used a massive rain rig for certain scenes in the film. While this setup is incredibly expensive, there are far more cost-effective options for indie filmmakers. If you need a cheap DIY rig, check out this video tutorial from Tom Antos and find out how to make it rain for around $15.

4. Use a C-Stand to Capture Sound

If you’re going it alone on your next shoot, but still need a hand with audio, then get a C-stand and a boom holder. With these two pieces of equipment, you can set your boom pole and mic up wherever you see fit.

This technique is great for interview scenes in a documentary film. The setup can also be used on narrative film sets, though its advantages are far less. You can get your hands on an Auray Boom Pole Holder for around $40 and an Impact C-Stand for around $142. 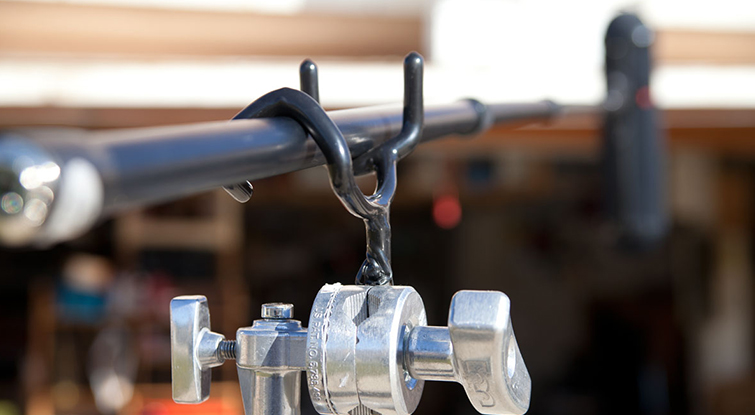 5. Move Your Camera With a Furniture Dolly

When looking over your shot list and script, you’ll find scenes that call for the camera to move within the space. Now, you can capture this movement with a slider, Steadicam, or dolly track. However, these options all cost considerable cash.

If you’re low on funds (and filming on a fairly smooth surface), then head over to your local Home Depot for a furniture dolly. Place your camera and tripod on this $20 tool and get a decent moving shot for very little money. 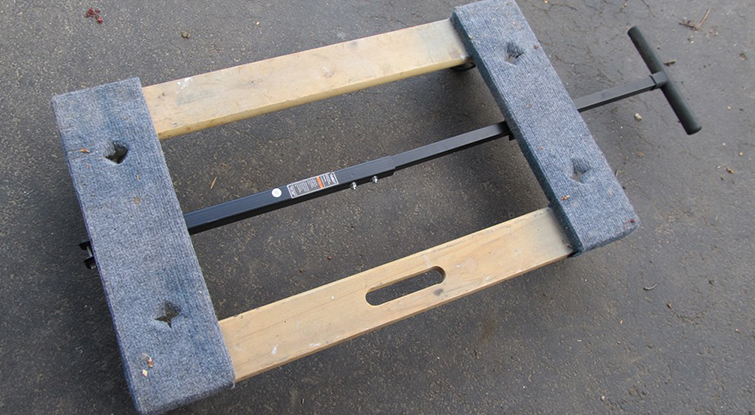 Image via My Repurposed Life

Known as the “Poor Man’s Process,” this is an easy way to capture car movement without ever putting the car in gear. As you’ll see in the video below, the Poor Man’s Process is where you leave the car stationary within the space, but you simulate movement by way of lights and other effects.

These other effects could include using a large fan alongside artificial rain or fog or anything that creates a sense of movement without actually moving the car. Filmmakers have been using this techniques for ages — it’s incredibly effective and allows you to visually control the scene much easier, versus filming in a moving car.

7. No Lights? Use a Window and a Reflector

I’ve always liked natural lighting. I try to incorporate it as often as possible, versus using a set of lights. One way to do this is through a window. Using a window can be fantastic, especially when you add a reflector into the mix. The video below from The Slanted Lens demonstrates how to effectively use natural window light to capture amazing imagery.

Got any production tips, on-set time savers, or DIY hacks to share? Let us know your secrets in the comments below!