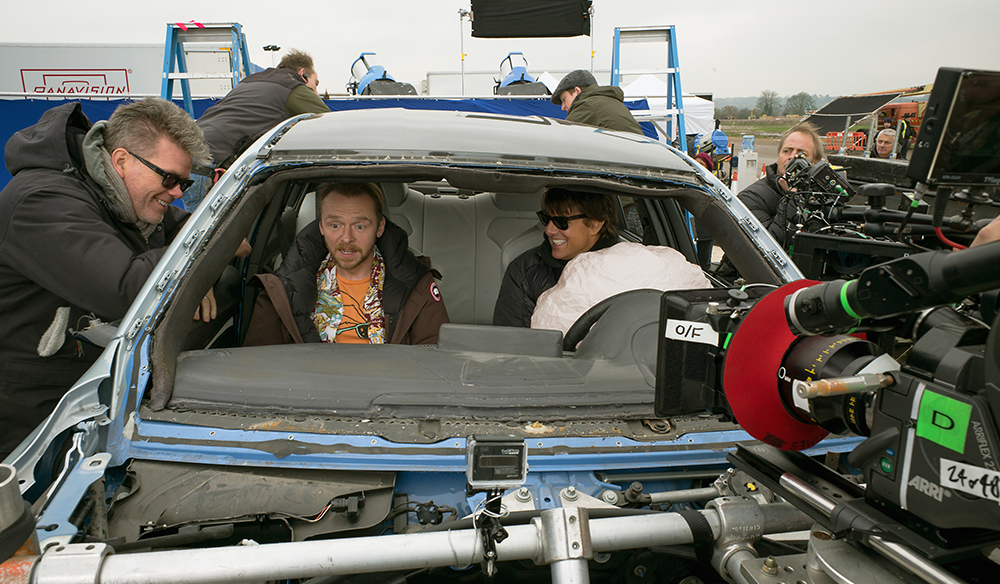 Shooting for the Edit: Essential Tips You Need to Know

Continuity is vital to your story. By shooting with the edit in mind, you’ll save yourself countless headaches.

Shooting a scene begins with the A camera, which captures the master footage. In addition to the A camera, you may have a B or even C camera as well. Those secondary cameras capture the same scene from multiple angles. This supplemental footage along with the master take constitutes coverage. With all these various angles, you allow the editor multiple options when splicing the film.

You can see this technique play out well in this scene from Se7en. We start with the slow dolly shot introducing John Doe to the scene, then we cut to a panning shot, opposite of the last, placing John Doe in the space with Mills and Somerset. From here we move to a series of shots as the scene moves forward.

NOTE: When shooting coverage, don’t forget to capture B-Roll to give the audience visual context of the larger environment, the local space, or small actions of the characters.

Character movement is another key component of shooting continuous footage. When a characters exits frame, the audience must seem them return to view in the next logical place. The action must match between shots.

You can see this clearly in this scene from Captain America: Civil War. Tony Stark crosses the frame and exits camera right. The very next shot reverses the camera angle, and Stark now enters back into frame from camera left.

Have you ever watched a film where a character holds an object in one hand, but in the very next clip the object is in the other hand? That is an example of what happens when continuity is not taken into account. There may be days between shots, so be sure to take excellent notes on set. You’ll want to know everything from a character’s clothing, and even the type of makeup they have applied. Every little detail counts.

In this scene from Mission: Impossible – Rogue Nation we see Tom Cruise and Simon Pegg in the middle of a car chase sequence. During this sequence a gunman’s bullet hits the rear-view mirror, knocking it from the windshield. As filming the chase takes place over a series of days, the crew had to make note of every little scratch – making sure damage was replicated on all the stunt vehicles. Damage like remembering to remove the rear-view mirror on any shots that occur after the mirror falls.

Video via of Movieclips Coming Soon.

Blockbuster films aren’t immune to these little mistakes, as they appear numerous times every year. While on the topic of damage to cars, notice how the damaged drive side door in Commando miraculously repairs itself as the car drives away.

A perfect example comes from Alfred Hitchcock’s Rear Window. As Jimmy Stewart sits bound to his wheelchair, he looks out the window at the world around him. When we get the views of that world – Hitchcock always makes sure that the cameras framing matched the line of sight of the protagonist.

Are these editing tips helpful to you? Do you practice shooting for the edit? What are some techniques that you keep in mind? Share your thoughts with your fellow filmmakers in the comments below.