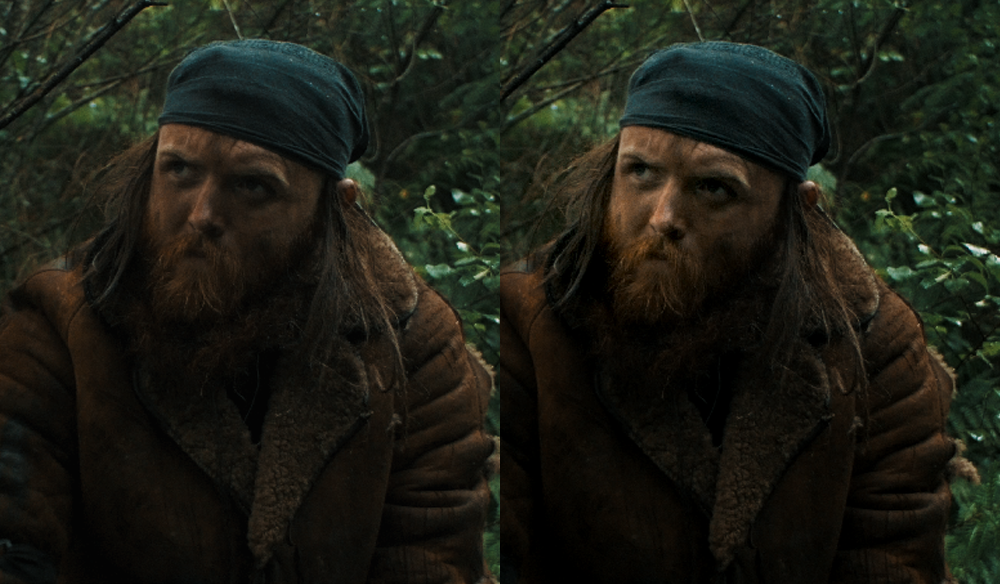 Bad Lighting? Use This Simple Technique To Add Digital Contrast

Shooting on the go can mean less-than-ideal lighting. Here’s how to add light and contrast without flattening your image.

With the advent of pocket cinema cameras, more and more cinematographers are shooting on the go in improvised circumstances. News, short films, documentaries, even feature films now require only minimal equipment (see Tangerine). Cameras continue to push boundaries, and audio equipment is getting smaller and more efficient.

However, lighting often doesn’t get the consideration it needs in these circumstances. If I’m filming out in the wilderness using nothing but natural light, the actor’s face can fall flat when I bring the shot into the grading suite. While the exposure looked good on the monitor, without a bounce board or reflector, there wasn’t enough light for contrast.

However, I can apply a mask that will stand in somewhat for that missing bounce board. This technique is simple, and you can pull it off with a number of different methods and compositors. It’s worth noting, however, that this is only useful for adding subtle light. You won’t be able to mimic the light of a 2k Fresnel.

There are quite a few plug-ins on the market that can add a “spot” to your shot. The problem with adding an artificial spotlight to your shot is that most plug-ins do this by increasing the exposure with a feathered edge. When you do that. You get an image that looks like this. 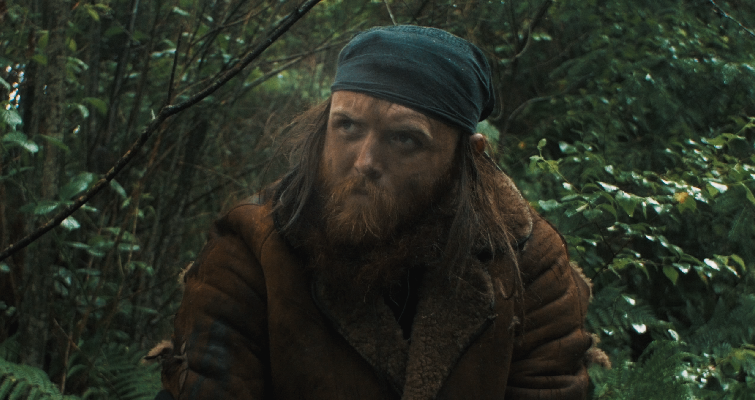 While the spotlight has increased the exposure on the actor’s face, it has also made it look washed out and flat.

Using Da Vinci Resolve, let’s have a look at how we can add a subtle bounce light to our actor.

Working with the Circle Shape 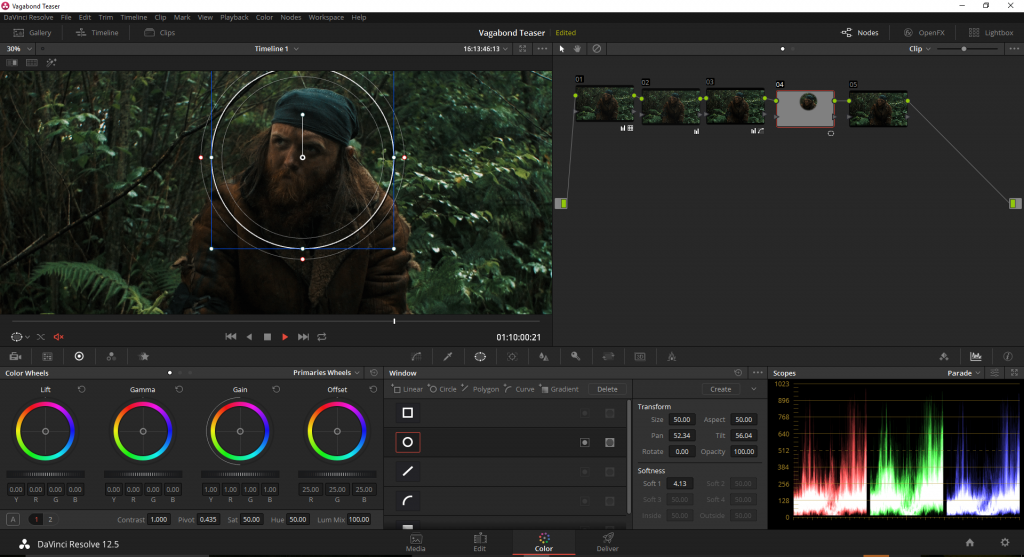 Starting with our graded shot, we’re going to open the power window (mask) tab and select the circle shape. We will need to change the shape of the circle to reflect the actor’s face. The corners of the blue square will change the entire size of the (circle) window, the points on the top and sides will increase or decrease the length and width independently. The four points on the outer circle will change the softness (or feather) of the window.

We’re going to drag the window to the area of the face where light is hitting and manipulate the shape to mimic the actor’s face. 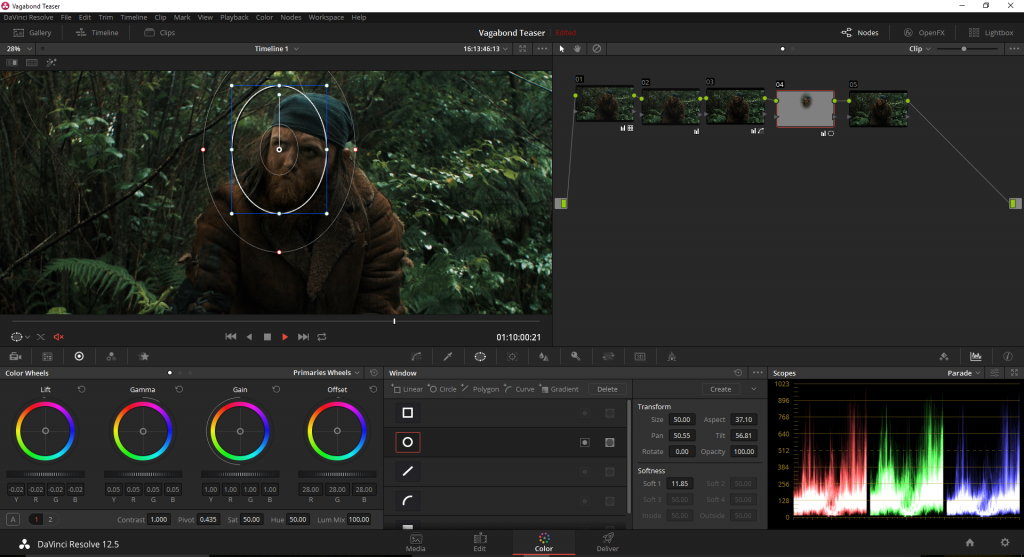 Next, we’re going to adjust two primary exposure properties. First, we’re going to lower the shadows (lift). I know this might seem counterproductive since we are trying to add light, but this will create contrast, and it’s one of the most important steps people often forget. You don’t even have to decrease the shadows by that much. (As you can see from the still below, I’ve lowered it -2.) Then increase the midtones suitably. It should be enough to create contrast but not so much that it creates a halo. You can extend the outer circle to help feather the effect. 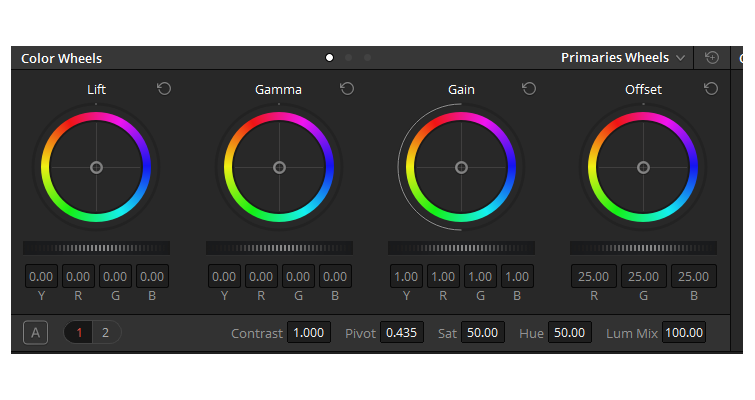 I’ve then gone to the previous node and lowered the exposure slightly for the entire image; this will give the face that little bit of extra kick.

Here is the before and after. 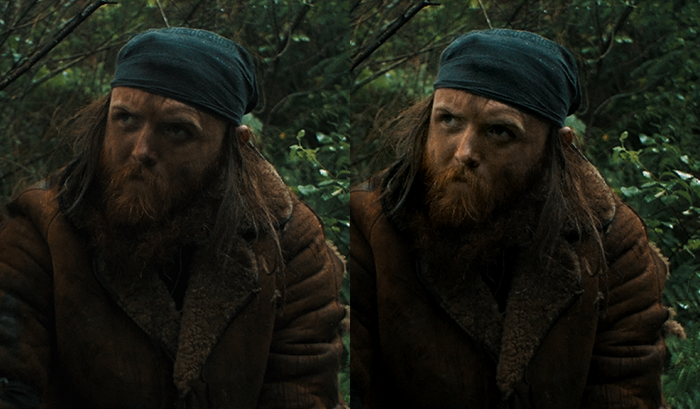 We’ve now digitally added the missing illumination a bounce board would have provided. Of course, it would have saved time and effort to have lit the scene properly, so don’t start abandoning your reflectors on set. The software does, of course, have its limitations. If your talent moves within the shot, you can use the tracking window to make that bounce light follow them. 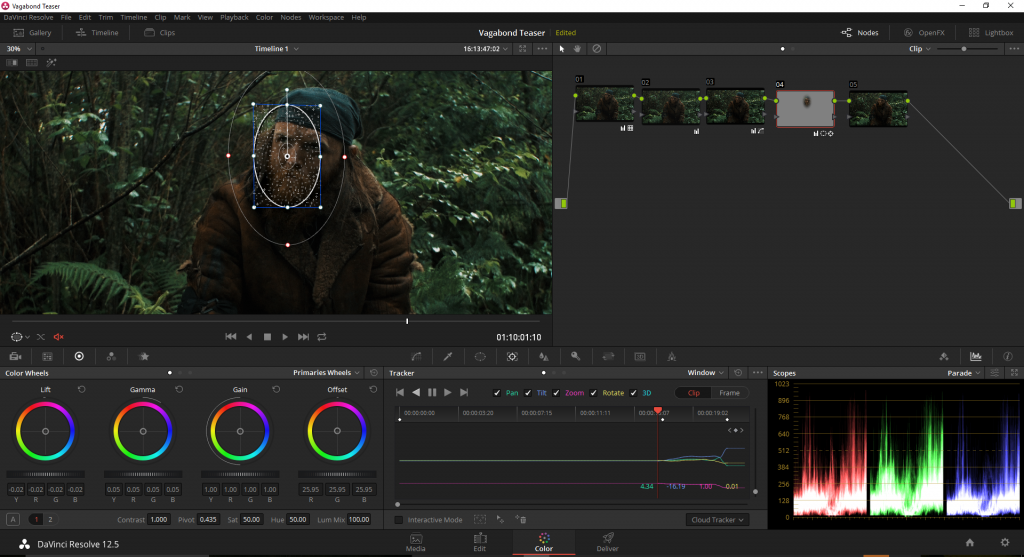 Do you know other ways to correct lighting problems in post? Let us know in the comments.