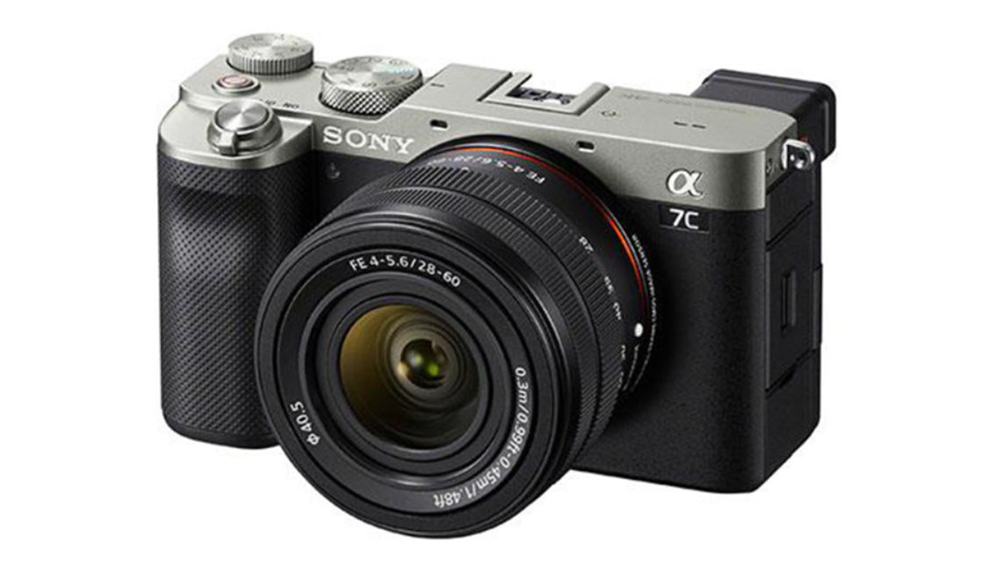 Sony doubles down on compactness with the world’s smallest and lightest full-frame digital camera — the Sony a7C.

While most camera manufacturers remain intent on winning the Great Pixel Count Battle of 2020, as evidenced by the 8K RAW recording of Canon’s EOS R5, Sony has focused its resources on a new front in the war for consumer dollars: Giving photo and video pros the ability to shoot as large as possible with as little as possible.

Sony has doubled down on its compact capabilities by announcing the Sony a7C, a new, slimmer version of the popular a7 III. This places the Sony a7C alongside Panasonic’s lightweight Lumix S5 as a new option for video professionals who want to shoot high-quality video while carrying as little as possible.

Without further ado, let’s take a look at the new Sony a-series.

So, with us, other news outlets, and Sony itself, the whole of the a7C buzz is focused on its full-frame sensor and body compactness.

The a7C features a 35-mm full-frame CMOS sensor that certainly packs a punch for its size, but (perhaps unfortunately) we’re only looking at 4K video recording at up to 30fps and Full HD up to 120fps.

Both of these recording formats will be at 4:2:0 8-bit as well, which will certainly work for the right projects, but it might leave some videographers wanting, unless they’re strictly focused on the full-frame, size, and price.

We are committed to creating the best tools possible, based on the needs of our customers. The new Alpha 7C camera and FE 28-60mm F4-5.6 zoom lens pack many of our most advanced imaging technologies in a brand new design that is the smallest and lightest full-frame camera and lens system in the world. This opens up a new world of possibilities for creators, giving them the uncompromised power of a full-frame system in the palm of their hand. – Neal Manowitz, deputy president of Imaging Products and Solutions Americas, Sony Electronics

Of course, this is still a Sony camera, and it does stand out from some of the competition thanks to its S-Log recording profiles, strong autofocus, and stabilization capabilities.

Also worth noting, the press release suggests that Sony is positioning the a7C’s video features as a solution for YouTubers and vloggers.

How Will it Stack Up for Video Professionals?

In many ways, this new Sony offering suggests that the company is interested in meeting the needs of content creators who might not benefit from the features found in more robust cameras

The a7C is indeed exceptionally lightweight; specs say it comes in at just under 510 grams, including battery and memory card. It also has a very nifty looking 3-inch 950K dot flip-out display that I’d like to get my hands on to see just how much flexibility it adds to production flows. Overall, it should shoot quality 4K video that has great stabilization and respectable color science to help those looking to work fast and upload quicker.

At just under $2,000 for the body only, the a7C lands in a pretty competitive marketspace —  there are A LOT of solid cameras available in that price range. The aforementioned Lumix S5 and the Sigma fp come to mind for those looking for other small and lightweight options.And if you take weight out of the equation, and you just want the best capabilities for your buck, bulkier cameras like the Blackmagic Pocket Cinema Camera 6K bring a lot more to the table.

This will be the perfect camera for some. Others will find it lacking. Sort of like every camera ever. The Sony a7C will undoubtedly appeal to fans of Sony’s past camera offerings, as well as those who want to shoot as small and as wide as possible for their video and vlog setups.

Here are the full specs and price tags for the Sony a7C.