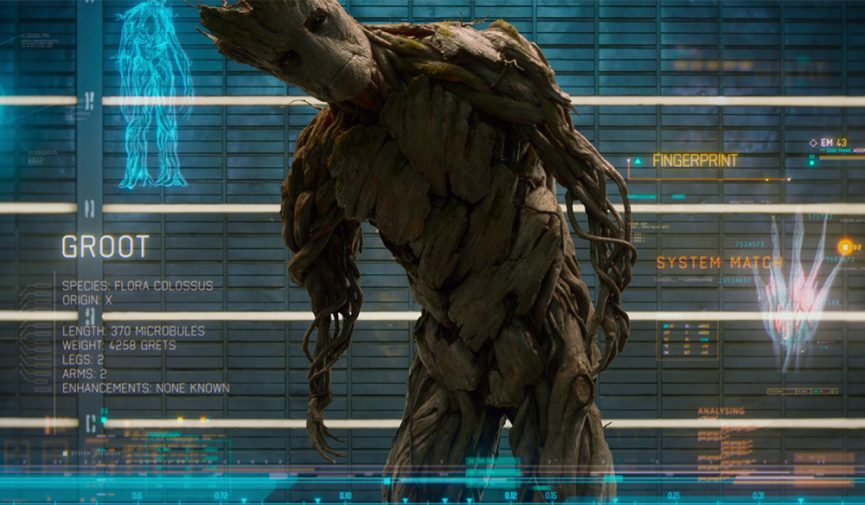 Character title cards avoid exposition while telling your audience what they need to know. Learn when (and when not) to use them in this in-depth look.

Creating a scene that is solely expository is a cardinal screenwriting sin. Exposition refers to background information that explains the current situation in a story. It’s indirect material that doesn’t naturally come up in conversation.

(There are some circumstances when it’s impossible to avoid blunt exposition, such as two police detectives talking at a crime scene. Their entire conversation is naturally going to simply present facts, both to each other and to the audience.) 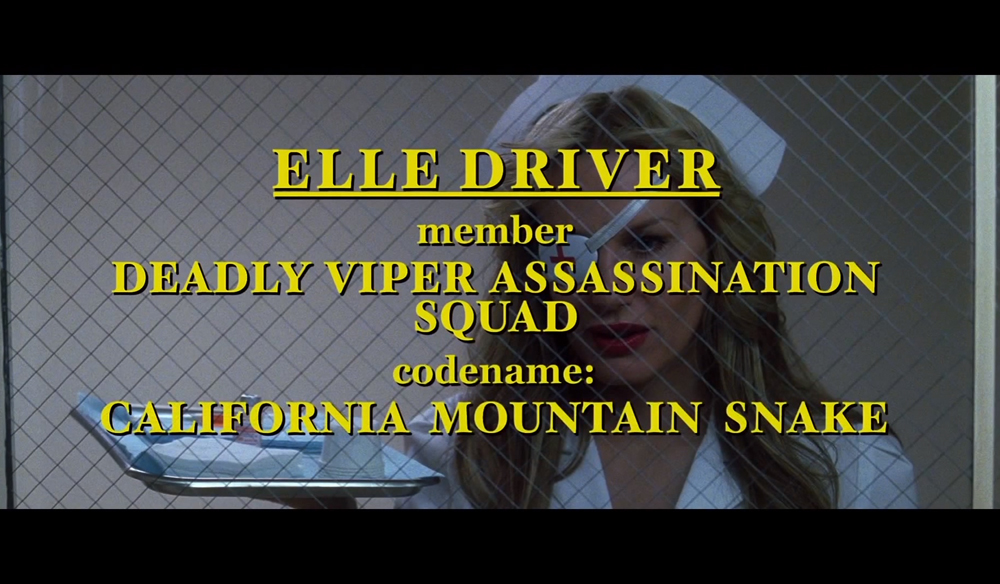 When exposition would seriously interrupt the viewing experience, filmmakers seek other ways to communicate background information. One of those methods is the use of a character title card, which can also go by the name of a “boss subtitle” — a reference to the title that appears when facing a boss in a video game.

The use of title cards long precedes video game boss titles. You can find some of earliest uses in old Chinese action films — a trope that would later inspire Quentin Tarantino to use character title cards in his films. 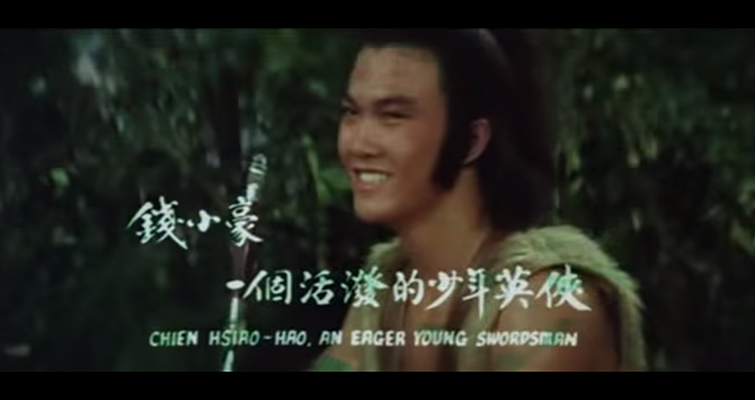 Image from The Masked Avengers via Shaw Brothers Studio.

Uses of The Character Title Card

If you’re considering a character title card for your project, let’s have a look at some of the primary uses of this onscreen graphic, how to use it properly, and how it can sometimes be redundant

The primary use of a character title card (or a boss subtitle) is to give the audience essential information that would seem trivial or forced in conversation. They can also communicate character histories that are relevant to the story.

Let’s have a look at a few examples

In the still below from 2015 film Creed, character title cards introduce several characters. 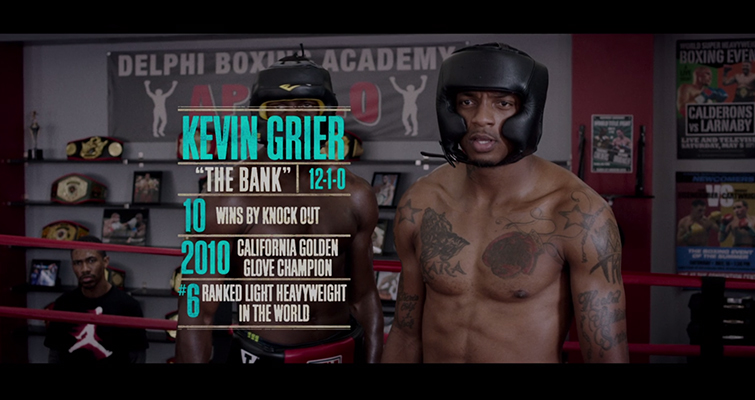 This is the perfect use of a character title card, and if you analyze the design of the card, you’ll notice it mimics a classic boxing promotional poster. 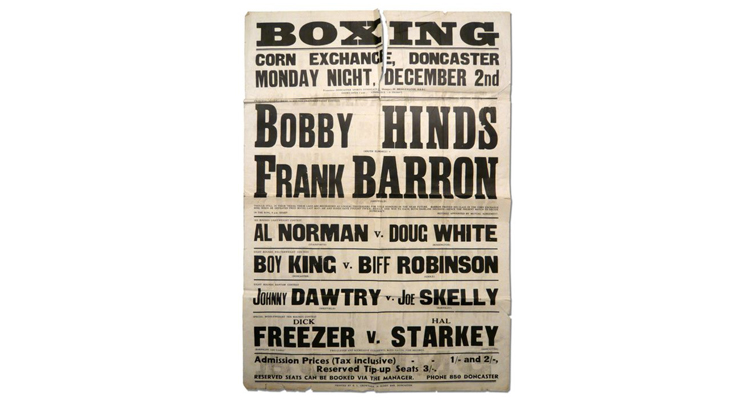 A character card doesn’t have to include this much information. As we see in Scott Pilgrim vs. The World, the characters appear with their name, trait, and age. This is particularly important in regards to Scott’s new girlfriend. Scott, who is 22, is currently dating a girl in high-school. His friend Kim pokes fun at that, but we don’t find out her age through dialogue. If this dialogue had been something like “Oh my god, you’re dating a seventeen-year-old,” it wouldn’t sound as organic as “You’re dating a high schooler?” When his girlfriend arrives, we see a small character title with his girlfriend’s name and age. 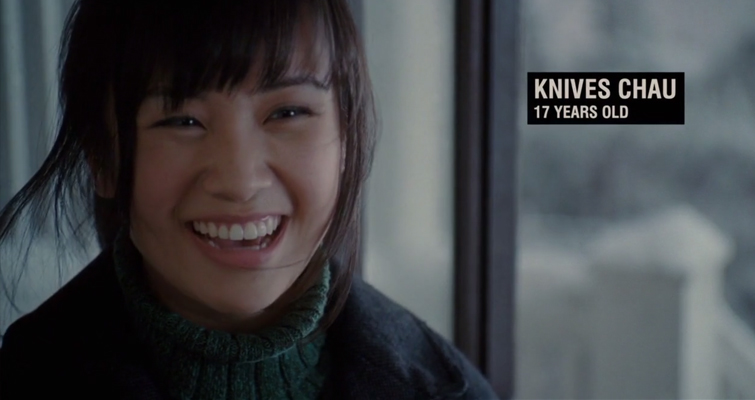 An important thing to note is that in these examples, cards aren’t a foreign concept to the story’s source material. Scott Pilgrim draws from video games and comics, and overlays are common during televised boxing matches. If title cards are mismatched with your narrative material, you may have to get more creative.

What if you don’t want to use a freeze-frame or include an element of information that exists outside of the film world? Filmmakers can get creative and include character title elements in the scene itself. Let’s look at an excellent example from 2014’s Guardians of The Galaxy. 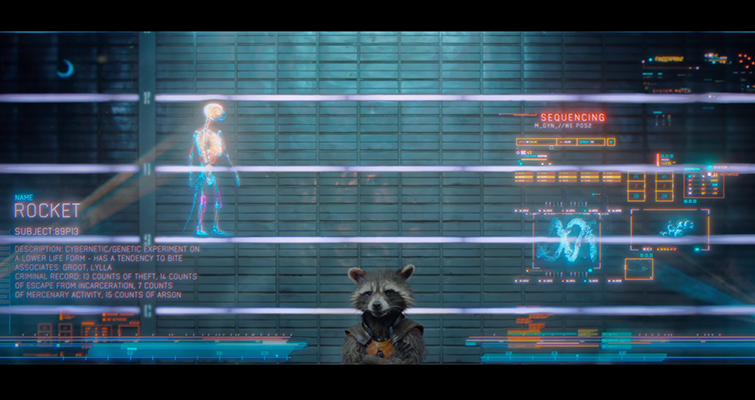 In this scene, all of the principal characters have just been arrested, and we don’t know a lot about them save for Peter Quill. In one scene, they are undergoing processing in a space prison, and the officer is relaying information about each character to his partner. There’s no doubt about it: there’s a lot of exposition flying around, but as I mentioned earlier, there are some situations — and it usually involves crime — when it’s hard to get away from exposition. Instead of overwhelming the audience with too much expository dialogue, the filmmakers emulate a character title card — but in the form of a digital projection.

The guard says, “Subject 89P13. Calls itself Rocket. The result of illegal genetic and cybernetic experiments on a lower life form.”

However, onscreen, through the database projection, we see a lot more information, and it tells us that Rocket is one of the rowdiest characters of the cast: “13 counts of theft, 14 counts of mercenary activity, 15 counts of arson — has a tendency to bite.” Since this information is a projection in the scene, the fourth wall stays intact.

When Not To Use The Cards

As with every great technique, there’s a time and place to use it. Character title cards may not work in specific genres, but what about films wherein the character title cards are a genre convention but their use still falls flat? For this, let’s look at 2015’s Suicide Squad. 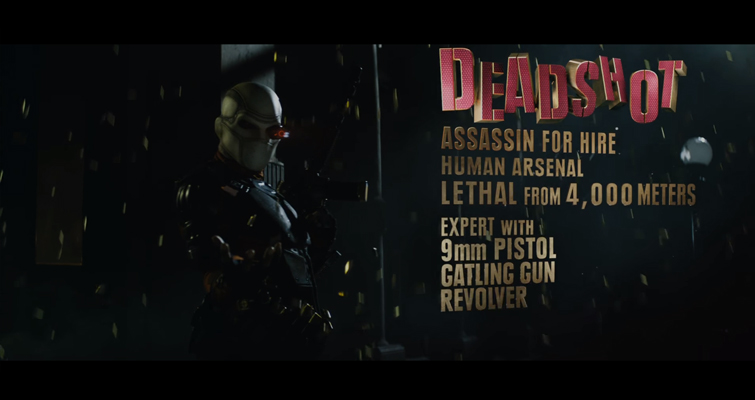 Suicide Squad was perhaps one of the most heavily criticized blockbusters of 2015, and its editing was a prime culprit (you can watch an excellent thirty-minute analysis of the editing here). The character title cards in this film were poorly done for one very particular reason: the information on the cards is not essential.

Will Smith’s character Deadshot is a good example of the problem. We learn from a title card that he’s an assassin for hire, a “human arsenal,” lethal from 4,000 meters, and an expert marksman. This character title card lasts for ten seconds. However, we then proceed to a sequence wherein we see for ourselves that he’s an assassin for hire — and that he can kill a target from very far away. Sometime later, another scene demonstrates his proficiency with multiple weapons. The title card doesn’t actually convey any extra information, and when you see one for each character, it becomes fatiguing.

Create Your Own Character Title Cards

Thankfully, YouTube has many tutorials that can teach you how to make your own character title card. Film Riot made an excellent tutorial on how you can make stylized character introductions, similar to the style of character title cards in a Guy Ritchie film — or from the 2006 film Smokin’ Aces.

Personally, I’m a huge fan of the classic freeze-frame and text overlay card. I find them very elegant and timeless.

What are your thoughts character title card? Let us know in the comments below.