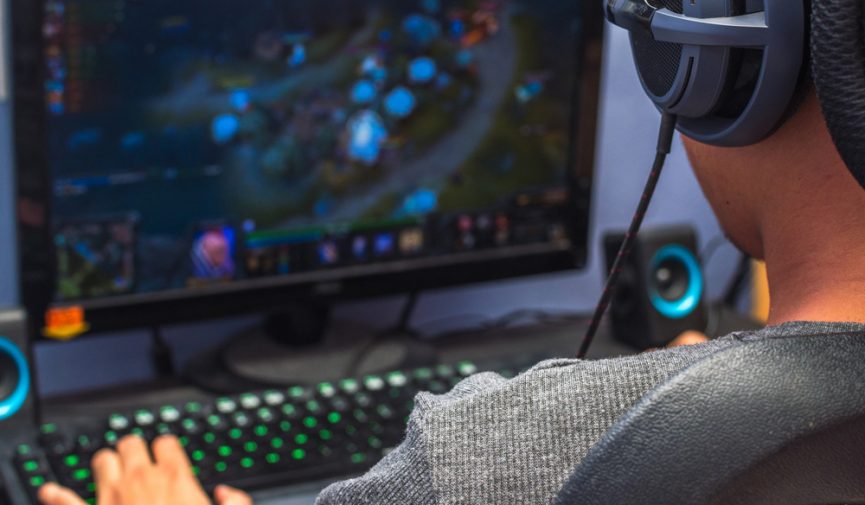 Do you run into audio-syncing problems when editing your gaming videos? Here’s the reason why — and how to fix the problem.

Over the last several years, video game walkthroughs and online multiplayer matches have taken YouTube and Twitch by storm. SuperData estimates that 2017 saw 666 million individual viewers of online gaming video content — and that viewers of GVC surpass the viewers of Netflix, HBO, and Hulu combined. 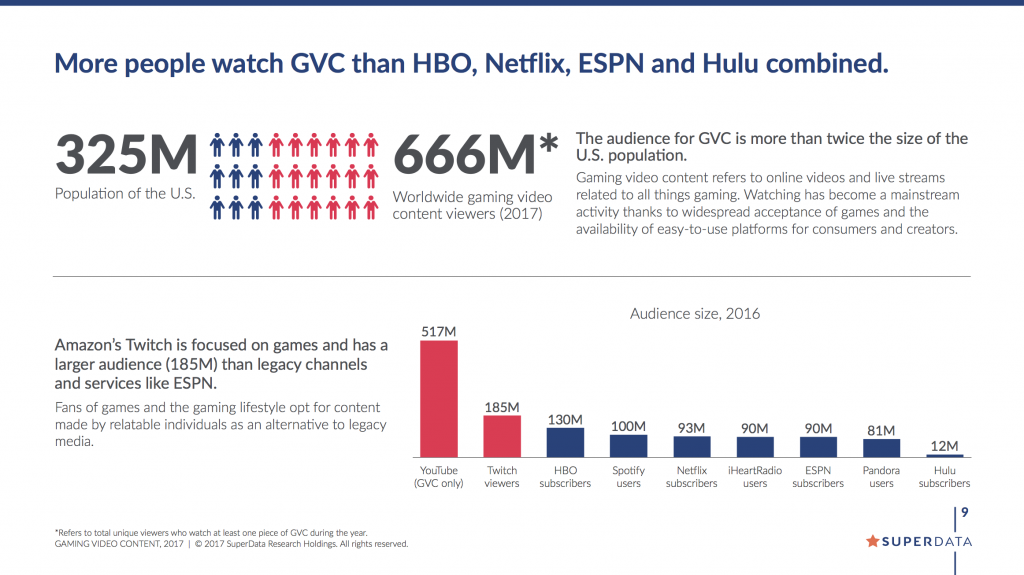 While many of the elements of filmmaking and videography are missing in this form of video content, creative editing is something they have in common. As someone who has over a million views in editing tutorials, after I hear “How do I get this software for free?” I most commonly get “What is the best software for editing games?” I would also argue that many of the most creative film and video transitions of the last few years have come from video game montages.

For those looking to venture into this new and reward-rich world, the very first tool you need is screen capture (also called screencast) software. We’ve already covered several versions of screen capture software that we think are the best contenders on the market. They, however, do carry price tags. Not to worry, though: there are also plenty of free alternatives.

The Windows 10 Xbox DVR app comes installed on all new Microsoft machines, and you can use Nvidia’s GeForce Experience with Nvidia’s graphics cards to record and stream your gameplay.

However, when you’re using this software, you may encounter a problem with variable frame rates.

Video games, unlike films, can play at a variety of different frame rates during a single sequence. The number of frames in the playback are the result of various components of your computer. Since we’re not a computer hardware blog, I won’t go into detail, but this write-up does a wonderful job of explaining the technical wizardry. In brief, if you have a low-performing computer, and there’s a GPU-intensive sequence, it’s likely that the game will drop in frames per second (fps), so you can progress through the game without crashing the computer.

Therefore, even though you may be recording at 60fps, there could be moments when the video drops down to 52fps. If we look at some of the metadata for these clips, even though the recording setting is at 60fps, we see an assortment of different frame rates. 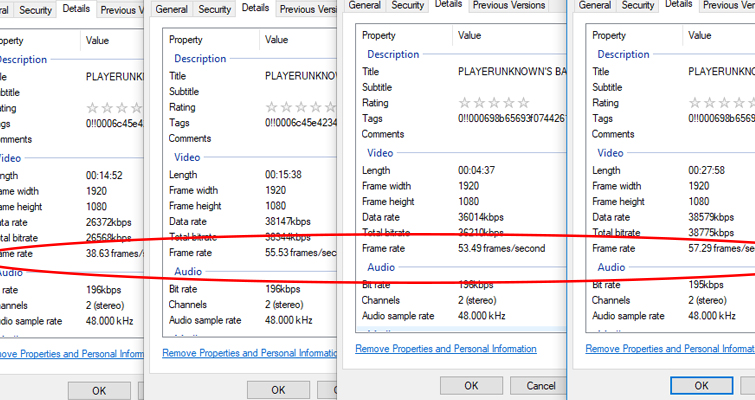 When you play the recording, say on Windows Media player, you won’t see any sync issues. However, if you bring it into a 60fps timeline in Premiere, you’ll notice that the audio drops out of sync as the clip progresses. It doesn’t matter what fps setting you chose; the sound will always fall out of sync.

To fix this, we need to convert the source file from a variable frame rate to a constant frame rate. This does involve downloading (free) software, and I know downloading something to correct an issue is never the greatest solution. It would be great if we could tick a button in Premiere and fix everything. But, no.

First, you need to download HandBrake. HandBrake is a multi-platform, open-source video transcoder, and as I mentioned, it’s entirely free.

After installation, open the application, and then import your video clip by clicking the Open a single video file. You can, if you need to, batch import a number of clips from one folder. 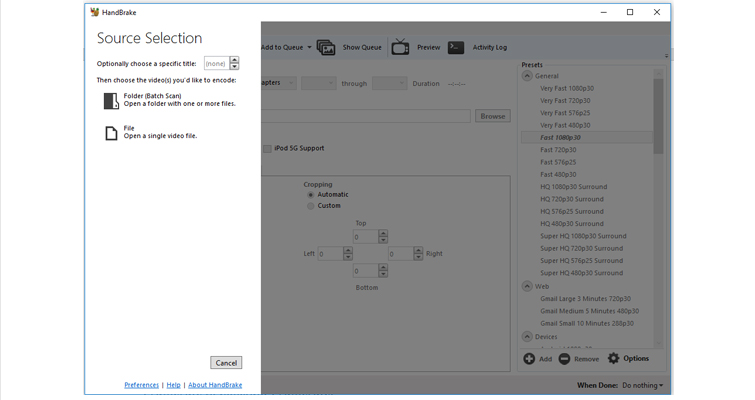 With the file imported, you’ll land on the Picture settings tab. To fix the fps, we need to jump across two tabs to the Video tab. 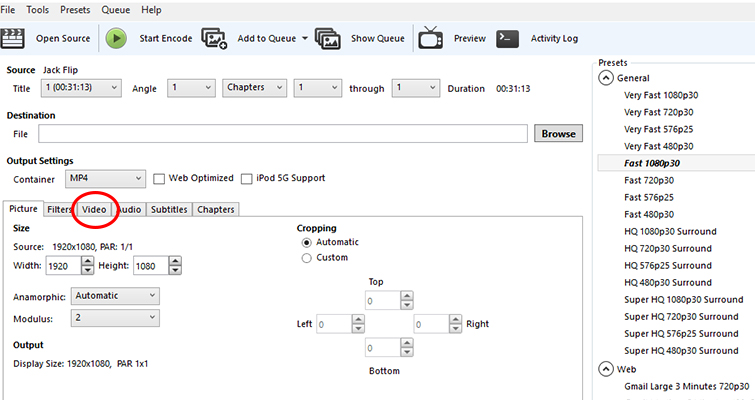 Directly underneath the video tab are the frame rate settings. By default, the fps will be set at the fps of the preset that the software initially loads. It’s crucial to change this setting to the fps of the recording. In my video, I was recording at 60fps. Therefore I would change the fps to 60.  Then, most importantly, you need to switch the settings underneath from Peak Framerate to Constant Framerate. 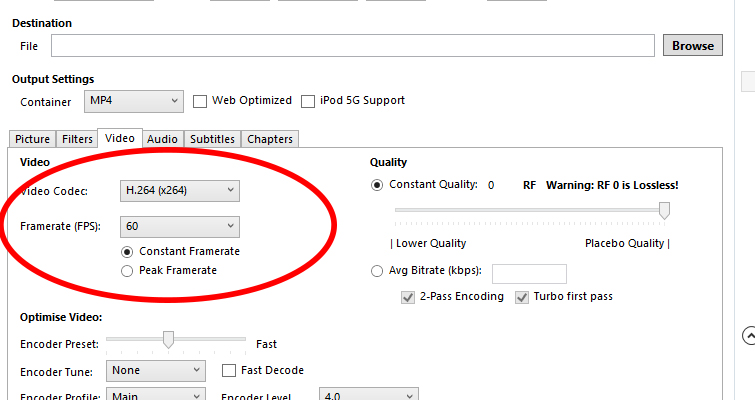 You can then set the resolution, destination folder, and audio settings however you want, but ideally, you want the new file to resemble the same data as the original. If you place the RF coding at 0, the file will render with lossless output. 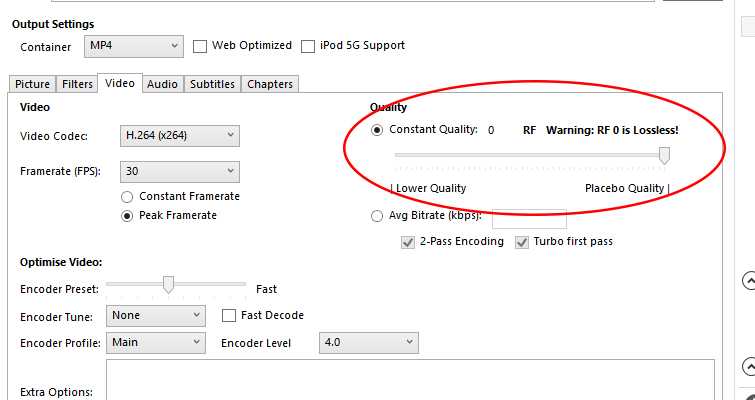 When you bring the file back into Premiere, it will be at a constant frame rate, and there will no longer be any sync issues.

I have found that this isn’t necessarily an issue with all screencast software, presumably because some programs allow you to record at a constant frame rate. However, if you do take advantage of free software and run into this problem, you now have a fix.

Looking for more info on screen capture? Check out these articles.

And if you need backgrounds, transitions, or any other effects for your videos, go see our friends at RocketStock for all your video editing needs.