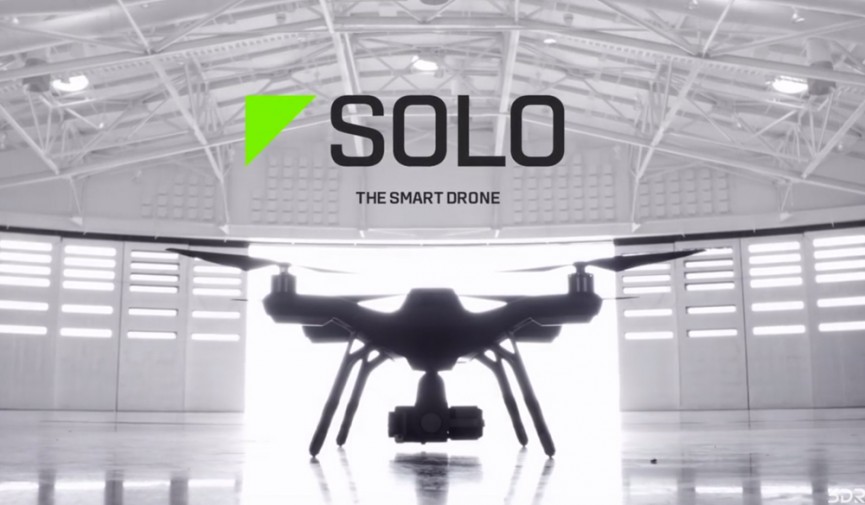 The 3DR Solo Smart Drone: So Easy a Monkey Can Use It

The world’s first smart drone is an incredible new tool for GoPro users.

It’s been a great year for drone announcements, but by far the most exciting new drone to be announced at NAB 2015 is the new Solo Smart Drone designed by the good people at 3DR.

Unlike other drones on the market, the Solo Smart Drone is equipped with two computers, both designed to help it perform complicated flight and camera movements. 3DR is stating that, due to the complexity of the Solo Smart Drone’s design, it qualifies as the world’s first smart drone — and smart might be an understatement.

Before we dive into the details of the Solo Smart Drone, check out the product launch film. It is easily the coolest, most over-the-top product launch film ever created. Seriously,  if you can think of a better launch film, we’d love to hear about it in the comments below.

The drone has all of the features you’ve come to love in other comparable drones, but the Solo Smart Drone has a few features that make it special:

The drone comes with a single controller that can be integrated with a smart phone to gain even more functionality. If you want to monitor the drone’s footage on an even bigger monitor, you can output footage from the controller via HDMI cable.

You can find out even more information about the Solo Smart Drone by visiting 3DR’s website.

The Solo Smart Drone is available for pre-order from B&H for $999. It will begin shipping in May.

Want to see even more NAB 2015 announcements? Check out a few of these gear announcement posts from NAB 2015:

Will the Solo Smart Drone be as revolutionary as the video implies? If you buy one, will you let your pet monkey fly it? Share your thoughts in the comments below.