The 4K War: Thoughts on the Future of Video Resolutions

8K cameras exist, so is 4K too late to the party?

When talking about 4K resolutions, it’s interesting to do a quick look back over the accelerated growth of high-resolution video during the last decade…

Remember when you bought your first HD camera? It may have been about 10 or 15 years ago and it probably only recorded in 720p resolution. 720 resolution is over twice as small as its 1080 counterpart (Wikipedia), but experienced initial popularity for it’s lower price point (on equipment/sets) and smaller file size (for editing and compression).

But as the cost of televisions and cameras continued to drop through the 2000’s, broadcasters scrambled to get the higher quality 1080 video to their customers. By 2010 the majority of HD broadcasts were in 1080i. This demand for higher quality has left 720 as an outdated HD format.

Now, fast-forward to 2014 and there are some striking similarities between 720 and 4K. Namely, that both 4K and 720 were introduced into markets that already possessed superior video formats. 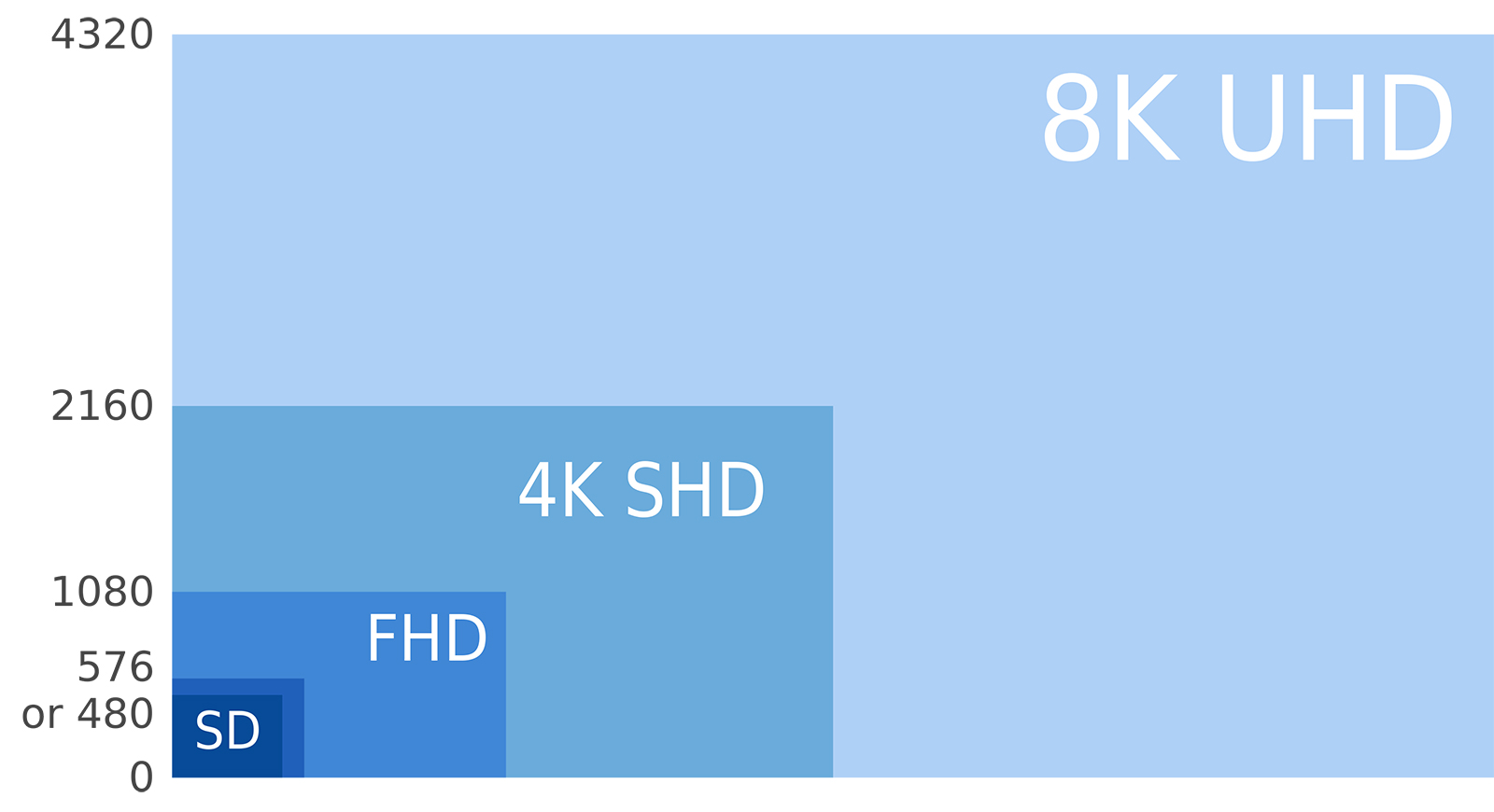 Since 2003, 4K cameras have been available for filmmakers. Nonetheless, there has been a general push-back against the induction of 4K into mainstream film and TV production. Unavoidable problems, including the high cost of 4K TV monitors and the even higher cost of 4K cameras, have made Ultra-HD difficult to sell to the public.

However, in recent years some 4K monitors have dipped below $1,000 dollars making them ‘affordable’ to consumers. 4K film cameras have also become increasingly affordable, with some now going for less than $3,000 dollars.

That being said, simply having the viewing technology isn’t enough. Broadcasters need to be able to send 4K signals through their networks and that technology is not yet available in America. So as it stands right now, broadcasting 4K in America is a future endeavor that will probably not be a reality until 2016 (via Multichannel). Coincidentally, 2016 is the same year Japanese broadcasting company NHK is set to test 8K resolution satellite broadcasting. NHK predicts that by 2020 they will be broadcasting in 8K resolution. So what does this mean for you and your shiny new 4K camera? 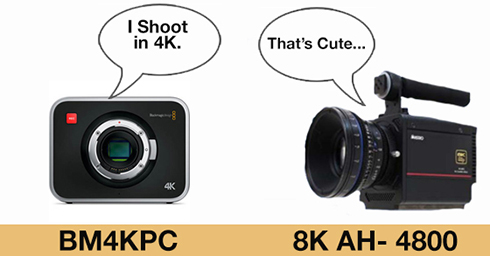 4K is likely to be a national broadcasting standard from 2016 to 2020 giving it at least 4 years of dominance in the market (via multichannel). For some filmmakers 4 years of exposure to 4K may likely result in buying 4K cameras – even if they don’t have a 4K monitor. But consumers, who replace their TVs usually once every 10 years (via soundandvision), are less likely to experience 4K in the 4-5 years of it’s standardized broadcasting. If history repeats itself, as it often does, than 4K broadcasting will only last about a third as long as 720p broadcasting (via Oldradio).

This doesn’t mean you need to wait until 2020 to buy a new camera. 4K is quickly becoming more of a standard and within the next 2 years we can expect it to be the norm for most professional video productions. So your new Blackmagic 4K isn’t out of date yet, but as a filmmaker you can probably expect about 4 more years of production before 8K consumer cameras roll around. Besides 8K cameras already exist and are smaller than the Blackmagic 4K.

What do you think? Is 4K going to be here a while or will it be quickly replaced by 8K? Share your thoughts in the comments below.