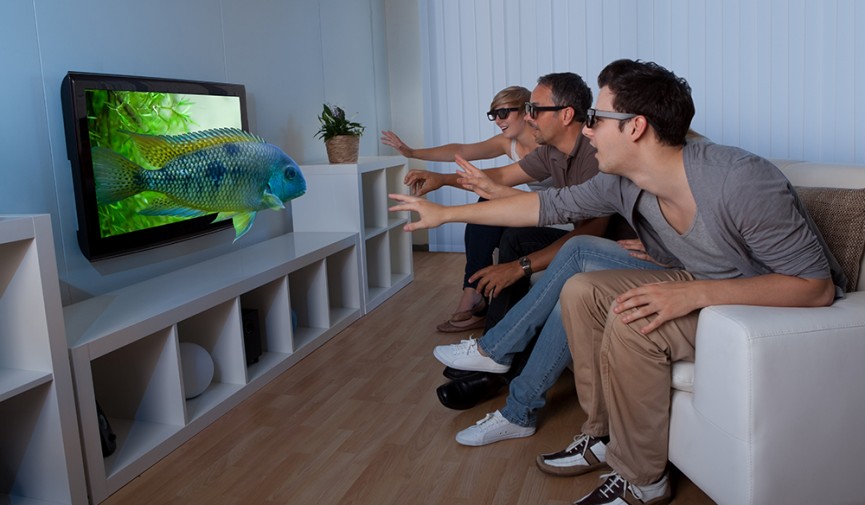 Not every technological innovation can change the world. Here are a few of the most recent video product fails.

It seems like every week there’s a new camera, lens, or piece of equipment that is making a splash in the filmmaking industry. In a lot of ways, it’s never been a better time to be a gear lover. However, every now and then a new piece of equipment will flop harder than 47 Ronin at the box office. In honor of all things terrible (and lest we forget), let’s take a look at some of the biggest technology flops in the filmmaking industry from the last few years. If you can think of any other flops that we forgot, please share in the comments below.

When the AJA Cion was announced at NAB 2014, it looked like a very promising camera that could potentially find a home in the professional video production world. In fact, AJA’s background in video technologies is very similar to that of Blackmagic Design — but the Cion had major problems from the beginning. First and foremost, the camera was delayed six months. In an industry that is constantly changing, a six month delay is a lot of time.

Blackmagic announced their URSA Mini just a few months later at NAB 2015. It had better specs than the Cion at a fraction of the price. In order to compete with the URSA Mini, Cion dropped their price from $9,000 to $5,000, which was viewed by many to be a sign of desperation. Furthermore, AJA started offering free ‘test drives’ of the Cion so that filmmakers could try it out before they bought it. But what may have been a genuine attempt to put the Cion in the hands of filmmakers was quickly perceived as a desperate move to get rid of the cameras.

Adding insult to injury, when Cinema5D did a comprehensive review of the Cion it was revealed that the camera only had 8.2 stops of dynamic range instead of the advertised 12. Currently there have been no talks of a new AJA camera, so the AJA Cion may very well be the first and last camera the company ever produces.

When talking about 3D, James Cameron said “We’ve solved the technology.” But did we really ‘solve’ problem? Despite having the ability to watch 3D sports, movies, and television in your home, audiences simply aren’t consuming 3D content. Maybe it’s the fact that you have to wear glasses. Maybe it’s because there isn’t much 3D content to watch. The Wire put it best when they said:

Not much wiggle room there. Despite investing billions in the technology, TV manufacturers have opted to focus on 4K rather than 3D. That’s not to say that 3D technologies are dying… far from it. But development of flat 3D TV screens for in-home consumption appears to have virtually stopped.

It’s hard to think of a software fail more epic than the launch of FCPX. Despite having loyal users and one of the best NLEs on the market, Apple’s FCPX release was so bad that some were speculating that the software might die off it not updated. Of all the problems with the initial release of FCPX, the most notable design feature/flaw was the introduction of the magnetic timeline, which was supposed to replace traditional track-based timelines. This was a radical departure from the workflow of earlier Final Cut Pro versions and many editors simply couldn’t get on board.

FCPX wasn’t intially released with other little features like multi-camera editing or broadcast monitoring. But then again, when would you ever need to edit a project with multiple cameras?

This is a Google Trends report for search popularity. The blue line is Final Cut Pro and the red is Premiere Pro.  The spike in 2011 signals the release of FCPX (more online searches during that time).

Since its release in 2011, FCPX has been updated over a dozen times. It’s now fully functional as a modern NLE – the first Hollywood feature cut on Final Cut Pro X was released this year. Yet its popularity (according to search data) is still in decline. Did the botched FCPX release set the software on a course for disaster? Only time will tell.

There’s some additional interesting numbers on the Final Cut Pro X userbase over on Creative Cow.

GoPro is all the rage right now. From action videos to immersive 360 VR experiences, GoPros are the camera of choice if you need a small action camera capable of producing better-than-average video. However, their latest camera, the GoPro Session, is severely underperforming in sales, leading many analysts to declare that the camera a flop.

GoPro’s stock prices since its IPO in June 2014.

From the outside, it would seem like the GoPro Session is a great idea — but consumers just aren’t buying the camera. As a result, GoPro’s stocks (as of October 7, 2014) are at a record low and the company’s future has been called into question.

When you’re standing four feet from a TV at Best Buy there might be a split second where you might think a curved screen is a good idea. But curved TVs have major flaws that have left consumers asking a very important question: why would anyone want to buy a curved TV?

One of the biggest selling points for curved TVs is that they will increase immersion for the viewer, as if the slight curve will create a pseudo-VR experience. This doesn’t make sense, but you don’t need me to tell you that. David Katzmaier from CNET puts it best when he said:

In no case did I notice the increase in “immersion” supposedly brought on by the curve. The image seemed no more immersive than any other 65-inch TV, either in isolation or in a comparison lineup.

One of the biggest problems with curved TVs is the fact that if you are viewing the image from anywhere but directly in front, the picture will begin to distort. There’s also the problem of a higher price. While TV salesmen may be able to trick some consumers into buying curved screens, the technology is flawed and isn’t getting great reviews. It’ll be gone faster than you can say “gimmick.”

Can you think of any other technology fails from the last few years? Share them in the comments below!