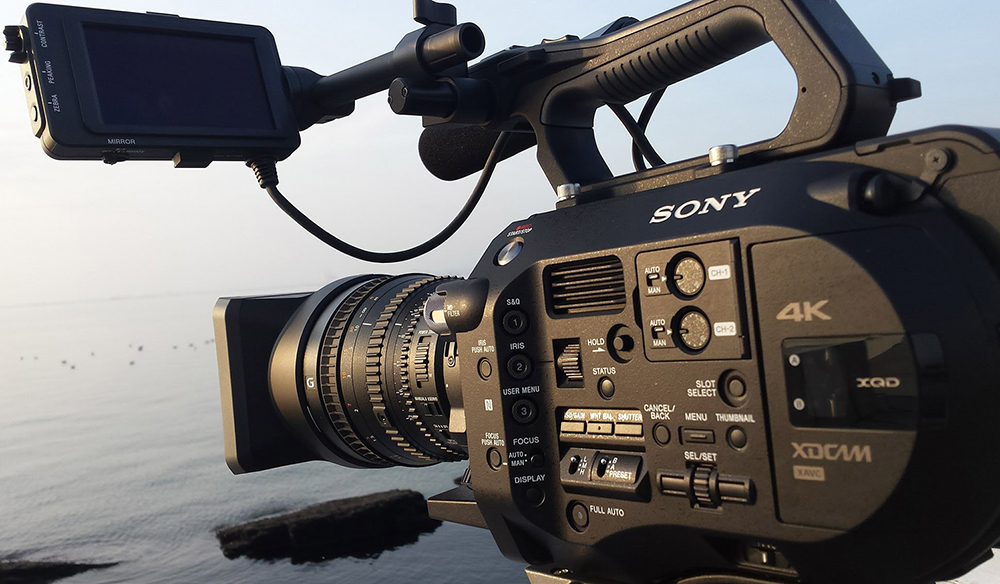 The Difference Between $1K and $10K Cameras

How do the dollars and cents compare with dynamic ranges and sensor sizes? Let’s examine the differences between $1,000 DSLRs and their higher-end $10,000 counterparts.

After I graduated film school, I got a job with a small production company and was able to save up enough to buy my first camera. I bought a (used, obviously) Canon 7D from a kid in my class who was looking to upgrade to a 4k camera. He gave me the 7D, a couple of lenses, batteries, charger, viewfinder and some ND filters all for $1,000.

To me, it was a great deal and allowed me to start shooting my own projects and learn how to get the most out of DSLRs. For him, it was a necessary transaction to help him upgrade to a new camera and build-out that was looking to ultimately cost him over $10,000.

It’s now been a good four years and I can’t rave enough about how well the Canon 7D has served me. We’ve been on hundreds of shoots, in all types of conditions, dropped and scraped and rained on and it’s never failed. Furthermore, I’ve never had a client or producer fault its sensor size or lack of 4k capabilities. The few times 4k has been needed, a higher-end camera was either able to be provided or rented.

However, I’ve recently found myself more and more drawn to several of the attractive new offerings from Canon, Sony, BlackMagic and RED (along with the price drops associated with their second youngest generations). As contributor Lewis McGregor so beautifully detailed his side of the 4k investment experience, I’d like to share my research into what really differentiates the $1,000 cameras from the $10,000 ones.

The higher-end cameras can often offer several more stops of dynamic range. This latitude allows shot compositions that the cheaper cameras just can’t possibly perform. For example, indoor shots that have bright windows are now possible without too many problems. Here’s a breakdown of dynamic ranges with some varying levels of cameras. 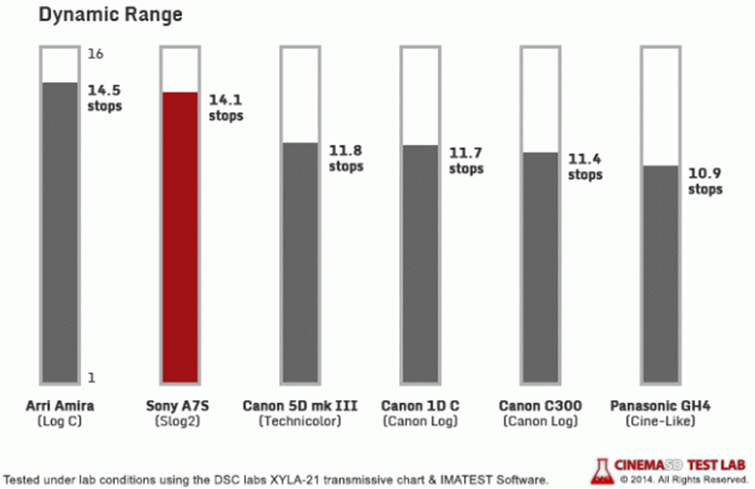 With a lower-grade DSLR, lighting is a constant concern — but not in a good way. There is always a struggle to make sure you have enough of it. Often you don’t, so you need to spend either a good deal of time getting creative with what you have available, or with boosting exposure in post.

With a higher-end camera, low light is not always a hinderance. In fact, with a wide enough latitude, shooting in low-light situations can really be explored and utilized to help set mood and tell a story. Here’s a good breakdown video by James Drake.

Editing in 4k Gives Leeway and Options in the Edit

Similarly, when you do shoot with a better sensor and greater dynamic range, you’re left with much more flexibility in the edit room with colors and contrast range. Also, if you’re using 4k footage for normal 1080p web video, you have the added luxury of cropping a frame to a much higher degree. When using my 7D, I’m lucky to zoom in 5% to 10% without seeing very noticeable noise.

This also opens the door for better stabilization and digital motion after the crop.

Workflow and Gear Can Break the Bank

Despite all the perks of 4k, there are some factors that weigh in favor of a lower-end camera. 4k footage takes up a lot of space. Like, a LOT of space — especially when compared to the normal HD that you may be used to. On top of physical hard drives, that means more space is needed in the cloud and over the uploads and downloads. You’ll also need to invest in everything from higher-end cards or solid states, along with a general higher quality of equipment overall.

You’re not going to want to put a $10,000 camera on a plastic tripod you got from your uncle.

Here’s a good breakdown of all the costs of upgrading that you might not have thought about. But, all told, be prepared to spend around $4,000 to $5,000 to upgrade equipment, storage and editing capabilities.

Renting is a Luxury, But Not Always the Solution

All that being said, I understand the argument for buying a higher-end camera. While I’ve rented up when needed for a few projects, they’ve been far and few between. With so few opportunities, it’s hard for me to build my brand as a high-end video producer, since I have so little to show for it and a knowledge base still mostly built around my DSLR.

Plus, renting isn’t exactly cheap — especially if you think you’ll be utilizing a higher-end camera more and more often. Renting a Sony FS7 from BorrowLenses for a week along with just the recommended additions easily adds up to over $1,000 a week.

If the circumstances are right, taking the risk and upgrading your camera and workflow sooner rather than later seems like the only true way to legitimately grow and develop into a higher-end filmmaker.

What do you think is the biggest differences between a $1,000 cameras and $10,000 cameras? Let us know in the comments below.