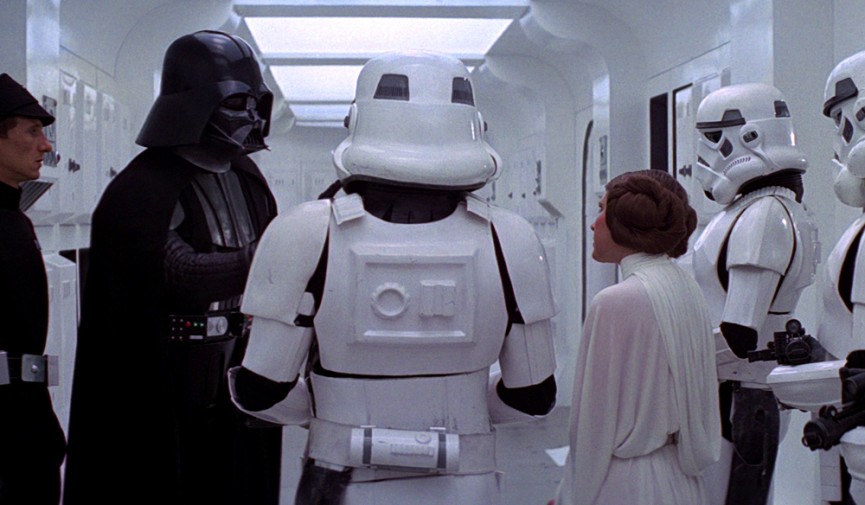 The Greatest Openings in Film History

A solid opening sets the tone for the rest of the narrative. Let’s take a good look at a few of the greatest openings in film history.

The opening of a film is the hook that sets the tone for the rest of the film and gives your audience a look into what the narrative is all about. You can win or lose your audience with how you open a film. A great opening will capture the audience’s attention and keep them engaged, while a poor opening can cause the audience to disengage.

We’ve gone through a rolodex of films and found the best of the best. These films utilized their opening to do exactly what we mentioned above: get the audience engaged and invested in the narrative. Between the films on this list there are a total of 74 Academy Award Nominations, with eight films taking Best Picture nominations.

With Inglourious Basterds, Tarantino quickly introduces the audience to Col. Hans Landa, the Jew Hunter played by the brilliant Christoph Waltz. Here Landa has a discussion with a farmer he suspects of hiding Jews from the Nazis. As the scene plays out, we watch as Landa is delightful and engaging… though things soon take a turn for the dark.

Directed by Danny Boyle
Nominated for one Academy Award

With Trainspotting, Danny Boyle gets the audience right into the action with this up-tempo character introduction. We are treated to a little insight into each character as Iggy Pop’s Lust for Life blares out and Renton gives his “Choose Life” monologue.

The opening scene from John Ford’s The Searchers is one of the most iconic openings in the history of the Western genre. We begin as the front door to the homestead opens and the silhouette of Martha Edwards moves to the front porch. Her husband’s brother Ethan (John Wayne) rides up to greet them after having fought in the Civil War. This opening introduces us to the main character as well as the character of Debbie, whom Ethan will go searching for after her abduction.

With Vertigo, Hitchcock does a fantastic job of setting the tension within the first few moments of the film through intense visual imagery. After such a jarring and shocking intro, audiences are compelled to see how Jimmy Stewart’s character will react to nearly dying and how he’ll handle the effects of the officer’s death.

In the opening of The Player, director Robert Altman introduces the audience to the main character, Griffin, who hears pitches for films — but who is also receiving death threats from a disgruntled writer. In addition to introducing the main characters, Altman’s opening gives us an inside look at the inner workings of a studio by using a long tracking shot, even as the characters on screen address long tracking shots in film. This opening is engaging and really gives the audience a wealth of knowledge into the character and the narrative ahead.

Kubrick opened 2001 with the audience sitting in darkness as ethereal ambient music played. Right away he has established a mood for the film. Then he breaks that mood by showing the title credits as Also sprach Zarathustra from Richard Strauss plays. He follows this up with the introduction to the dawn of man and his encounter with the Monolith.

Who can forget the opening to Jaws. It was both incredibly well shot using Spielberg’s signature tracking shots and low-light visual quality, but it was also incredibly frightening to audiences. This incredible mixture of innocence and chaos was a great way to start the film, as it foreshadows Chief Brody’s upcoming journey that ultimately ends in confronting the titular shark.

Ors0n Welles begins Touch of Evil by having a character on screen show you exactly how long the opening shot will last as he sets the timer on the bomb. We then watch as one of the greatest single tracking shots in film history takes place. We follow the car around the border town and are soon introduced to our main characters. When the timer finally goes off, the first cut of the film takes place as we see the car explode, prompting Mike Vargas to conduct an investigation which fuels the plot of the film.

There Will Be Blood

For six whole minutes at the start of There Will Be Blood we watch the silent hardships of Daniel Plainview as he mines for gold. Anderson perfectly foreshadows the harshness of the full narrative with this opening, but he also gives us a view of a working and uncorrupted Daniel before he gained his riches.

To say that opening of Goodfellas is a punch to the face is an understatement. We begin with an amazing title sequence from the legendary graphic artist Saul Bass, then we see a car driving down a darkened road. We immediately catch our first glimpse of the three main characters while they ride in the car and hear a noise that sounds like a flat tire. As Martin Scorsese loves to do often, he introduces us to the unapologetic violence that will exist throughout the film as Ray Liotta says the immortal words, “As far back as I can remember, I always wanted to be a gangster.”

Once Upon a Time in the West

By this time in his career, Sergio Leone had become a master of visual storytelling. With the beginning of Once Upon a Time in the West, we watch as three men come upon an abandoned train station where they await someone. During this sequence the only sounds we hear are environmental. These sounds serve to heighten the tension as Charles Bronson arrives and tells the men, “You brought two horses too many.” This whole sequence firmly establishes the hero of the narrative, while also giving us a sneak peek at the quiet chaos of the frontier.

Raiders of the Lost Ark

With Raiders of the Lost Ark, director Steven Spielberg gives us two of the most iconic shots in film history. Indiana taking out some of the sand in order to match the weight of the idol was fantastic, and then there’s the epic escape from the boulder. We are introduced to the adventurer side of Dr. Jones, which makes the revelation of him being an archeologist and professor all the more amazing.

Francis Ford Coppola did something with the beginning of The Godfather… he shrouded the main character in low light with darkness all around. This correlates perfectly with the dark dealings that surround the entire plot of the film. Coppola begins with a man telling an unknown Don Vito Corleone the brutal story of his daughter’s beating, only to reveal him after the man whispers in his ear. It’s one of the most iconic shots in film history and one of the best reveals of a main character ever.

Did your favorite film opening make our list? Are there film openings that you feel we should have included above what is listed? Sound off in the comments below.