F-stops are crucial to understanding how a camera lens works.

There is no lens concept more misunderstood than f-stop…and rightfully so. Everything about f-stops run counterintuitive to how one would actually think they work, but have no fear. In the following post we will take a look at every aspect of f-stops and how it relates to photography and video. If you have any questions please feel free to ask in the comments below!

What is an F-Stop?

An f-stop is the numerical representation of the size of the lens aperture in relation to the focal length. Generally speaking an f-stop will quickly tell you how much light your lens is letting in. A lower f-stop number (1.2, 1.4, 1.8, 2) will let in more light compared to a higher f-stop number (8,11,16,22) which doesn’t allow very much light.

Although the actual f-stop numbers may seem arbitrary they actually stand for something important. In photography and video a stop is a step that either doubles the incoming light or cuts the incoming light in half. Knowing what numbers represent stops is very important to figuring out how much light is coming into your camera. The following chart shows us what f-stop numbers represent full stops:

The Science of the F-stop

While most people think an f-stop is an actual reading of the amount of light that is coming through a lens it is actually far from it. An f-stop reading is a math equation for the focal length of a lens divided by the diameter of the entrance pupil (or aperture size). Practically speaking, this means lenses with larger apertures (low f-stop numbers) tend to be physically larger than their small aperture (high f-stop number) counterparts. Take the the Canon 50mm line, for example. The 1.2 is larger than the 1.4 and the 1.4 is larger than the 1.8. The f-stop formula also means telephoto lenses tend to be much wider than comparable standard lenses.

So how are you supposed to know how much light is actually going through your lens?

Filmmakers in early hollywood answered this question by coming up with T-stops, or transmission stops. T-stops are a measurement of how much light is actually going through the lens at any given f-stop. T-stops take in account the percentage of light that comes through a lens and mixes it with the f-stop number. So for example a 100mm lens at f/2 with a light transmittance of 75% will have a T-stop of 2.3. Similarly to f-stops the greater the T-stop number the darker the image. Generally speaking t-stops are used much more in the filmmaking industry than in the photography world.

Besides indicating how much light is coming through a lens an f-stop indicates how blurry the “out of focus” parts of your image will be. You might be familiar with the “term depth of field”. Simply put, depth of field is the amount of space that is in-focus in your image. Lower f-stop numbers (1.2, 1.4, 1.8) will have much more camera blur than higher f-stop numbers (8, 11, 16).

Practically speaking this can create a problem when you need to let in a lot of light, but also need to have a wide depth of field. A quick solution would be grabbing a lens with a wider field of view because they have a wider depth of field compared to a telephoto lens. This is a common problem in the photography/filmmaking world and the best solution is using off camera lights.

You would probably think that a lens is at it’s sharpest when the aperture is as wide as possible, but that is actually not the case. Modern lenses are actually at their sharpest at f/5.6-8. This is simply due to the science of the multiple glass elements inside the lens. So while an image shot at f/1.2 may look super sharp due to it’s depth of field, it may actually be much sharper at f/5.6. 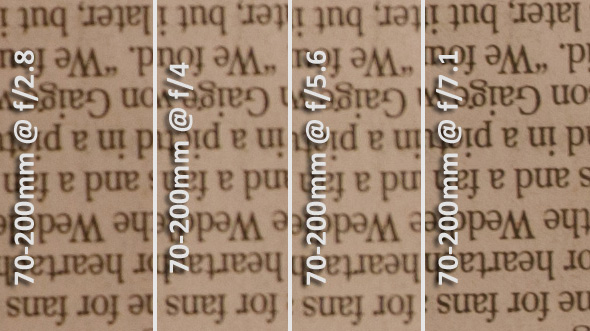 Courtesy of ImprovPhotography. Notice how sharp the image is at f/7 compared to f/2.8

For most modern lenses an aperture is adjusted by a motor that communicates to the camera. So if you wanted to adjust your f-stop you would use a wheel on the camera instead of adjusting anything on the lens. However, if you have an old lens or a lens that is designed for filmmaking than you probably have an actual ring on the lens that allows you to adjust the aperture blades. The lens will make a clicking sound when it goes from one predetermined f-stop number to the next. They are often refereed to as “clicked” lenses. Lenses that click between f-stops are bad for filmmaking because if you ever need to adjust an f-stop while you are recording it will harshly jump from one f-stop to another, making it jarring to the viewer. 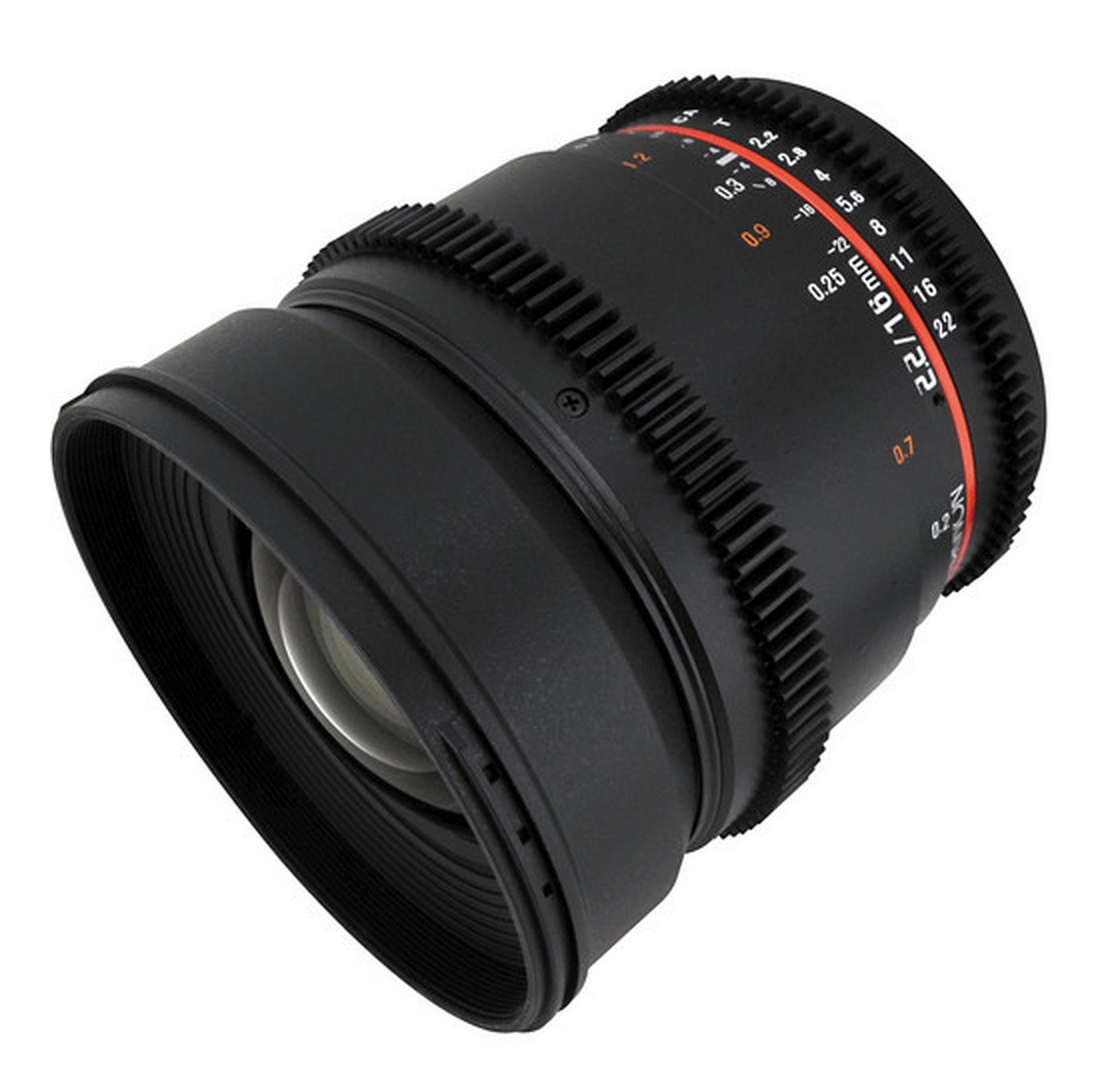 To avoid this problem lens manufactures sell “de-clicked” lenses that can smoothly move between f-stops. If you ever need to move from one lighting situation to another, say indoors to outdoors, a declicked lens will allow you to smoothly adjust the aperture without the audience noticing. If you need a lens to be declicked you can pay to have it done professionally or if you are really tech savvy you can even do it yourself…but be careful because you can destroy your lens if you’re not super careful.

If you are a photographer or filmmaker understanding f-stops is crucial to mastering your craft. Although they may seem counterintuitive at first, over time you will be able to recall how f-stops relate to light and depth of field without even thinking about it. If you are interested in learning more about f-stops we highly recommend checking out the following links: