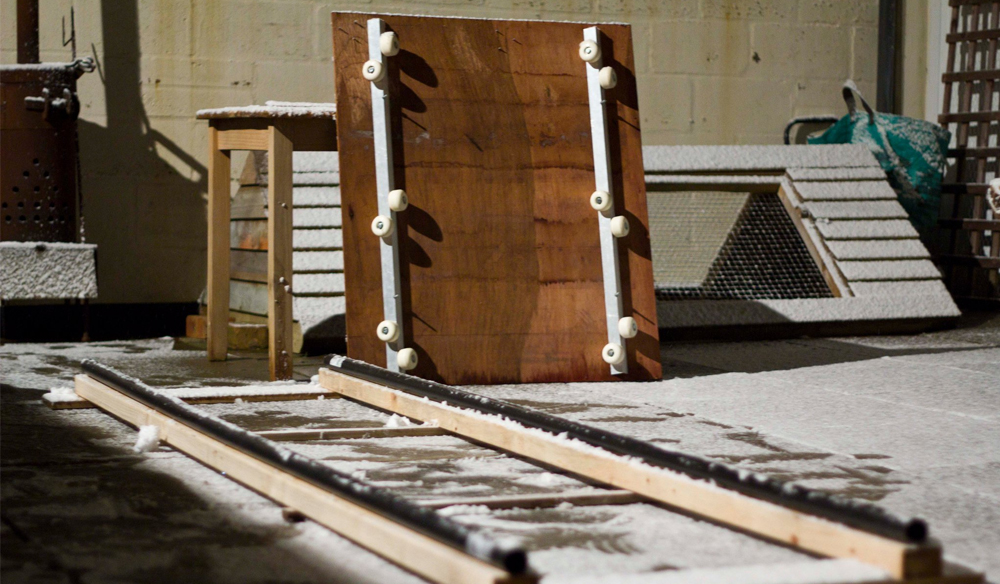 We’ve all been there — solving production problems with creative builds on the cheap. But what else do we gain by building our own DIY filmmaking equipment?

During the winter of 2009, there were two places where I spent my time: the DIY megastore and my back garden — buying and then assembling bits of piping and construction material to make my DIY filmmaking equipment. From a 9-ft dolly to a 1-ft slider, and of course, the classic PVC shoulder rig — I spent a little time on all the hits. 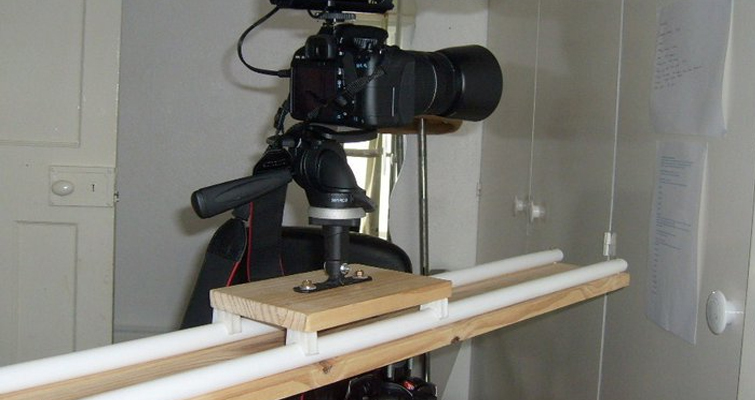 My first contraption from 2009.

I fondly remember walking out of the DIY store feeling like I had won the lottery — I was sure that the checkout assistant didn’t correctly scan the second aluminum bracket. It was only when I got back to the car, which was a hurried rush, that I confirmed my suspicions. I only paid for one bracket. As a broke university student trying to build the equipment Peter Jackson was using, this was a godsend. (The store is a gargantuan billion-dollar company; it wasn’t as if I just sent a local small business into the red.)

Aside from cat videos, DIY filmmaking tutorials were also at the height of popularity during the so-called golden age of YouTube. Recently, Ted Sim of Aputure and Indy Mogul said, “Nowadays, gear is cheap. Like scary cheap, and if you don’t know already, it’s probably cheaper to buy a lot of gear than to make it. It will save time and money by buying it.”

DIY Filmmaking Equipment Then and Now

It’s true. You can pick-up a 100cm Newer camera slider for $69/£45. (The skateboard wheels alone will cost that much.) I haven’t used the device, so I can’t swear by its quality, but it’s likely better than the contraption I built in 2009.

Back in 2009-2010, new filmmakers had two choices for sliders: DIY or drop $700 on a Kessler Slider. And it’s not just sliders that are so available now. You no longer have to worry about knockoff ARRI lights exploding because you can get an Aputure 120d for the same price. When it comes to almost any piece of equipment you can think of, what once involved a night with the sawmill and some PVC is now a quick SmallRig purchase. (Is there anything they don’t make?)

I was recently swapping DIY tales, and something hit me. Despite all the hardship and the tedious trial and error that went into building these things, they were so much fun. In the following GIF, the first shot is the result of the track and dolly in the cover photo for this article (2011). My right hand was holding the tripod in place (of course there were no feet grips), my right leg was pushing the dolly, my left hand was pulling focus, and I was panning left by pushing my jaw against the tripod handle.

It was outlandish, tiring, stressful, and . . . marvelous. This shot is a direct result of the hours spent on forums and digesting everything Erik Beck had promoted on Indy Mogul. Dollies and sliders were tools of the pros, and yet here we were with our own. Of course, the sleepers would soon crack, and after that, the odd wheel would fall off. But there was a significant sense of accomplishment that came with each shot using DIY filmmaking equipment.

Now, I have a slider that I can program to track forward and pan at the same time — with my smartphone. The wheels are never going to fall off, and I certainly can’t imagine the framework rusting. And although it helps captures precise shots every time, it doesn’t have the same feeling.

Don’t get me wrong, when it comes to time and money, it’s very useful. But I imagine missing this feeling is similar to how a 35mm film photographer feels when they develop their own photos; it’s organic.

A decade ago, I would have killed to own the equipment that I have now, and today I wonder if it’s become too monotonous and sucked the joy from “getting the shot.” I appreciate that it’s just as possible to go out and buy all the pieces you need to rebuild that DIY dolly, but I have a funny feeling my schedule will start to clear if I keep turning at up at jobs carrying a 9-ft wooden track.

What’s Next for DIY Filmmaking Equipment?

None of this is to say that DIY filmmaking equipment is dead. There are still gaps in the low-budget market, and filmmakers are always introducing new DIY tools that replace several other accessories at once. The guys on the Shutterstock Tutorials channel have a number of a great DIY builds, but what’s interesting is that the tools they build (a helium balloon, a Roger Deakins ring light) are at the next level of DIY builds. If making a DIY dolly was one pipe dream we all shared, a DIY helium LED balloon wasn’t even something we considered back in 2009.