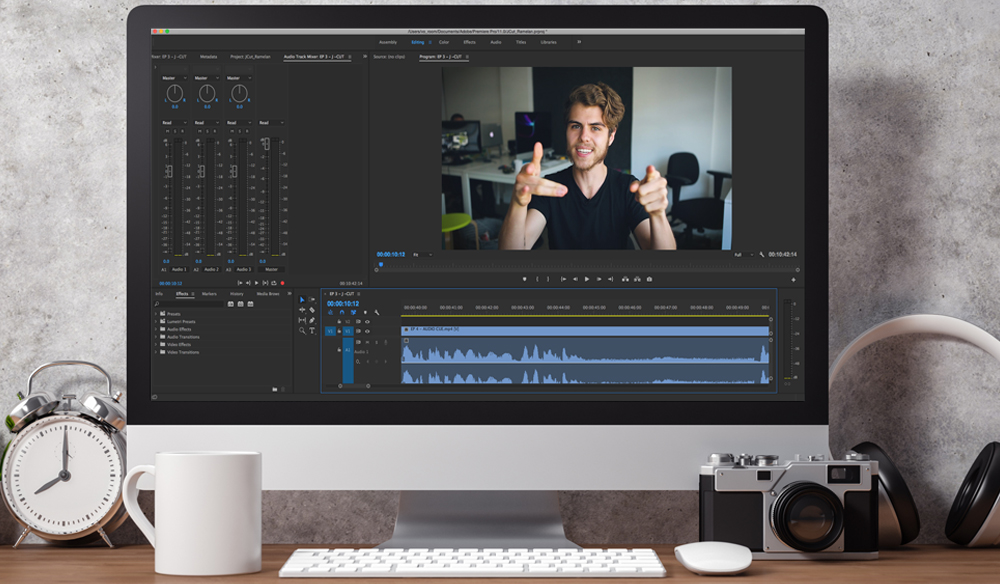 Improve your transitions with this audio trick you don’t even know you should be using.

There are millions of ways you can use audio cues to beef up your film, but keep in mind that an action must motivate the cue. You can find prime examples of great cues in nearly every narrative film you watch, so keep an ear out for them.

As seen in the video tutorial, the first and most common example of an effective audio cue is using the sharp sound of a door opening. Starting a scene with a character opening a door not only starts with a bang, it also introduces your audience to a new space — you’re essentially exploring the room with your character.

Another great use of an audio cue would be the sound of a prop in the film: it could be a gunshot or a lamp turning on. Essentially, you want to incorporate your cut with something in the setting. It feels more natural when an object or person in the story motivates the transition.

With that all in mind, have fun with your cues, and experiment with all your options.

Do you have tips for using audio cues as transitions? Let us know in the comments.