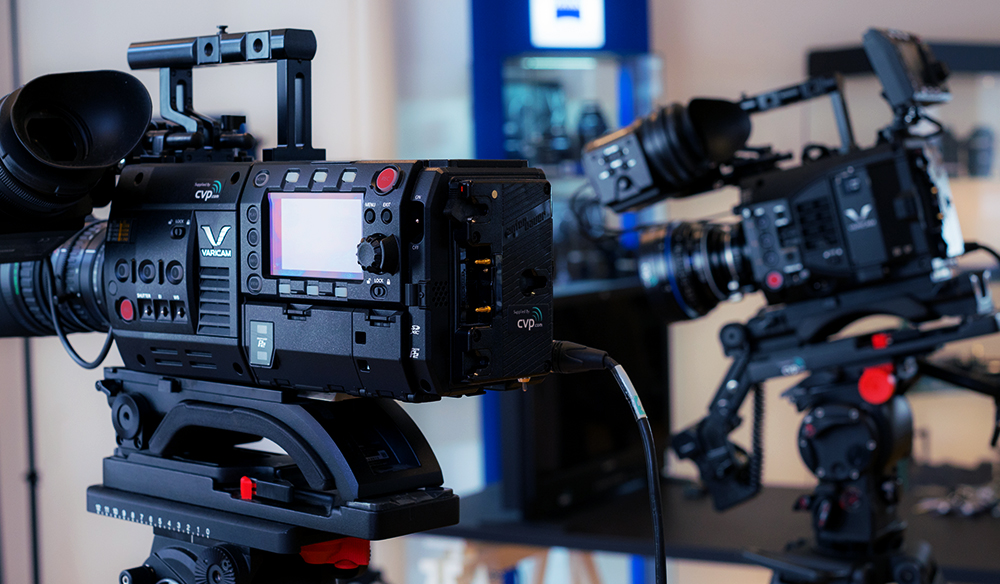 Video Industry News You May Have Missed (March 2016)

The industry landscape changes constantly, so it’s easy to miss the latest news. This handy video industry news roundup can help get you caught up!

NAB is getting closer and closer, so you can expect more and more breaking industry news with each passing day. In fact, the flow of new products and service announcements has already started. Here are some recent headlines you might have missed!

The DJI Phantom 4 is a vast improvement on the already solid Phantom 3. With its new ActiveTrack capability, you can track moving subjects with ease. The Smart Return feature allows the drone to return home while avoiding obstacles in the process. The Phantom 4 is already available from DJI and is priced at $1399.

We have recommended the DJI Phantom as the best drone you can buy for the last two years running. It has never been the cheapest option, and in the past competitors have bested it on certain features. The Phantom was sort of the iPhone of drones, the best overall package of price, power, and ease of use. But with the Phantom 4, DJI’s drone isn’t just the best overall offering, it’s also the most cutting-edge. — Ben Popper via The Verge

Read more about the DJI Phantom 4.

Video via The Verge

In the world of action sports video, production and promotion used to move at a slow pace. But with the advent of smart phones, tablets, and the GoPro, video production for action sports happens in an instant. With this in mind, Shutterstock has partnered with Red Bull Media to create a new online series called Focused that, well, focuses on action sports athletes and how they integrate and utilize video production.

Because video technology is rapidly developing, many of these athletes have chosen video as a means to promote themselves and their sport. In the past, athletes spent years compiling enough footage to create full-length videos. — Niko Brown

Video and above image via Shutterstock

What’s interesting about this lens is its native Sony E-mount. The low price of $339 for such a fast lens could be very interesting for many video shooters and photographers as well, provided the quality is up to par. — Sebastian Wober

Read more about these Sigma lenses at Cinema 5D.

4K filmmaking has been big business for camera manufacturers. But now that the market is flooded with 4K options, manufacturers are turning their focus to higher resolutions. Enter Panasonic, who is planning to launch a 6K mirrorless camera sometime during 2016. This camera is rumored to be the GH5, the successor to the popular Panasonic Lumix GH4.

If this report turns out to be true, then it seems likely that the camera may be a GH5 that’s unveiled at Photokina 2016 this September in Cologne, Germany. — Michael Zhang of PetaPixel

Read more news about the Panasonic Lumix GH5 at Suggestion of Motion.

In other Panasonic news, the manufacturer is releasing a new version of the VariCam, its solid cinema camera. This new form factor, known as the VariCam LT, is compact and comes with pretty much the same specs as its big brother. The camera will release in March at a price point of between $18K-$24K.

As for the price, it’s coming in at a suggested list price of $18K, and $24K with their OLED viewfinder. It’s worth noting that list prices can fluctuate from actual prices, so this may not be set in stone and could be lower when it’s actually released in March. — Joe Marine

Read more news about the Panasonic VariCam LT at No Film School. 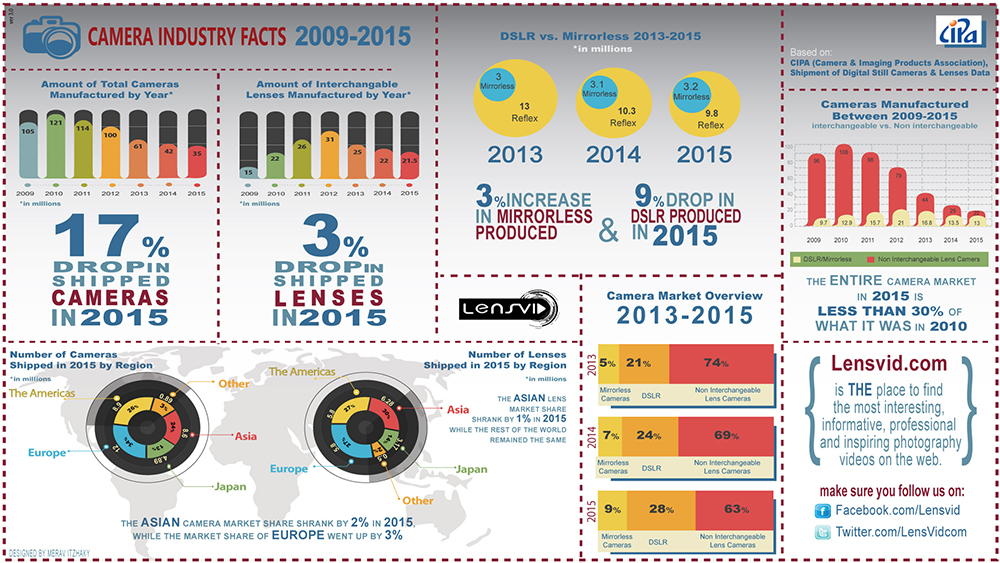 In a recent analysis of the camera industry based on statistics from LensVid.com, Nino Leitner uncovers a remarkable downward trend in the overall mirrorless camera market. Many believed that mirrorless cameras would dominate the market, but as you’ll read, that just isn’t the case.

It’s very clear that the glory days of photo cameras seem to be numbered—2010 marked the peak in numbers of cameras being sold overall, and in 2015, the total sales were less than ONE-THIRD of the total photo camera sales of 2010. — Nino Leitner

SmallHD makes some of the very best monitors in the business, and now they’re releasing a series of budget monitors for film and video professionals. The monitors feature 7″ screens with 1280 x 800 resolution and will be priced at $699.

With these two new budget options, the SmallHD 700 series becomes even more attractive, especially for mirrorless shooters or DSLR camera ops, who often struggle to focus and expose properly with the poor resolution and lack of proper tools on their built-in camera displays. — Ogy Stoilov

What did we miss? Got any headlines to share? Let us know in the comments below.