As an editor, you may not always think through the myriad of choices you have with regard to things like frame size, pixel aspect ratio, luma, chroma, alpha channels and field ordering each time you import an image into Avid Media Composer. But if you’ve ever been left with an imported image that doesn’t look the way it did before you imported it, you may be interested to learn more.  To understand everything about your options, check out the PremiumBeat blog posts Demystifying the Avid Import Settings Dialog Box, Part 1 and Part 2.  However, to get a step-by-step glimpse at how image size and pixel aspect ratio can affect the integrity of your image, check out this video tutorial.

This Avid Media Composer video tutorial will help you:

A summary of the specific formats and pixel aspect ratios, which were covered in this video tutorial: 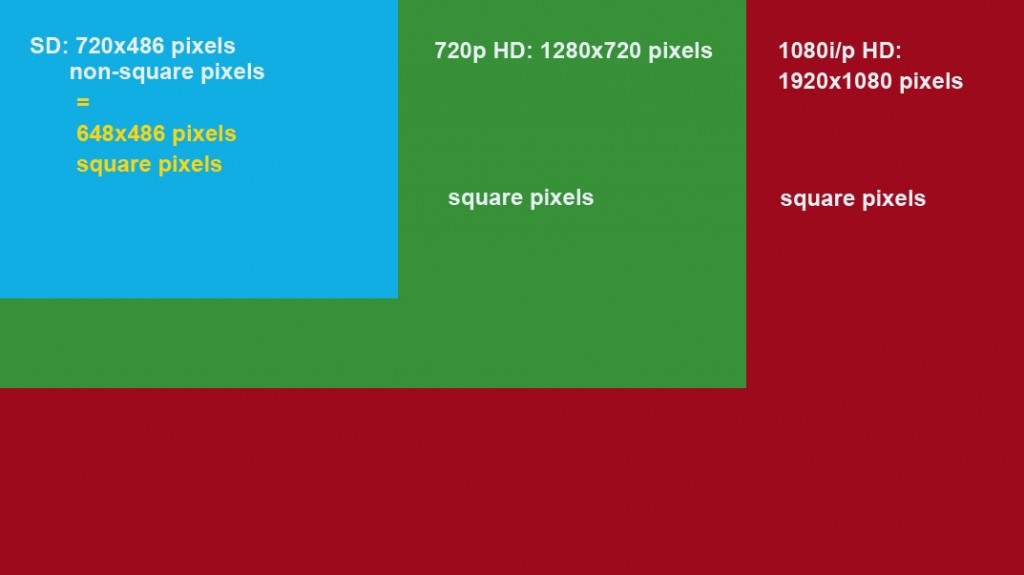 For HD projects, simply create the exact size of graphic for import as the video resolution.  For example, create a 1920×1080 graphic to be imported into a 1080i or 1080p project.

For SD projects, y0u need to compensate for size or pixel aspect ratio before importing into Avid Media Composer.

Hello. This is Ashley Kennedy with PremiumBeat.com, here to show you a little bit about the rules for importing graphics into Media Composer. Now, you might think, why would I need to watch a video tutorial on importing. That’s about as simple as it gets, right? Well, you would think that, but then again, have you ever seen a graphic that might have started off looking like this, and once you’re finished importing it looks more like this? Or a graphic that looks like this, but then looks like this after importing it? We’re getting a lot of unnecessary stretching and squeezing, and whether it’s a photograph or a graphic that you create in Photoshop, this can be prevented. If you’ve ever imported something into Media Composer, you might have just right-clicked and chosen “import”, and then navigated to the file that you wanted to import and just hit “open.” But, what I’m telling you is to pause a little bit, and go to the options menu, where we see a lot more that we can choose about how this gets brought in, as far as its size, its pixel/aspect ratio, its color, its alpha-channel and so on.

Now, this video tutorial won’t cover all of these options. In fact, we’re just going to focus on one. But, if you would like to know all of the ins and outs of all of these settings within the import setting dialogue box, I encourage you to go to PremiumBeat.com and read Demystifying the Avid Import Settings Dialogue Box, parts one and two. That will go through all the nitty-gritty details that concern this process. Those are available to you, right there on our blog. What we’re going to discuss is this point here, the image size adjustment and ‘image size for current format’. When this is selected, you’re telling Media Composer that the graphic or photograph that you are importing is sized exactly correctly for Media Composer. Let’s cancel this out, and talk a little bit about video resolution and pixel/aspect ratio before we launch into that. I have a graphic that can help illustrate some of these points. If we look here, standard-definition video in Media Composer is 720 pixels x 486 pixels.

There are two flavors of HD, 720p, which is 1280 x 720, and 1080i, or 1080p, which is 1920 x 1080. Now, there’s also other flavors of HD like Sony’s XD Cam, Panasonic’s DVCPro HD, HDV. But we’re not going to concern ourselves with those at this point. Really, we just want to talk about true HD. OK. If we look at the shape of the pixels or the pixel/aspect ratio in Media Composer, in standard-definition video the pixels are non-square. In HD video, you’ve got square pixels. Now, what does this mean? Well, by default, graphics created in Photoshop are square pixels. So when you’re sizing graphics for input into Media Composer, this is important. I’ll tell you, it’s most important for standard-definition projects, because with HD projects it’s pretty straightforward. You have Photoshop that creates its graphics using square pixels. Media Composer supports square pixels in the project, so you just create the graphics just as you see it. A 1280 x 720 graphic goes into a 720p project. A 1920 x 1080 graphic goes into a 1080i or 1080p project.

But let’s take a look at standard-definition. Because Media Composer has a non-square pixel project, you actually have to do a little bit of compensation in Photoshop, and create a 648 x 486 pixel graphic, because when it imports into this project, the pixels stretch to non-square. Therefore, you get the correct result. Let’s take a look at a couple of graphics so that I can show you exactly how this works. Now, this is a 720 x 486 graphic and a perfect circle inside of it. This is a 648 x 486 graphic with a perfect circle inside of it. If we go into Media Composer, and we import each of those graphics, again under options we’ve chosen “image size for current format,” which means that we’ve consciously and correctly sized our graphic for import into Media Composer.

We’ll go ahead and navigate to our two circles, 648 and 720 x 486. Open those up. You can see that my 720 x 486 is oblong, and my 648 x 486 is my perfect circle. So, in that sense, because I made my graphic 648 x 486, when it comes into a non-square pixel Media Composer project, the pixels stretch and I end up with my perfect circle. Whereas, with my graphic that is sized the same resolution as my video resolution here, you can see that it comes in incorrectly.

It’s a little bit complicated, but you can see that it does make a difference. This especially makes a difference on things that you need to be perfect, like logos and even human faces. Just so you know, this example pertains to a project that is 4 x 3 standard-definition. If instead you’re working with a 16 x 9 standard-definition, you’ll instead want to import a graphic that is 864 x 486 square pixels, so when we open that we again have our perfect circle. As you can see, all of these are fairly subtle changes, but you can see the difference between a correctly sized graphic and an incorrectly sized graphic, both for 16 x 9 and 4 x 3. It does make a difference, because when you’re not dealing with subtleties and you’re dealing with something that is definitely not sized correctly, this can be the result. Definitely make an effort to re-size your graphics in Photoshop, and re-size them correctly, so that when they come into Media Composer they look good. Now, I will just finish this tutorial by saying that there is one more way that you can make your graphics come in correctly, and that is by changing the pixel/aspect ratio within Photoshop, before you even import them into Media Composer.

So if I go into Photoshop and I create a new graphic, I’ll go ahead and just call this “sample.” I’m going to size this to be 720 x 486, which is the resolution of our video frame. Instead of having square pixels, I’m going to come down on “advanced” and change my pixel/aspect ratio from square, and we have a lot of choices here, but in this case I would want to choose this one here, DVNTSC. We’ll go ahead and create a perfect circle, which I do by shift dragging. Save that out. We’ll import it. Again, we have a 720 x 486 project, we’re importing a 720 x 486 graphic here. Now, this is a perfect circle because we compensated for the pixel/aspect ratio in Photoshop. Here’s the other 720 x 486 graphic, and you can see the difference. OK. A lot of technical stuff in this tutorial, but it is all very important. Just to reiterate all the information contained, I’ve made sure to outline this in the webpage that contains the video, so be sure to check that out. As always, remember to check back regularly at PremiumBeat.com for other screencasts, where we explore lots of exciting editing techniques in both Avid and Final Cut Pro. This is Ashley Kennedy with PremiumBeat.com.