What Privacy? New Device Allows Audience Feelings to be Tracked

Movie studios will soon know what an audience is feeling with a new emotion sensor.

In the midst the increasingly large discussion on digital privacy rights, there is a new device that might be even more intrusive than your government monitored cell phone. The London based company Studio XO has created a small wearable bracelet that can read and determine the wearers emotions. This technology was demonstrated at the Cannes Lions conference with a 2,300 person experiment.

The device is being marketed as a way to gauge how well an audience is emotionally responding to a movie. At a screening of assorted films in Cannes audiences experienced a roller coaster of emotional responses with some surprising (and not so surprising) results. When an audience member’s emotion is stimulated the wristbands will glow a certain color ranging from blue to green to yellow to red.

The experiment found that throughout the screening, audiences generally experienced emotions in the blue to green category. However, each time the audience was exposed to content that could be labeled “risqué” they saw a sharp increase in wristbands in the red category. 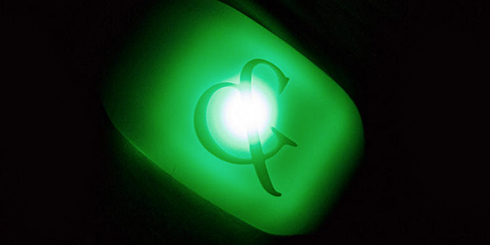 While the technology is currently limited to private screenings, Studio XO is hoping to make the wearable emotion technology a cultural norm. This is a shared hope by those in the advertising world, who would be able to custom tailor their advertisements to elicit the largest emotional response.

“We would increasingly have a more intimate relationship with our technology.” said Jai Menon, Dell’s chief research officer “As it learns our emotions, moods, and body responses, we would have greater trust in its recommendations.” Sounds a lot like a certain Spike Jonze movie.

Still no word on when or if this technology will be hitting more film festivals, but if you want to learn more about Studio XO’s work check out their emotional technology website.

What do you think of this invention? Is it ethically sound to track your audiences emotions? Share in the comments below.