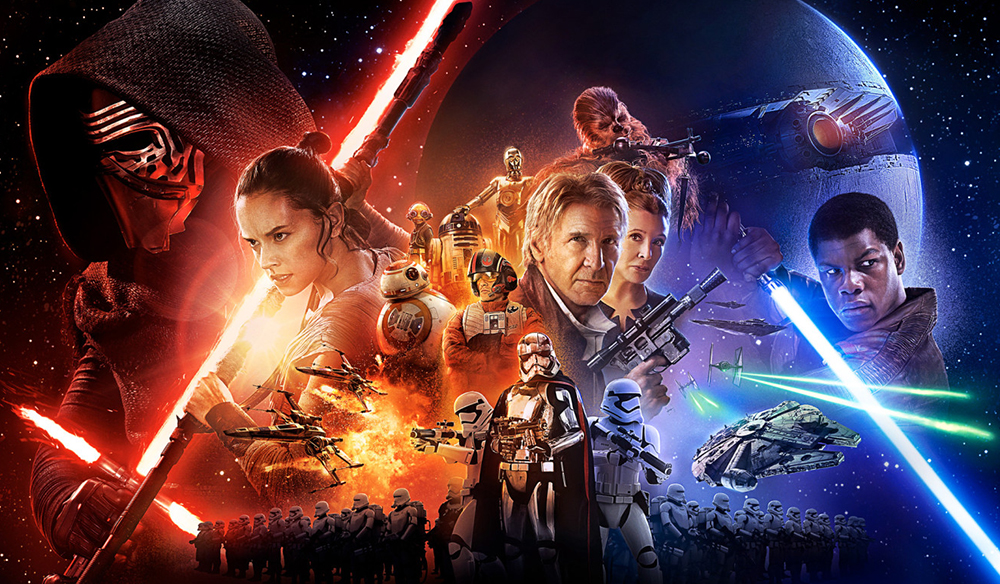 Why ‘The Force Awakens’ Feels Like ‘A New Hope’

As Disney prepares to release quite possibly the biggest film of all time, let’s take a look at why and how The Force Awakens feels like A New Hope.

When word came down that George Lucas had sold Lucasfilm to Walt Disney in an amazing $4 Billion deal, nerds around the world rejoiced, as many believed Disney would give Star Wars the Marvel treatment. This belief was fully realized within moments of the official word from Disney CEO Bob Iger. From that point on, fans of the saga hoped that the franchise would get back to its roots and away from the digital spectacle that was the prequel trilogy.

Many believed and hoped that legendary filmmaker Steven Spielberg would helm the relaunch of the franchise, but that was quickly shot down by Spielberg himself. However, Spielberg did have someone in mind to take the director’s chair, though Lucasfilm President Kathleen Kennedy didn’t think this director would want to revitalize another franchise. It took some coaxing from Spielberg and Kennedy, but J.J. Abrams jumped on board, and along with him came the classic characters from the original trilogy.

J.J. Abrams, Kathleen Kennedy and Lawrence Kasdan with the cast of Star Wars: The Force Awakens via Star Wars

Abrams knew that authenticity was paramount, and to ensure that The Force Awakens would satisfy fans around the world, he worked tirelessly to craft the new film with the original film in mind. Let’s take a look at exactly how Abrams crafted The Force Awakens using A New Hope, The Empire Strikes Back and Return of the Jedi as his benchmarks.

One of the factors that pushed Abrams to finally join as director of the newest Star Wars film was Kathleen Kennedy’s ability to hire legendary screenwriter Lawrence Kasdan, who penned The Empire Strikes Back as well as Raiders of the Lost Ark.

For the next full year, Abrams and Kasdan worked diligently to craft a story rooted in the original trilogy that could also lay the groundwork for future films. This process was incredibly difficult, but as Abrams recently said to AOL Build, their first goal was to create the main characters, create their motivation, figure out why the audience would care, and then develop the conflict.

However, in order to appeal to a broad audience, the writing duo knew they needed to emulate one major success of the original trilogy — the youthful main characters.

When Star Wars: A New Hope debuted in 1977, the cast of main characters was populated by young and largely unknown actors. Another aspect of these characters is that each one was flawed and not perfect, thus emulating the real struggles of the youth watching the film.

Luke Skywalker was a young teenager who dreamed of big things, but felt stuck in a small town seemingly going nowhere. This resonated deeply with many viewers.

It was brilliant not having to cast someone from the same old list of names. You don’t want somebody who was ‘that guy from some other franchise.’ You want them to entirely belong to this world. – Casting Director Nina Gold via Independent

With this in mind, Abrams and casting director Nina Gold began looking for largely unknown actors to play the main characters. The result is a mixture of actors that, in the end, mirror the cast of the original trilogy — a strong female lead accompanied by two male leads, one of which is confident while the other is unsure of himself.

But the thing that worked the best for the cast of the original trilogy is that they were largely unknown, which allowed the characters to belong almost entirely to the Star Wars Universe. For Abrams, it’s about sparking the imagination of today’s youth today, showing them they’re capable of anything, as he said to Good Morning America recently.

I’m looking forward to kids seeing this movie and to seeing themselves in it, and seeing that they’re capable of doing what they could never imagine was possible. – JJ Abrams

Designing a New World Based on the Old One

In keeping with the creative decision to use the original trilogy as the foundation and model for the new film, Abrams and his pre-vis team began developing the design and concept of the film. To help them achieve this, Abrams and his team employed many of the unused concept designs from original Star Wars concept artist Ralph McQuarrie.

As is evident in these pieces of concept art (and from what we’ve seen in the trailers for the film), the film nails the gritty aesthetic of the original trilogy. Everything feels old, worn, and past its warranty date.

Framing a Galaxy Far, Far Away

Next up, let’s take a look at the gear Abrams used to capture The Force Awakens. As was the case with the pre-production process, the director and his crew looked back to the original trilogy for inspiration here as well.

If you’re a fan of J.J. Abrams, then you’ll know he’s a huge advocate for film. While the vast majority of the film was shot using 35mm film stock, there were a few sections filmed in IMAX, as well as some composite shots done using both a RED EPIC and ARRI ALEXA.

But again, the majority of the film as shot using the classic Panavision 35mm camera, which is the same brand of camera and film stock that was used on the original trilogy.

Remember the saying “location, location, location?” Well, it applies greatly to film production. Luckily for Abrams, he had one of the very best location managers in the biz in Martin Joy, who oversaw the locations for Batman Begins, Skyfall, and War Horse.

Even more interesting than the actual physical locations for the film are the narrative locations. As Empire Magazine released back in late November, the planets we’ll see in the film are Jakku, Takodana, D’Qar and Hosnian Prime. We see three of these planets in the trailers for the film as one is a desert planet, one is lush with thick forests, while another is a frozen tundra.

What makes these locations so interesting is that they again mirror the original trilogy. In A New Hope we found ourselves on the desert planet of Tatooine, then in The Empire Strikes Back we started things off on the ice planet of Hoth. Finally, in Return of the Jedi, we visited the Ewoks on the forest moon of Endor. This is just another glaring example of Abrams using the original trilogy as a foundation.

With the right camera equipment in hand and the perfect locations scouted, all that was left to do for the crew of The Force Awakens was to bring those environments to life — but in a tactile way. As with every part of the process, Abrams once again tapped into the success of the original trilogy and, with a large team of skilled craftsmen, began actually building the worlds of the film.

For Abrams, this was one of the most important pieces of the process and what made the originals so special… the fact that the worlds felt real and that they actually existed.

While practical effects and sets aren’t used as much anymore due to the advancements in computer graphic technology, there’s just no way a CGI model can beat a well-crafted practical set. In fact, production designer Darren Gilford, who worked on Oblivion and Tron: Legacy, told IndieWire that Abrams directed them to craft the sets based off of the original designs.

J.J.’s mandate from day one was authenticity and being as true to the original trilogy as possible. And he felt the prequels were flawed by the fact that they had every [CG] tool known to mankind and used everything at their disposal. I use the metaphor of disco when the synthesizer came about and everyone was using it in any way possible. And I think J.J. wanted to reconnect with how the original films were made. – Darren Gilford via IndieWire

This firm foundation that is rooted in the massive success of the original trilogy should be one of the major reason why The Force Awakens will resonate well with fans, but also spark a revolution in the world of post-production.

As it stands now, there have been countless arguments made on the over reliance of CGI and less of a reliance on practical effects and sets. However, when practical effects and sets are used more abundantly, with CGI acting as a visual support, things seem to go extremely well and audiences sense the magic they once did. For production designer Darren Gilford, recapturing that child-like magic is key.

…it was about reconnecting with my childhood and playing with those toys and helping steer that for the next generation [so] some kid has the same experience that I had. – Darren Gilford via IndieWire

While the post-production process was the most vastly different portion of the film from the originals, it still retained the spirit of the originals. Abrams put a limit on the number of VFX shots in the film at 28 out of 357 total scenes. This number is strikingly low compared to other big-budget films of today.

Beyond the VFX of the film, the process to edit this epic took some time… and for Bad Robot editors Maryann Brandon and Mary Jo Markey, time was not something they had a lot of. Because of this, the editors and the entire sound and design team at Bad Robot relied heavily on Avid and its host of software, from Media Composer to Pro Tools, all running on the Avid ISIS Storage System, which allowed network-based integrated collaboration between the different post-production departments.

In the end, the team at Bad Robot was able to finish the fine cut of the film with plenty of time to spare — and then used that extra time to perfect upon what they believed was perfect.

The Same Old Galaxy Far, Far, Away That You Know and Love

For Abrams and company, using the original trilogy of films as a base to begin development was crucial, as this set a tone for the rest of the production process. Hopefully, starting today, we’ll be able to see those efforts pay off in a big way as we return to a universe that we know well.

With any luck, the next line of filmmakers who are taking on Star Wars films (like Gareth Edwards, Rian Johnson, and Colin Trevorrow) will see what Abrams has done and utilize the original trilogy as the foundation on which to build the franchise’s future.

Are you bored with all the Star Wares hype? Or are you like us and can’t get enough? Share your position in the comments below!