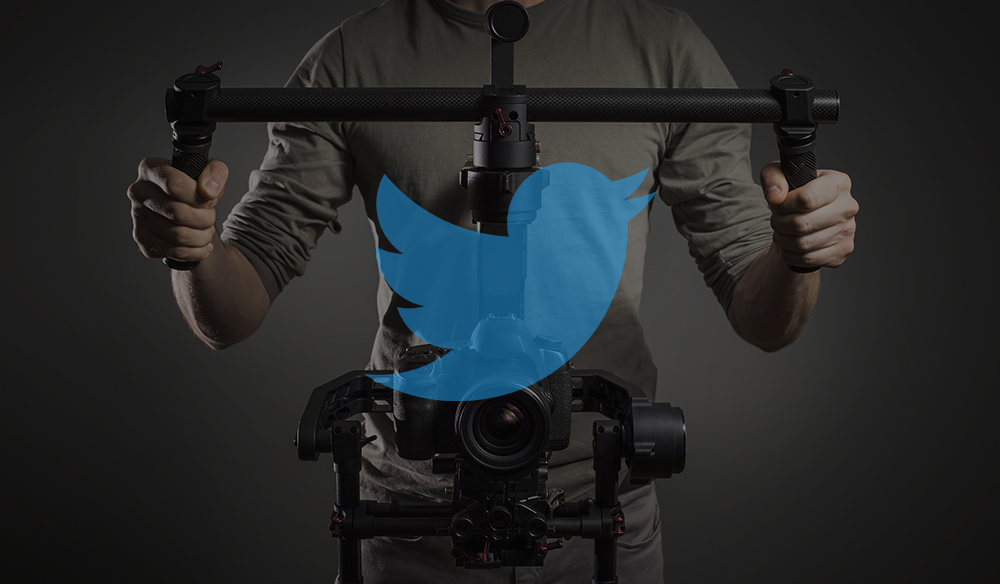 Looking for video production tips? Want to stay current with the latest in post-production news & events? Follow these film and video Twitter accounts!

Many of the influential Twitter users collected here are professional video editors who work daily in the film and video industry. Check out their latest projects and learn from their experiences by following with them on Twitter!

German editor and videographer Michael Schmidt is an active Twitter user, often sharing his expertise in post-production with the Twitterverse. Michael is an expert in DSLR video production/post and runs a blog dedicated this topic and more. Michael is a Final Cut Pro user and many of his tweets have to do with his positive and negative experiences using that application.

Many in the editing community may already be familiar with Atlanta-based producer/editor Walter Biscardi.  He is very active in the industry, often writing in trade publications, creating tutorials and troubleshooting for other pros in the Creative Cow forums.

Getting his start in the early 90s as an editor for CNN, Walter went on to work in many stages of production and post before creating Biscardi Creative Media. His active participation on Twitter is beneficial to his followers, as he helps them troubleshoot technical problems and shares his knowledge of video production.

Digital Video Mag is the twitter handle for Cristina Clapp of Creative Planet Network. Expect to find a wide range of video production topics covered on this Twitter account, from feature-film production to the latest cameras, links to examples of quality work being done in the industry, and bulletins regarding upcoming industry events. Follow @DigitalVideoMag if you want to stay up to date with the “things people are talking about” in production and post!

Larry Jordan may very well be known as “the Godfather” of Final Cut Pro! An expert on the application since its initial release, Larry is well known through the post-production community as an expert trainer and educator on the application. Larry’s twitter account serves as a platform for him to share his Final Cut Pro-related tutorials and tips. Improve your FCP skills by following Larry on Twitter — he’s often helping other users troubleshoot by offering up advice and suggestions! Be sure to check out Larry’s personal website as well, for tons more FCP related info.

@5tu is the Twitter handle for Stu Maschwitz, veteran post-production and visual effects expert. Stu is well known in the visual effects community, as co-founder of The Orphanage and former digital artist at Industrial Light and Magic. Stu is active on Twitter as well as on his own personal production and post blog, ProLost. His tweets often address topics such as cameras, post-production software, and production techniques — as well as interesting cocktails! He’s got a great sense of humor and is a fun and informative follow.

Final Cut Pro users may not recognize Graeme Nattress, but many will know the plugins he’s responsible for creating. Graeme’s transitions, plug-ins, and generators have been wildly popular with Final Cut Pro users. Today, he acts as a leading consultant to the film industry in the areas of workflow, image processing, and measurement/calibration. On Twitter, he’s very active in helping other video pros troubleshoot their projects and applications. Popular tweet subjects include video formats, Apple products, and tons of great RED cam/codec info.

If you’re interested in the business and future of the video production industry, keep your eye on Philip Hodgetts. Philip monitors the product releases and trends of the biggest players in video production and post, all the while sharing his views and findings with his Twitter followers. His opinions on the future of this field are quite interesting and well documented on his website, PhilipHodgetts.com. Combining business sense with technical expertise, Philip is an informative follow on Twitter!

Post Magazine is one of the industry’s leading publications, chronicling the latest in editing and post-production. Learn what tools are being used to create some of the biggest projects in film and television and who’s creating the content, with links to real-world examples and case studies. Hear about upcoming industry events and product launches. Geared toward the professional working in this industry, Post’s Twitter is a wealth of info for staying current on news, trends, and projects.

Washington, DC-based Richard Harrington is the man behind @rhedpixel and the successful production/post house of the same name. Richard is known in the video production, editing, and graphics communities as both an educator and content creator. He’s often spotted in the in the Creative Cow forums, as well as presenting at some of the biggest conferences and events around the world. As a certified instructor for Avid, Adobe, and Apple, Richard has become well-known as a video tutorial creator, blogger and author. Through his Twitter account, he shares his experiences in the industry and provides tips and (links to) tutorials for working with applications such as Final Cut Pro, AVID, and Photoshop. For those looking to hone their skills, Richard Harrington is a most worthwhile follow!

Andy Mees is a former software engineer who heads editing for the Asia Pacific region at one of the largest television networks in the world, Al Jazeera. He has written many plugins for Final Cut Pro that he continues to give away for free over at his site. Andy is a very active tweeter, where he comments about his personal experiences in the field, as well as thoughts on editing software and hardware.