Actual fire can prove a safety nightmare on set and simulated fire is difficult to create. In this post, we’ve rounded up a few examples of films and videos that got it right in post, complete with impressive VFX fire breakdowns showing how they pulled it off.

Over the last few years, post-production tools have become increasingly more sophisticated in the creation of realistic fire VFX. Third-party plugins for After Effects (including Trapcode Particular, GenArts’s Monsters GT and Phenomena from DigiEffects) make it accessible for motion designers and video editors to incorporate photo-realistic fire effects into video projects. Advanced users are going even deeper with simulators and render engines like FumeFX in 3DsMax and Maya, TurbulenceFD in Cinema4D, and Cycles in Blender to model physics-based smoke, explosions and fire VFX with advanced refinement.

The following impressive VFX fire breakdown videos demonstrate what’s possible when these tools end up in the capable hands of pro motion designers and VFX artists.

No fire VFX roundup would be complete without a mention of the ‘infamous’ Ghost Rider franchise. Although the plot and acting leave something to be desired, some of the effects in the films were impressive, especially in 2007 when the first film was released. Here are a few fire VFX breakdowns from the sequel, Ghost Rider: Spirit of Vengeance.

Bottleship VFX was employed to tackle the fire VFX sequences in John Woo’s epic period project The Crossing. In the following VFX breakdown, a battlefield is set aflame. There’s not a lot of information online about the tools used to create this scene, but with layer upon layer of smoke and fire, it’s certainly impressive.

80’s pastiche film Kung Fury nearly ‘broke the Internet’ when it was released earlier this year, racking up over 20 million YouTube views-to-date. With an intentionally over-the-top plotline, the film is dominated by  intentionally ‘cheesy’ CG shots, that are surprisingly well produced. After raising money on Kickstarter, director David Sandberg created the short film with a budget of $600,000… mostly from his grandmother’s garage (true story). Here’s a wholly composited explosion breakdown that Swedish animation studio Fido created for the film.

VFX Supervisor Josh Johnson took a minimal approach to fire effects with this PSA for volunteering. Some of the fire effects were created in post (Cinema 4D and TurbulenceFD) and then combined with live-action fire shot on set. The result is realistic and effective.

Holy compositing! For the opener of AMC’s Hell on Wheels, fire elements were shot in camera (Canon 7D), then composited and layered in post using After Effects and Cinema 4D. Additional smoke and ember elements were created with Red Giant’s Trapcode Particular. Insert the actor shot on green screen and you’ve got a memorable title sequence.

Here’s an interesting spin on fire VFX – broadcast graphics for an MMA/boxing event. The effect is a bit cheesy (it’s supposed to be) but it really works in this case – and it was created entirely in post. Spot created by Danish motion designer Arash Shadeh.

Jesse Pitela is a California-based motion designer who’s making a name for himself with his impressive VFX work. Although the following video is not technically a ‘breakdown,’ Jessie shows off some of his fire work… and it’s worth the watch. What I love most about his fire visual effects is A) they’re done completely in post — 3ds Max, Particle Flow, FumeFX, After Effects — and B) how incredibly organic they look. Nice work, Jesse.

Arguably the biggest music video success of 2015, Taylor Swift’s Bad Blood is an overload of VFX. Effects supervisor Grant Miller stated that out of 150 shots in the final video, only 2 did not include VFX… incredible. The Foundry, along with VFX house Ingenuity Studios, put together the following video so we could get a glimpse behind the scenes. There aren’t a lot of specifics online about the VFX tools used (besides The Foundry products: MODO 901, HIERO, MARI, NUKE and NUKE). However, this breakdown video sheds some light onto the process, showing a crazy combination of practical and digital effects. Jump to around 2:00 to see the fire VFX.

Got any favorite examples fire VFX that we didn’t mention? Let us know in the comments below! 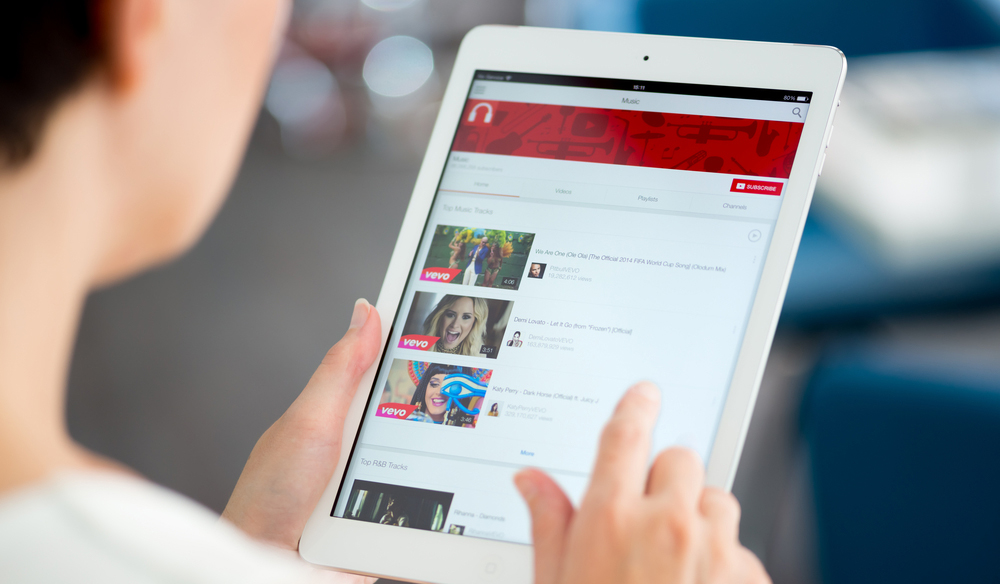 Royalty Free Music
Can You Use Copyrighted Music on YouTube?
A