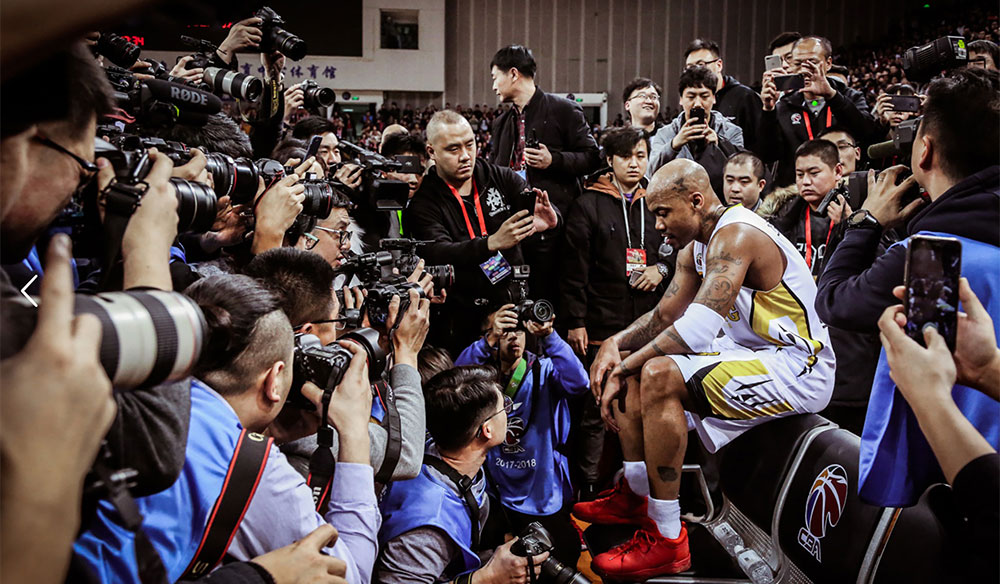 Incredible portraits of image-makers premiered at Tribeca 2019, and some new documentaries on the schedule affirm the value of intimate storytelling.

At this year’s Tribeca film festival, several new documentaries reveal the power of storytelling with a camera. Here are our thoughts.

When New York Post photographer Martha Cooper combed Alphabet City for filler images in the 1970s, street art was an emerging, ephemeral act of transgression. Graffiti was not her subject as a photographer — yet. She had something in common with these anonymous outsiders who created their own worlds on brick walls. Their game was creating joy from whatever was around. Cooper was drawn then to wonderment, especially as it belonged to kids who made their own fun in blighted neighborhoods while New York City’s real estate economy went awry. The images Cooper found between news stories were all magic amid everyday bleakness. You might recognize some of the children she photographed: a boy holding a spouting fire hydrant, a young man with a pigeon perched on his hand with the New York City skyline in the background. Artists like Shepherd Fairey and Banksy have appropriated Cooper’s images in homage.

Much of Cooper’s early work in New York City featured bold tags in the background. She later found kindred spirits in graffiti artists and became famous for documenting their work in her photo book Subway Art. Selena Miles’s first feature documentary, Martha: A Picture Story, picks up with the wide-spanning influence of that volume, referred to by so many street art enthusiasts and artists as “the Bible.”

The film immediately endears viewers to “Marty” Cooper and her work. At 34, she became the first woman to ever work as a staff photographer at the Post and started building the trove of effusive work catalogued in Martha: A Picture Story. Every quick-hit archival slide sequence and nimble, exacting cut is a hook in the infectiously vibrant documentary. Martha: A Picture Story is a film about how visual culture spread before the internet. The excitement of discovering that culture — and, for Cooper, what it was like to have seen it first and spread it around — is the heartbeat of the film. A soundtrack full of funk and groove matches both Cooper’s energy and that of her awestruck devotees.

Miles is a self-taught Australian filmmaker who’s made a clean jam of a hi-fi film with Martha: A Picture Story. Audiences get to see present-day Cooper in her 70s riding around with hooded graffiti artists, discussing the impetus for her work. The rush that got her back onto the street at night with these anonymous figures is so potent and light of heart. When a curator tells Cooper that people don’t take smiling faces as seriously when it comes to photographs, her laugh bounces through the stale white gallery around them. Cooper tours freestanding gate-protected graffiti walls in Miami and wonders if her pictures can still be relevant when the medium is so contained and easily Instagrammed. Martha: A Picture Story proves the usefulness of spirits like Cooper’s as cities gentrify and unsanctioned tags and murals — the record of a people’s history — are painted over.

All I Can Say

Blind Melon frontman Shannon Hoon was known in his inner circle for filming most every moment from 1990 until the day he died in 1995. Those evocative and private moments were stitched together by directors Danny Clinch, Taryn Gould, and Colleen Hennessy, who also credit Hoon as a director. The result is a bittersweet and heartrending tribute to Hoon’s undeniable potential as a filmmaker.

Hoon’s bandmates chide him constantly about “playing with his video camera” before high-stakes shows; his high school sweetheart Lisa demands he stop rolling when they’re alone. Moments throughout the film gently counter their naysaying and affirm the supreme value of the camera as messenger. The singer/guitarist tapes the television when news of the L.A. riots breaks and a reporter mentions an “amateur photographer” (George Holliday) who shot and released a crucial video of police beating Rodney King. Blind Melon’s video for “No Rain” is the reason the single reached number seven on the Billboard charts a year after the album is released, we learn via Hoon’s footage.

His sensibilities range from patiently neorealistic to tenderly goofy to jarringly personal. A Midwesterner through and through, Hoon appears as an unflinching yet gentle soul. He flushes a bad review down the toilet on camera and records a phone call with his dad on the eve of a jail sentence for a DUI. Hoon cheats out to the camera as he drives through Amish country near his hometown of Lafayette on the cusp of a move to Los Angeles, swims in a pool with his new fame-destined bandmates, and takes the first phone call in the delivery room with Lisa and his baby daughter. It’s the tiny, bored moments in between, too, that educate our senses on who Noon was and what his camera meant to him.

All I Can Say spells that out directly. A reporter asks Hoon about religious references in lyrics to songs like “Holyman,” and he responds tellingly: he doesn’t believe in religion, but he describes his experience of God as “sitting alone and talking to someone,” the ritual he’s kept with his camera. Hoon is seen and known most fully by the camera he is never without. That communion was something he wanted to share with the world. It’s toward the very end when he says it outright. “I want to get into film,” he confesses. Blind Melon is too big, life is too busy, he says. And it’s hard enough to break even on the road after trying rehab for drugs and alcohol. Hoon recorded himself in a hotel bed telling Lisa on the phone about how badly he needs to get off the tour bus and be there when their daughter says her first words. It’s the last frame of Hoon’s archive, taken hours before he is found unresponsive on that bus the day of his death.

The respectful channeling done by the team of filmmakers — especially Gould’s editing — was no less than a spiritual undertaking. The result of their care is a haunting film that feels true to Hoon’s vision expressed in his images and words. After becoming so enveloped in Hoon’s world, it’s feasible to imagine the musician being elated at the shape his work has taken. If only the ending could change.

A Kid From Coney Island 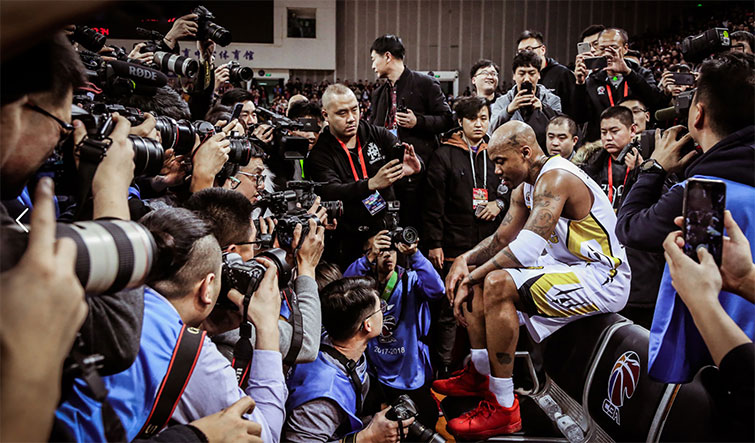 For every would-be public figure who is gifted at and interested in telling their own story, another is unable to synthesize their experience and appeal to others. Whole careers can depend on these forces. The media notoriously uses misunderstood NBA players as mainlines to gossip and drama. When Zatella Beaty’s deeply affecting Iverson came out in 2014, audiences finally absorbed the full story behind the 11-time NBA All Star’s irreverent exterior. Films like hers transcend years of soundbites heard by fans.

There’s a moment in A Kid From Coney Island when Stephen A. Smith explains it perfectly. The reason why Stephon Marbury was so loathed by Knicks fans, he says, is that he never formed a strong relationship with someone — a journalist, a coach — who could disseminate the message of who he is and where he came from. Filmmakers Coodie Simmons and Chike Ozah (Kanye West’s “Through The Wire” video) have done this for Marbury with touching depth in A Kid From Coney Island. The urgency felt by Marbury’s friends and family to convey his transformation is undeniable in this documentary, thanks to interviews filmed at wildly varying angles in vibrant setups tailored to each subject. Even claymation is used to articulate scenes from Marbury’s pressured rise to the Minnesota Timberwolves at 20 years old.

Rapper and close comrade Fat Joe, Marbury’s mother and siblings, and colleagues from the court facilitate a striking emotional range. The film runs at the speed of NYC street ball in telling the story of “Starbury’s” well-intentioned-but-failed $15 basketball shoes (LeBron ruined everything with his negative review), his standard-issue personality clash with infamously difficult Knicks coach Larry Brown, and his desire from early childhood to buy his family out of poverty with an NBA contract. We see present-day Marbury in the flesh when he leaves for China in exile and becomes a new person after the death of his father almost drove him away from basketball completely.

Scenes filmed in a Coney Island barbershop after Stephon retires show the NYC native expressing his aims in a way he never could before. He tells a small boy who has designs on joining the NBA that, sure, he could do that, or he could be the president if he wants. “You know my documentary’s going to be about you,” Marbury tells him.

To christen Queen Latifah’s effort to nurture filmmakers and accelerate gender and racial equity behind the camera, two short documentaries screened at Tribeca before debuting on Hulu this weekend. “Ballet After Dark” announces director B. Monet’s distinctive voice with a profile of Tyde-Courtney Edwards. She founded the so-titled dance therapy program for trauma survivors. As Edwards tells her own story, dancers appear to interpret the attack and aftermath in modes of performance art. The form borders on experimental while using artful elements to protect a grounded narrative. This is a difficult balance to strike. Monet proves it can be done with elegance. Ensemble ballet sequences filmed in a large abandoned building echo the breaks in Heidi Ewing and Rachel Grady’s 2012 documentary Detropia, when a young opera singer was shown testing the acoustics of ruin during short interludes. The inspired choreography acts as a cleanse for both the subject and the viewer who encounters the benefits of dance therapy in a visceral, active way.

B. Monet spoke onstage about how process-based mentorship through The Queen Collective via Procter & Gamble has changed her life. She appeared at the premiere alongside Haley Elizabeth Anderson, who directed the short “If There Is Light.” That film sees a mother navigating the hell of homelessness in New York City while ill through the eyes of her 14-year-old daughter, Janiyah, who candidly narrates the film. Both of The Queen Collective shorts testify to unyielding persistence, something the filmmakers said they learned as they networked with empty bank accounts and kept working despite feeling unseen. Latifah told director Dee Rees in an introduction Friday how women on crews of her projects are hungry for mentorship. She wants to help.

So many women, it seemed like they stepped out of a dark shadow and stepped up to me, and said, ‘Oh, I heard about your initiative. Are you guys still doing more movies? I want to direct.’ And I’m like, ‘Wow, I don’t know if you’ve said three words to me this whole year. I just see you take a camera here, take a camera there, take a camera here! But this resonated with people. Which tells me that there’s so many women out there just waiting for an opportunity, someone who understands what they’re trying to accomplish.

Cover image via “A Kid from Coney Island.”