Filmmaker Gotham Chopra talked to us about letting story dictate form, producing intimate docs on winners, and breaking down the “anatomy of greatness.”

The season finale of Stephen vs. The Game premieres Monday, July 29 at 8 p.m. EST on Facebook Watch. Concluding a series on Stephen Curry’s rise from NBA hopeful to six-time All Star, the episode wraps around the Golden State Warriors’ surprise loss to the Toronto Raptors in the finals — an event that, for many, marked the end of an era in basketball.

Gotham Chopra is the filmmaker behind the Versus stamp and a founder of the powerhouse collective Religion of Sports. As he wrapped up production on this pivotal installment of Stephen Curry‘s story, Chopra shared his mission for Versus and the freedom afforded by Facebook Watch.

PremiumBeat: The subjects you’ve chosen aren’t underdogs. Lauded as the best shooter in the NBA, Stephen Curry led the Warriors to three championship titles in four years. New England Patriots’ star (and Religion of Sports co-founder), Tom Brady, was the first quarterback in NFL history to lead a team to five Super Bowl wins. Were you concerned at all that their stories could plateau in victory-world?

Gotham Chopra: I’m always fascinated by people who are the best at what they do. I call it the “anatomy of greatness.”  What are the components that drive people to be the best? Athletes, because their craft is physical, bring a cinematic quality, which, obviously as a filmmaker, I really love.

In terms of Stephen and Tom, both of them have great backstories and have that edge that really drives them, which is great for storytelling. I never really worried about victory-world. We live in the world of non-scripted storytelling. You go where the story does, and I always have confidence in my team to make it interesting.

PB: Did you make these series with Facebook Watch in mind as an outlet? How did the partnership come about?

GC: Both players had relationships with Facebook and had done lesser profile stuff with them. Facebook Watch was just getting started when the opportunity with Tom arose. He and I had been talking about collaborating on something for a while, and then it was just timed great. Facebook has been an awesome partner. It’s a unique platform because of the communities that exist around certain subjects and personalities. That demands a different style of storytelling and depth because audiences are very invested.

PB: When you pitched this series to all relevant parties, what was important about the language you used in differentiating yourself from other contenders in the genre? To what do you credit the success of the pitch itself?

GC: With Tom and Steph, they are amongst the highest-profile people in sports (and beyond), so it wasn’t exactly a tough pitch. They have millions of fans and are highly sought after, and we live in a media world where cutting through the clutter isn’t easy and big names help enormously.

That said, we always try to have a point of view, a reason we are telling the story — something that really pulses at the heart of it. Just following around a celebrity with a camera is a reality show, which is less interesting to me. My team works hard at trying to understand our subject, what drives them, what their conflict is, and then we try to have that be the epicenter of the story.

PB: In the first episode of the Tom Brady season, Tom vs. Time, he reads his practice notes from coach Bill Belichick. The story begins in urgent present-tense. In Stephen’s debut episode, we see him first as a toddler, looking back with his family at his rise to greatness. What did you discover about structure from the first season to the second season?

GC: It’s mostly driven by the subject and the story we’re trying to tell — the POV. With Tom, the story was really about that season, his turning forty and proving the doubters wrong. We didn’t spend much time looking back, unpacking his backstory, or trying to do the definitive Brady doc. There was an urgency to it — will he or won’t he? — and that’s what we tracked.

With Stephen, even though he was younger, it was more about breaking down his story, going back and understanding the origins of his faith in the game. The episodes had a very different structure in that they dipped back into the past, while also tracking an A-story across the 2019 season.

PB: You segued from a fifteen-minute runtime to a half-hour runtime. What led you to make the decision to go longer for Season Two?

GC: Basically, the inclusion of Steph’s backstory required us to add an additional act to each episode, which made them longer. It was basically the structure of the storytelling that required more time.

PB: What did you learn about each player that most surprised you in the moment of shooting?

GC: With both Tom and Steph, I think I was surprised at how intensely they are able to focus, despite all the noise that is constantly surrounding them. They’re both under endless scrutiny. People love them. People hate them. The noise is ever-present and yet both just do what they do — at the highest level. It’s impressive. Just the success, the championships, and records — it’s the balance off the court. The stable families, happy children and wives. I really admire that with both of them.

PB: You’re credited as a cinematographer on the series. Were there certain scenes or interviews you wanted to shoot yourself, or did you pitch in as needed?

GC: I tend to form strong relationships with my subjects and because some of the moments are super intimate — with their families or their teammates, etc. — sometimes I will pick up the camera and shoot myself. I like to think what we lose in cinematic quality, we gain in intimacy!

I love great cinema and adore the talented cinematographers I work with, but I also really love the intimacy and rawness of just shooting with a subject myself.

PB: I learned about Stephen vs. The Game from a link in Curry’s Instagram profile. How are you marrying the feel of the series with the way it’s promoted?

GC: Both my creative team and FB’s marketing arm will create promotional assets. For us, it’s not rocket science. We know our subjects, we know the footage we have, and we have fun creating stuff that feels less formal and produced. To have Steph’s platform to promote the series is such an enormous asset. Millions of people have already signed up to follow him and want more storytelling around him.

PB: What have been your inspirations as you create short-form documentary?

GC: It’s a rapidly evolving medium. Long-form, short-form, mid-form, series, micro-docs, etc. I actually don’t really worry too much about format. I’m attracted to good stories and great characters. Usually, I find the story will tell you how long it wants to be.

In terms of sports, I think the 30 for 30 franchise really popularized the genre and made it more of an elevated art form — appealed to broader audiences than just sports fans, and opened the whole space to great filmmakers and storytellers.

GC: I have a small circle of people who I really trust — fellow filmmakers, people who may be fans of the athlete, and then others who don’t particularly care for them or even the sports that they play. Ultimately, we want to satisfy audiences that are made up of both the diehards, as well as beyond sports. I make tweaks every step of the way and then when I see them out there, I see other things I wish I could change! It’s par for the course.

PB: How do you see the genre of sports documentary evolving? What inspires you about the future? What is daunting, to you, about the direction of trends?

GC: I don’t think too far into the future. In general, I like to live in the present moment. It’s a great time for storytelling with so many platforms, formats, technologies, talent, and audiences that are on the hunt for great stories. I’ll be curious to see where it all goes! 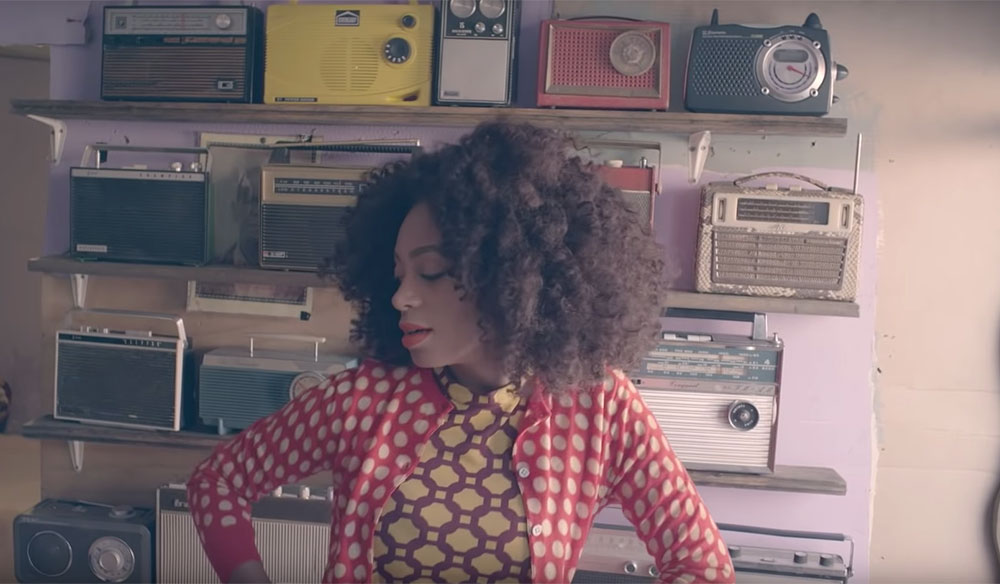