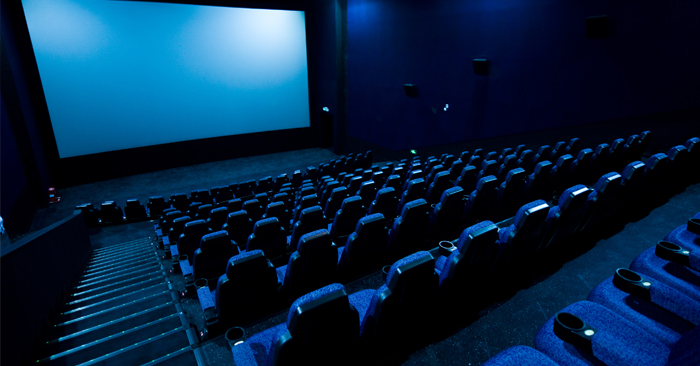 Your film’s trailer is arguably the most important element when it comes to the commercial success of your project. No matter what style or genre your film may be, there are certain universal rules that you should be following to ensure your trailer is as strong as possible.

Low budget independent films are notorious for having poor trailers. On the bigger budget side of things, large film trailers are most often cut by a dedicated trailer house who literally have the art of editing movie trailers down to a science. Some of these guys are so talented that they can take a very mediocre (or even poor) film and cut a mind blowing trailer from it. Unfortunately though, on the independent end of the spectrum trailers are often cut in house by the same editor that has just finished editing the entire film. This might not seem so bad on the surface, but in reality it can lead to the trailer falling flat in many ways, seeing as its editor may have little to no experience with trailers.

The good news is you don’t need to spend a lot of money or hire a dedicated trailer editor just to get a half decent product, you just need to focus your efforts in the right places. There are a lot of considerations to make when cutting your own movie trailer: length, pacing, tone, story, etc. and this post will focus on several key elements that all successful trailers share.

Lead with your film’s best moments.

Your trailer is essentially a highly condensed version of your feature, and in order to whet your audience’s appetite you need to start your edit by including some of your film’s best moments (with the exception of 3rd act material or any other spoiler moments). This point may seem obvious, but the truth of the matter is that many filmmakers are so afraid to give away important plot points in their trailers than they end up only leaving in some of the flatter or less important scenes to be used.

Don’t worry too much about what you’re giving away plot wise right off the bat (within reason of course) as you can always fine tune things later, but rather try to focus more on simply selecting the best content that you can. Great trailer material can consist of anything from punchy dialogue in a particular scene, to an outstanding performance moment, or a montage of beautiful imagery. Every film should be showcased differently, so you need to identify what it is that makes your film stand out and highlight those moments as much as you can.

The first step in editing your trailer should involve going through your master timeline and pulling together different types of material into their own individual sequences. For example, you might make a sequence of your film’s best imagery, and then a separate sequence of your film’s best dialogue. From there, you can cut things down even further by including only those moments that convey the essence of the story you’re trying to tell. By using multiple sequences to break down your story, you will effectively force yourself to rebuild your trailer in a way that is truly geared towards the trailer format, as opposed to just cutting down a 90 minute film into 2 minutes. It’s also extremely important to remember that your teaser may tell a slightly different story from your film and that’s perfectly fine. Your trailer, more than anything is a marketing piece designed to attract audiences, so if you are able to connect with your viewers and get them wanting to see your movie, then you have done your job.

Perhaps more importantly than anything else when it comes to trailers, is the rhythm of the edit. Even though your trailer’s rhythm might not fully come together until you’ve gone through multiple edits, the general rhythm and tone is something that you really need to have a sense of before you even start cutting.

The best starting point (especially for editors that are new to this) is to give your trailer a three-act structure. Just like your movie, your first act should showcase your characters and their setting, the second act must illustrate the complications and obstacles the characters experience in their world, and for act three you want to show how these issues become intensified. Don’t make the mistake though of literally using material from act 1, 2 and 3 from your film, but rather create new acts that are primarily pulled from act 1 and 2A of your feature. You want to build excitement and it’s primarily through rhythm and pacing that you can achieve this. If the trailer has no rhythm to it, it doesn’t matter how great it looks and how many awesome scenes were cut into it, audiences won’t respond well.

Be extremely picky with your music choices.

Selecting the right music for your trailer is arguably the most important factor with regards to overall audience perception. Music is integral to the cinematic experience across the board and picking the wrong music will not only clash with the true nature of your film, but may leave your audience feeling disengaged and uninspired. It’s often tempting to hear a track, cue, or score and want to cut your trailer to that music – even if it isn’t the right choice. Music is subjective and one of the most common mistakes that editors/filmmakers make when choosing music (for their trailers or otherwise) is basing their choice purely on personal preference. Obviously as an artist you want to put your stamp on things and use music that is true to who you are as a filmmaker, but there is a very thin line between staying true to your vision and dropping in music that you simply like, but that isn’t actually right for your film.

Always put your film first, and understand that trailer music needs to be able to lead an audience through a variety of emotions in order to truly make an impact. If you have a great track in mind for the trailer, but it doesn’t have enough peaks and valleys, or the lyrics contradict the imagery, or there are any other number of potential red flags – stop right there and look for something else. I can’t stress enough how important it is to find the right score (or cues) for your trailer, so always give yourself enough time to make the right choice.