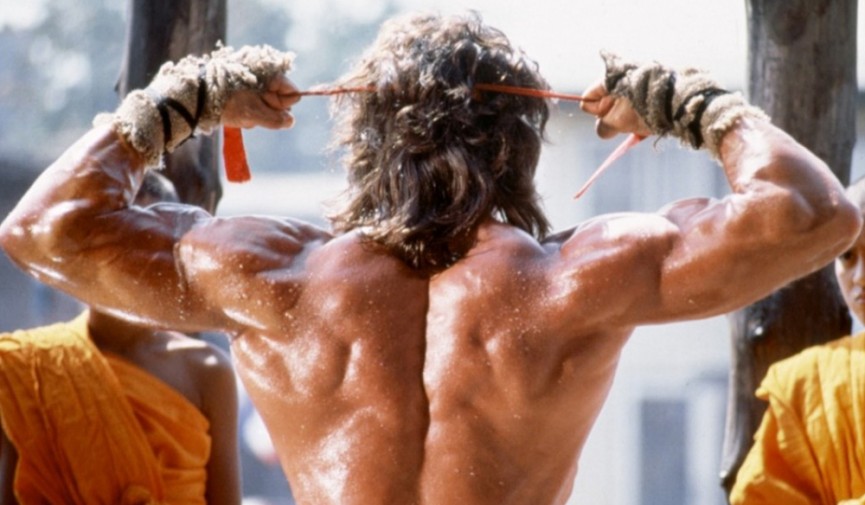 The 3 Ingredients of a Thrilling “Gear Up” Montage

The “gear up” montage is a fantastic way to prime your audience for action. Send the hero of your next project into battle with three simple ingredients.

Lock n’ load. Suit up. Let’s do this. Roll out. This style of scene — the “gear up” montage — goes by several different names. But no matter what it’s called, nothing gets an audience more pumped than to watch a hero get suited up for battle in an action film.

Think of Ripley and Hicks prepping their futuristic weaponry for a Xenomorph encounter in Aliens or Bruce Wayne suiting up in the Bat Cave. Think of Rambo tightening his bandana and sharpening a huge blade. Schwarzenegger tying grenades to his Commando vest. Ash strapping a chainsaw to his arm and then sawing off the end of his shotgun.

So what exactly makes a gear up scene so exciting? If you watch enough of these, you’ll begin to see some similarities. Let’s break it down into three simple ingredients.

The first and most obvious element is the close-up shot. You can’t make a gear up scene without showing all of the gear. This is truly the meat of your montage. Show the gear through a barrage of quickly cut close-up shots.

Watch any Edgar Wright film and at some point you’ll find a perfectly crafted gear up sequence. Shaun of the Dead, Hot Fuzz, and Scott Pilgrim vs. the World all have masterfully edited gear up montages. Wright uses close-up shots with crash zooms, whip pans and white flashes to create beautiful and thrilling sequences.

The unsung hero of a good montage is the audio. While the visuals lay the foundation, the sound effects and epic music help emotionally engage and excite the audience.

I remember the thrill of seeing the suit-up scene in the first Iron Man film, watching close-ups of Tony Stark’s suit latch together around him. The underlying music and the sounds of pneumatic tools and metal clanking really brought the scene together. Now I’m always excited for every new Iron Man appearance in a film, just to catch the new gear up scene.

The third and final ingredient of the gear up scene is the revealing wide shot.

Almost every classic suit up scene ends with a slow zoom to a wide shot of the protagonist, loaded to the gills with gear and ready for combat. The classic visual is Arnold Schwarzenegger in Commando, picking up his rocket launcher and slinging a rifle over his shoulder as light rays stream down in the background and the music crescendos.

So, next time you’re about to go into battle, remember: Close-ups. Sound effects and music. The final wide shot. With just these three elements, you can add intensity and thrills to any film or video project.