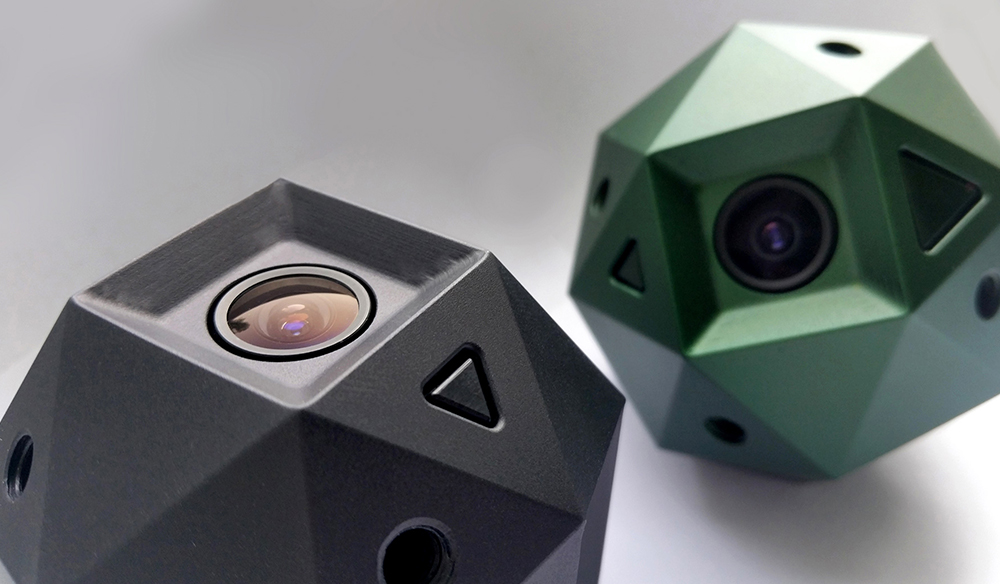 These 360 cameras are perfect for VR filmmaking and video production. Let’s take a closer look at what’s out there.

If you’ve ever seen a 360 video in VR, then you know how amazing this emerging technology can be. However, 360 video is in its infancy and it can be confusing to sort out all of the new technologies hitting the market. So whether you’re looking to buy a new 360 camera or if you are simply interested in the industry, here is a buying guide for 360 spherical cameras.

The majority of 360 videos shot by professionals utilize a multi-GoPro rig. This is mainly because GoPros shoot decent footage and are so small in size. While this technique can take a lot of time to setup, a GoPro rig is the way to go if quality is the most important thing for you. It’s also important to decide if you want to shoot in monoscopic (2D) or stereoscopic (3D). If you want to shoot in 2D, you can get by with as little as six cameras. But if you want to shoot in 3D Stereoscopic, you will at least twelve cameras. Google’s popular Jump rig uses sixteen individual GoPros which can cost a lot of money, as you can imagine.

There are a lot of different places making GoPro rigs with different features. For example you can purchase a six-camera underwater rig or even 3D print your own GoPro 360 rig.

The Ricoh Theta is probably the easiest 360 camera to use on this list. A Theta is an all-in-one camera that will produce seamless 360 footage that can easily be dropped into your video editing software of choice. The footage quality is not fantastic. In fact, if you are trying to shoot professional 360 footage, you might want to look for another camera. But if you simply want to shoot pain-free 360 footage, the Theta M15 is the way to go.

If you want to shoot action footage, then a 360fly might be for you. The camera is incredibly rugged and can easily be attached to a helmet, car, skateboard, and more. Like the Theta, the 360fly shoots HD video, which is not necessarily a good thing for 360 footage. The 360fly also has some of the worst chromatic aberration (purple fringing) I’ve ever seen. On the plus side, you can review 360 footage using an iOS device via a bluetooth app.

The Theta S is a much appreciated update to the original Theta. While early test footage is still not quite as sharp as a GoPro rig, it’s certainly a step in the right direction. I fully expect the Theta S to be a great 360 camera for casual 360 video lovers. Plus, the new Theta S will feature live-stream capabilities that will allow you to output HD 360 video via a mini HDMI port. And like the 360fly, the Theta S will have a live-view app for monitoring and editing your footage on the fly.

360Cam is a great camera that has been plagued by release delays. The footage we’ve seen is definitely comparable to the Theta S, but you can’t record directly below your feet when using this camera. The 360 Cam can record still photographs and video, both of which can be monitored with an accompanying iOS app. The 360Cam can also be mounted into a light socket for 360 security purposes. 360cam is also working on Google Street view integration so you can easily upload your 360 images.

The ALLie Home is more of an inside 360 camera, as it can only be used with a wall socket. However, the camera is incredibly diverse in terms of features. The camera can stream video to the cloud for up to 72 hours, making it a great camera for timelapse and security purposes. ALLie is being marketed as more of a security or event camera, so I don’t recommend buying one if you want to record outdoors.

Out of all the cameras on this list, the Sphericam 2 is by far the most professional in terms of footage quality. Using six built-in cameras, the Sphericam 2 records live-stitched video in 4K at 30fps. If you want even higher-quality footage, you can record each camera to a separate card at 60fps. The camera has four built-in microphones for surround sound. The camera also has six tripod mounts, making it incredibly diverse.

It’s safe to say that we will be seeing more and more 360 cameras as the years go by, but for now these are the 360 cameras you need to know about. We’ll create a new list when more cameras are announced.

If you want to see even more 360 videos, I highly recommend checking out YouTube’s 360 video channel.

What 360 cameras have you used? Do you have any personal recommendations? Share in the comments below.