Finding the right actors for your independent film is always easier said than done. The casting process can be quite tricky but the 5 tips that I’ve outlined below will undoubtably help you get better results in the casting room.

All of these tips are focused on the creative aspects of casting, and their purpose is to help you get the right talent attached to your project – not necessarily to provide a how-to guide for a casting call.

If you’ve never held a casting session, you’ll probably want to do some homework before approaching the aspects of the process that I’ll describe next. It’s very important that you know how to actually get actors into the room and how to run a casting session on a basic level. Once you’re able to nail the logistical side of it, you’ll be ready for the fun (but challenging) creative part. Let’s look at the tips:

Image from The Catskill Chronicle

One of the mistakes I made when I first started to hold casting sessions, was I would bring in way too many people. Rather than pre-screening the actors diligently as I should have, I brought in just about anyone that applied as I was worried that I wouldn’t find the right one if I didn’t bring in everybody.

It’s no coincidence that over the years my casting sessions have gotten smaller and smaller and yours should too.

The fact is, the more people you bring in to audition, the less time you can spend with each of them. Why not pre-screen your talent by really going through their resumes and head shots beforehand, so that you can just bring in the people that you instinctually feel could be a good fit? This will mean more time with the right people and a session that isn’t cluttered and confusing.

2. Direct As Much As Possible 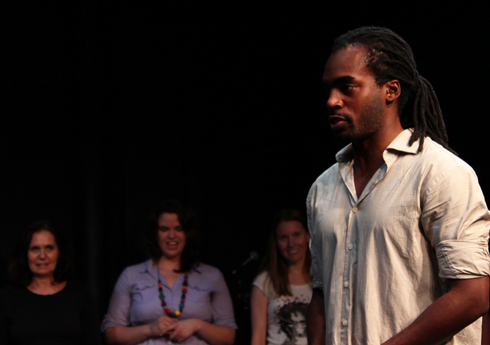 If an actor doesn’t nail the first take of their audition, don’t just throw them out of the audition room. More often than not, the actor in front of you is much more capable than they may seem, but just don’t ‘get the scene’. And can you really blame them? Often times they are given 2 – 3 pages of sides and expected to play the role as well as they would if they knew the script and character inside and out.

Give some direction and don’t be afraid to do 2 or 3 takes if you need to. This advice is also true for actors that are nailing it right off the bat. Give direction and feedback to see how they react to it. This will help you gauge how versatile they are.

Sometimes you’ll have an actor come in that is perfect for the scene, but maybe not the part, because they are not versatile enough. 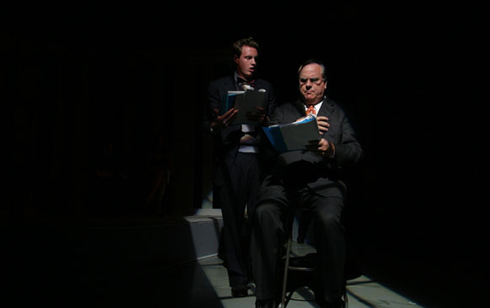 Traditionally, casting sessions can get pretty crammed. Even if you took my advice about being more selective about who you bring in, you are still bound to run behind at some point as actors pile up in the waiting room. The last thing you want to do in this situation is rush through auditions as you’ll miss out on having the ability to give direction and see how the actors can really work.

The best solution to this situation is to start bringing in actors together. If there is a 3 person scene and you have actors for each of the 3 characters in the waiting room, bring them all in. It will not only make things more efficient, but more importantly it will give you an even better view of how your potential talent can work with other actors.

Never assume that you will find your talent on day one – even if you’re only casting a single person. Many directors are overly optimistic before a casting session and make the mistake of not doing callbacks.

If there is one thing you absolutely have to do during the casting process – it’s callbacks.

Callbacks will give you an opportunity to see a different side of the actors that you liked, try out new scenes with them and bring in some new actors that couldn’t make the original auditions. At the end of the day, it may be a bit of a pain to do a callback or two, but you’ll be a lot better off than if you only do a single day and wind up casting the wrong person for you film.

5. Use A Casting Director (But Only Sometimes)

In this day and age it’s pretty easy to hold a casting session yourself, and many filmmakers who are on a tight budget will bypass using a traditional casting director for many reasons.

There are some situations though, where a casting director is a great option, regardless of your budget. For instance, if you’ve held multiple casting sessions and no one was clicking for you, getting a casting director involved will change everything. They can bring out people that you wouldn’t otherwise have access to and will take care of the difficult legwork for you. And if you do have a decent budget to work with, it’s even more essential to use a casting director. They can get you access to name talent (at least the good ones can) and they will be vital to your process in the end.

One last thing that I’ll leave you with is this – Being selective is the most important thing you can do. If you can remain selective throughout your process, you will be in the best possible position to find the right person.

This may seem like common sense, but it is really important to remind yourself of this throughout the process and it’s easy to forget where the bar is set once people start coming through the door. This is your film, and the cast is going to single handedly define your film more than any other element in the creative process.

Make sure you hold your actors to high standards and strive to find talent that will make your vision come to life.